Ind vs Aus: We let down ourselves with our fielding, says MS Dhoni

MS Dhoni argued that India's faltering bowling unit is just not experienced enough for this series against Australia. 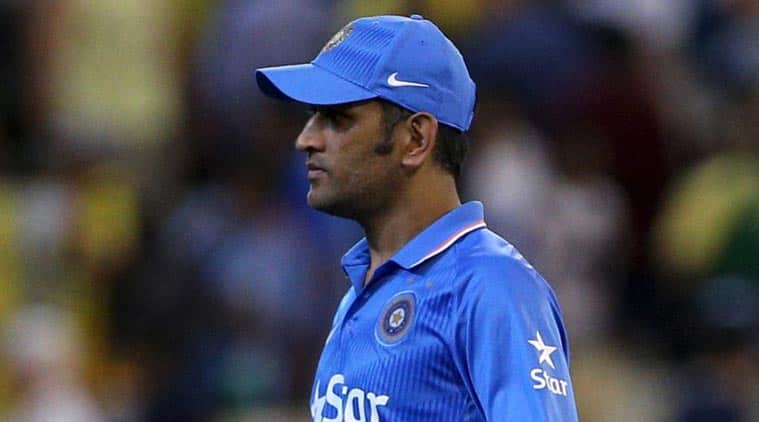 MS Dhoni has had a rather quiet outings with the bat in the three ODIs of the series. (Source: Reuters)

Indian skipper Mahendra Singh Dhoni made light of the criticism he is facing in the wake of continuing poor results by saying that a review of his leadership can be done only through a PIL. (PHOTOS: Kohli ton in vain)

India on Sunday suffered a third successive series defeat under Dhoni when the side conceded an unassailable 0-3 lead to Australia following a three-wicket loss in the third ODI in Melbourne. (REPORT: Australia win series)

“There will be a conflict of interest if I start reviewing my performance. We would have to put a PIL to judge my performance as the skipper,” Dhoni said jokingly at the post match press conference.

On a serious note, he argued that the team’s faltering bowling unit is just not experienced enough.

“It is not about the leader. I am captain at the moment and somebody else will come later. It is more important to see the areas we are lacking, the departments which have to improve when it comes to shorter formats.

“We don’t have a seaming all rounder so let’s not even go to that topic. If you see this series it is a relatively inexperienced bowling lineup. Ishant Sharma has played a lot of international cricket but he is not someone who has been consistently part of the format.

“Umesh Yadav has been on and off and there are others who have made their debuts here. So we have to assess right now is how good the individuals are and what are they doing and what’s their rate of development,” Dhoni said.

Once again though a top-order batsman’s effort went in vain. After Rohit Sharma’s two hundreds in the first two games, it was Virat Kohli’s turn this time, as his 24th ODI century came in losing cause.

Dhoni lauded the progress Kohli has made in his career, having seen him from a very young age.

“He has consistently performed and improved his performance. He is the best amongst the Indian batsmen, along with Rohit in the shorter format. Today the way he paced his innings, it was slightly different to the first two games. But he reads the game really well, which I think, is very important in the middle overs. Virat is somebody that we’ll have to look up to in the future, because he’s somebody who will take the team forward for a long time,” Dhoni said.

“He (Kohli) is one youngster who has developed really well. I still remember the days when he was part of the side at first, then he was dropped and then he came back in. It was in the Sri Lanka series I remember, and he opened for us and then he batted lower down for us.

“I always felt he was a top-order batsman and once he got the chance he grabbed that opportunity. Nobody even talks about anyone else at that slot which I feel is the good part,” said Dhoni.

Talking about the outcome of Sunday’s match, Dhoni blamed poor fielding for the defeat.

“The three matches were close games. In the first two games we thought maybe 10-15 more runs would have been good. There was definitely pressure on our bowlers, but today the bowling was decent. We let down ourselves with our fielding. The best fielders in the group actually left quite a few deliveries and you accumulate those team runs, then the change around could have happened,” said Dhoni.

India made two changes for this must-win game, with Gurkeerat Mann and Rishi Dhawan handed debuts on account of their all-round capabilities. R Ashwin and Manish Pandey made way for them in the playing eleven.

“I thought he (Ashwin) bowled well in the last game but it was the only slot available for trade. Because we couldn’t have dropped Ravindra Jadeja and played with Gurkeerat Mann and Rishi Dhawan as that makes batting slightly difficult. We needed that extra bowler also and for that we had to leave Manish Pandey out.

“So that we could bring in Gurkeerat who could bowl 4-5 overs of spin if needed, and that was the reasoning behind it. We also wanted to see what Rishi has to offer and I felt that he bowled decently in this game. With 2-0 down in the series, this was the only game where we could have made these changes,” said the skipper.

Australia were in a spot of bother when they were six- down at one stage. But Glenn Maxwell played an uncharacteristic innings of 96 to take the side home.

“It was an evenly-placed game at that point of time. There was a bit of dew also which meant the wicket would get slightly better. But at the same time, if we would have not given easy boundaries, we would have been able to maintain some kind of pressure that induces a false shot. There were a lot of misfields and that takes the pressure off the batsmen,” said the skipper.