‘We used to quash seven-times bigger India in cricket’: Imran Khan at Davos

Imran Khan asserted that Pakistan was previously a big force in other sports like hockey too, but of late, the growth has taken a hit because of entrenched corruption in the last few decades. Pakistan Prime Minister Imran Khan resorted to a cricketing analogy to present his country’s case about its potential at the World Economic Forum (WEF) 2020 at Davos, Switzerland on Thursday. He said that Pakistan used to thrash seven-times bigger India in his heydays and were seen as a force to reckon with.

The former cricketer-turned-politician asserted that Pakistan was a big force in other sports like hockey too, but of late, the growth has taken a hit because of entrenched corruption in various sectors in the last few decades.

“The founding fathers of Pakistan were brilliant and men of complete integrity. They wanted Pakistan to be humane, just society for welfare. But we deviated from that vision. We have to restore the vision for which this country was founded,” Khan said.

“When I was playing cricket, India was seven times of our size but we regularly quashed them. In hockey and so many other games also. We were great,” he added at a breakfast session on the sidelines of the WEF 2020. 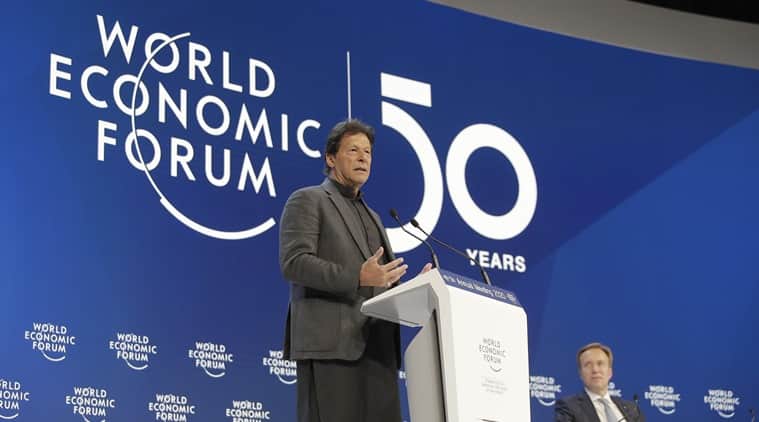 At the Pakistan breakfast session hosted by Pathfinder Group and Martin Dow Group, the 67-year-old also recalled struggle during initial years in politics, and stated that his involvement in cricket has taught him a lesson or two.

“There is no sympathy for losers,” Khan said talking about how he realised that there is no prize for coming second in the world of sports.

READ | I will fix the Pakistan cricket team: Imran Khan

Earlier, in his keynote speech at Davos, Khan said that trade potential in Pakistan will grow exponentially once relations with India become normal.

Later, during his meeting with US President Donald Trump, he said that India is a big issue for them and he hopes that the US will play its part in resolving the Indo-Pak issue.

ByteDance is seeking a new CEO for its TikTok business