Teams will be allowed to replace players displaying symptoms of COVID-19 during a Test match.

ICC has also approved a relaxation of rules on apparel logos.

The International Cricket Council (ICC) on Tuesday announced interim changes to playing regulations which include Covid-19 substitutes for Test cricket and a ban on the use of saliva to shine the ball among others. However, the subs for COVID-19 will not be allowed in ODIs and T20Is.

In a statement released on its website, the ICC wrote: “Teams will be allowed to replace players displaying symptoms of COVID-19 during a Test match. In line with concussion replacements, the Match Referee will approve the nearest like-for-like replacement.”

On the ban on applying saliva to the ball, it said: “Players will not be permitted to use saliva to shine the ball. If a player does apply saliva to the ball, the umpires will manage the situation with some leniency during an initial period of adjustment for the players, but subsequent instances will result in the team receiving a warning.” 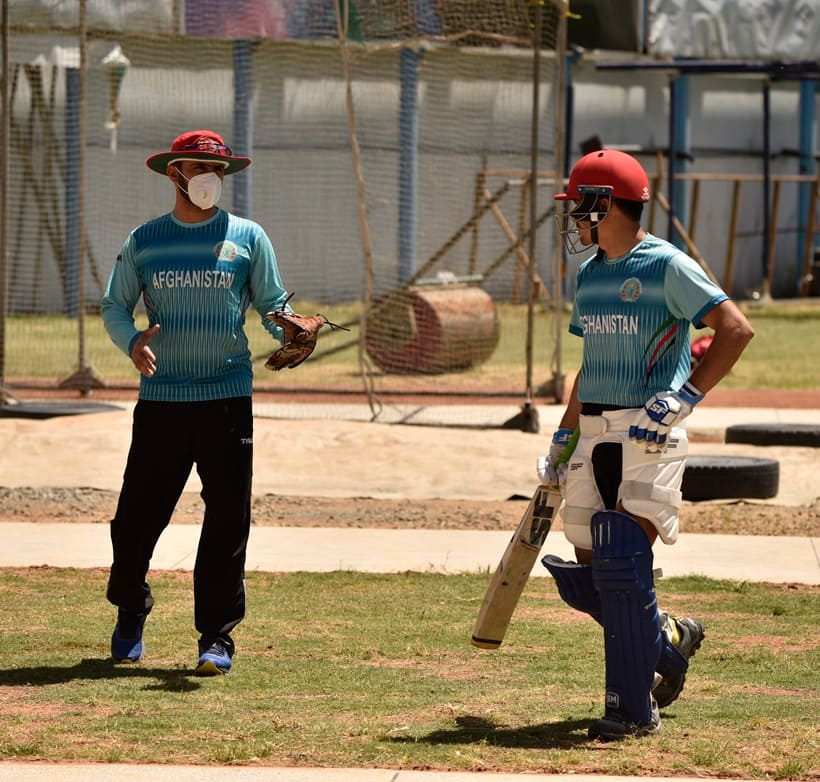 Afghanistan cricket team in a practice session amidst the Covid-19 pandemic. (Source: ACB)

“A team can be issued up to two warnings per innings but repeated use of saliva on the ball will result in a 5-run penalty to the batting side. Whenever saliva is applied to the ball, the umpires will be instructed to clean the ball before play recommenced.”

ICC has also done away with neutral umpires in all international games.

Further, teams will also be allowed to have an additional unsuccessful DRS review in each innings of a match due to the fact that there may be less experienced umpires on duty at times.