Bharat Sundaresan in his book 'The Dhoni Touch' explores the mind and methods of Indian cricket’s most fascinating character. Here are some excerpts from the book 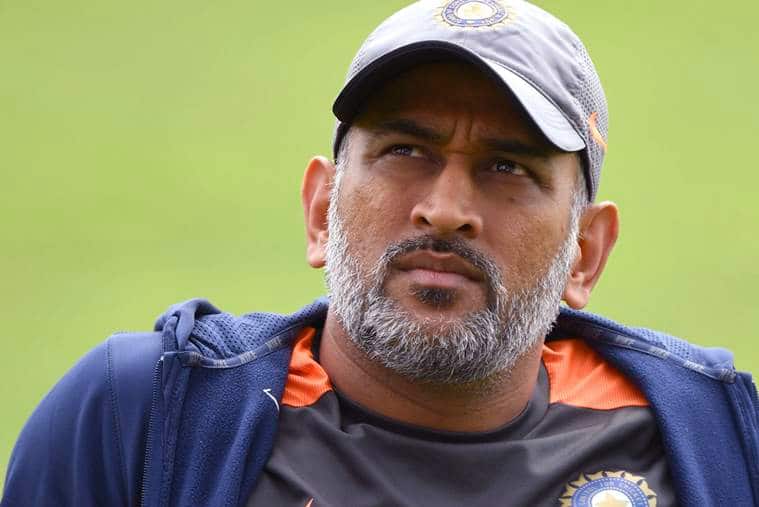 There is a thin line between being strong-willed and being adamant. MS Dhoni has tiptoed and crisscrossed that line repeatedly as a captain. It could happen while backing a player or to show up one that he didn’t back. (Source: AP)

In February 2008, India were chasing down a facile total of 160 against Australia in the Commonwealth Bank Series at the Melbourne Cricket Ground (MCG). It was only the fifteenth ODI as captain for MS Dhoni, and he was at the crease with Rohit Sharma. With 10 runs to win, he called for a needless change of gloves. In cricket, it’s generally with a pair of gloves that you see information arriving from the dressing room. Dhoni was doing the opposite though. He was sending a poignant message back to the pavilion. ‘Nobody will celebrate on the balcony once we win this match.’

Meanwhile, in the middle, Dhoni was handing down instructions to Rohit, on how the youngster should conduct himself while shaking hands with the Aussies once the match got over. He wanted it to be as tepid as possible. ‘When they give their hand, just firmly hold yours out without folding it like an obligation, but don’t overdo it. And just stare blankly at them without any hint of excitement.’ 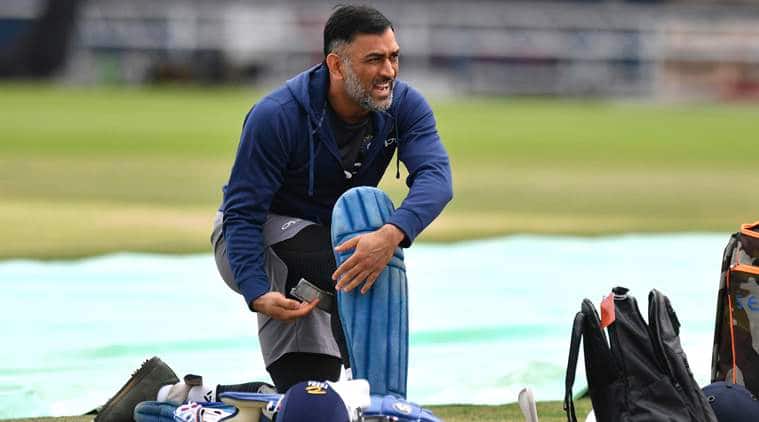 This was back when the Australians were still at their indomitable best. Beating them meant a big deal to any opposition, that too in their own backyard at the mighty MCG. It was a period when Ricky Ponting’s team believed that every loss was an ‘upset’ and not just a win for their opponents. India had dominated this particular match from the beginning. Ishant Sharma, Sreesanth and Irfan Pathan had gathered nine wickets between them and shot out the hosts for just 159. India had more or less cruised to their target and now Dhoni the rookie wanted to give his all-conquering, world-beating counterpart his version of the cold shoulder.

‘This was Mahi’s way of saying it’s no big deal. My bowlers got them all out for 160 and we are chasing it down, usme kaunse badi baat hai (there’s no big deal in it). If we celebrate wildly, the Aussies will be vindicated in their belief that this was an upset. We wanted to tell them that this is not a fluke. This is going to happen over and over again. The Aussies simply couldn’t handle it. They were shaken,’ a player from that tour revealed much later.

That wasn’t the only time during the Commonwealth Bank Series, which India eventually ended up winning, when Dhoni got the better of the Aussies at their own ‘mental disintegration’ game. Like he does with everything else, the Indian captain did it in his own style, without ever going overboard.

A few of the younger players in the team had told Dhoni that one of Australia’s premier batsmen not known to hold back from expressing his thoughts about an opponent on the field, had been pressurizing and sledging every one of them when they were batting. And that when one responded in kind, the player asked the youngster to show him some respect. So, the next time he walked out to open the innings, Dhoni lined up all the juniors near the boundary line in a mock guard of honour. And all they kept saying to the burly Australian was, ‘respect, respect, respect’, as he walked towards the middle. ‘It was Mahi’s way of saying, “I want to thank you. Yeh le lo respect. (You want respect on demand. Here it is.)”,’ says a former teammate.

The one-day leg of this tour came at the heels of a tumultuous Test series which, in addition to the Monkeygate fiasco, had seen the two teams at each other’s throats on and off the field. India felt robbed in Sydney when a few umpiring decisions, from Steve Bucknor in particular, went against them — this was six months before the birth of the decision review system (DRS). Anil Kumble, the Test captain, had left for home at the end of the Test series but not before declaring: ‘Only one team is playing in the spirit of the game.’ India won the next Test in Perth but lost the series. Ponting and Co. were all set for an encore in the one-day series. Dhoni, still only into his fourth year of international cricket and on his first foreign assignment as captain in the ODIs, was left to face the heat. He did it his own way — he reduced the friction between the two sides by simply not reacting to any stimuli. The Aussies were flabbergasted. This was MS Dhoni’s style of war without bloodshed. It worked, and in the end he had a trophy to show for it.

‘Goli maarta hai apne style mein (He shoots in his own style.) He says the problem is if I allow my boys to give maa–behen ki gaali (swear words involving someone’s mother or sister); it’s they and not the one being subjected to it who’ll feel the pinch of what they’ve done for the rest of the day,’ one of Dhoni’s close friends explains. ‘He doesn’t believe in overt displays of aggression. He believes that if you want to hurt them, do it in your style, not in their way. If they believe in swearing, you don’t need to do it,’ he adds.

Incidentally, seven years and two tours later, Dhoni hadn’t changed his opinion on the matter. In the 2014–15 Test series in Australia, which was riddled with incidents of players like Virat Kohli, David Warner and Brad Haddin being at each other’s throats, Dhoni spoke about how he never held his players back from a confrontation, but only asked them never to get personal. It’d been his opinion throughout. Dhoni wasn’t just good at defusing tetchy situations with the opposing team. He could, at times, put his own teammates at ease in a tense scenario. Take the 2013 IPL final. Chennai Super Kings had been in the trenches. The spot-fixing saga was at its peak and throwing up names and scandals on a daily basis. Their team principal, who was later described as a ‘cricket enthusiast’, was out on bail. The team was under the pump. The players had been in a lockdown at the hotel. As the CSK players prepared for the customary huddle near the boundary ropes, Dhoni sensed the tension around him. Vexed faces, local and foreign, all waiting for their captain to speak magic words of inspiration and motivation. Dhoni stuck to his straight-faced approach. He said, ‘Boys, we are second on the IPL Fair Play Award rankings. I want us to do everything we can to finish on top of that list. Good luck.’ And he was off. Later, he told a teammate that it was his way of breaking the tension. There is a thin line between being strong-willed and being adamant. Dhoni has tiptoed and criss-crossed that line repeatedly as a captain. It could happen while backing a player or while doing his best to show up one that he didn’t back. Rarely did he take off his pads and come on to bowl without it being a signal to the selectors about what he felt about the bowling arsenal at his disposal. Speaking of signals, VB Chandrasekhar recalls one that came his way back in 2008, soon after his outburst in the bus.

“I told him once you and I need to have a small chat after this game and he said, ‘Where do I have the time?’ That was his defensive way of saying, ‘Let’s not discuss things. Leave it. I am okay with doing what I am doing.’ That’s when I realized that here is a guy who’s going to be very adamant with what he wants to do… that’s the reason why he would be successful in the years to come… because he had his own mind and he did not let other people mess around with it,” the former selector says. In 2016, when the World T20 tourney came to India, it was the International Cricket Council’s (ICC) turn to find out that you simply can’t force Dhoni’s hand and make him do something he doesn’t want to do. The ICC and the broadcasters had come up with an idea before the event where they would get the captains of each team to read out their playing XIs into the microphone once the toss was done. As it turned out, India took on New Zealand at Nagpur in the opening game of the tournament. The first captain who would have to play the role of the makeshift announcer was Dhoni. But when the request was made to him, his answer was, as always, short and to the point. ‘No, I don’t think so,’ he’s learnt to have said. Just like that, the ICC’s grand idea was dropped.

Chandrasekhar recalls having had to change his approach to get through to the CSK captain, and by the third season, he felt he’d cracked the code. He’d realized that if you force an idea on Dhoni, he would just ignore both you and the idea. But if you as a coach or support staff would leave it open-ended, there was a chance he might at least consider using it.

So when in the 2010 season, Chandrasekhar found Sri Lanka’s magician spinner Muralitharan to be struggling slightly with the ball, he decided to drop a suggestion to Dhoni, very gently.

‘He was getting Ashwin to bowl four overs straight up and Murali would come in right after the strategic break by which time the batsmen would be ready to unwind and they were going after him. Dhoni agreed that Murali was short on confidence,’ says Chandrasekhar. It was only natural, he adds, that the off-spinner’s confidence was shattered, considering Dhoni would clobber him repeatedly in the nets during practice to the extent that Murali would come and tell the director with awe: ‘The bugger is a monster.’ 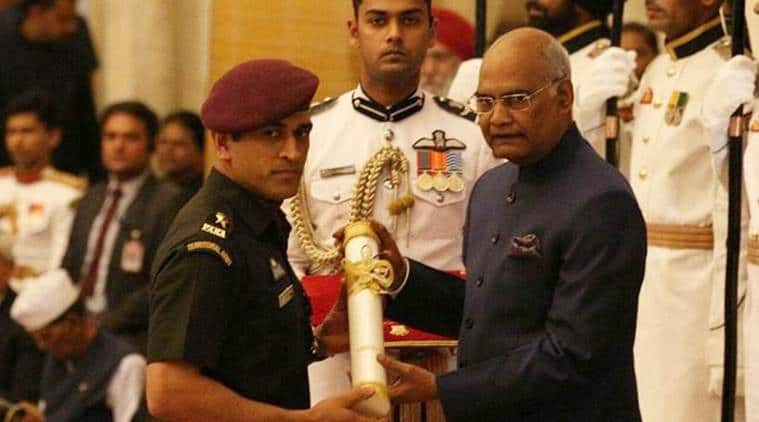 MS Dhoni being awarded by President of India Ramnath Kovind.

Chandrasekhar’s view was that Ashwin could be stopped after three overs and Murali given his first over before the strategic break. Since the batsmen wouldn’t generally risk losing a wicket — at least based on the trend back then — before the break, they might play Murali out and allow the legend to settle into his spell better.

‘I said that and left it at that. Come the next game, believe it or not, he did just that. Now I couldn’t go and tell him “thanks for listening”. He would have definitely stopped doing it in the next match,’ he quips. But it was a lesson for Chandrasekhar and subsequent coaches or team mentors on the best practices of presenting Dhoni with an idea — always as a passing suggestion rather than as a strong idea. It’s no surprise then that the likes of Gary Kirsten and Stephen Fleming — and to an extent, even Duncan Fletcher — gelled so well with the Dhoni style of captaincy. They were all great cricketers in their own right but when it came to Dhoni, they preferred chipping in rather than weighing in when they had a suggestion to make. (Excerpted with permission from Penguin Random House India)