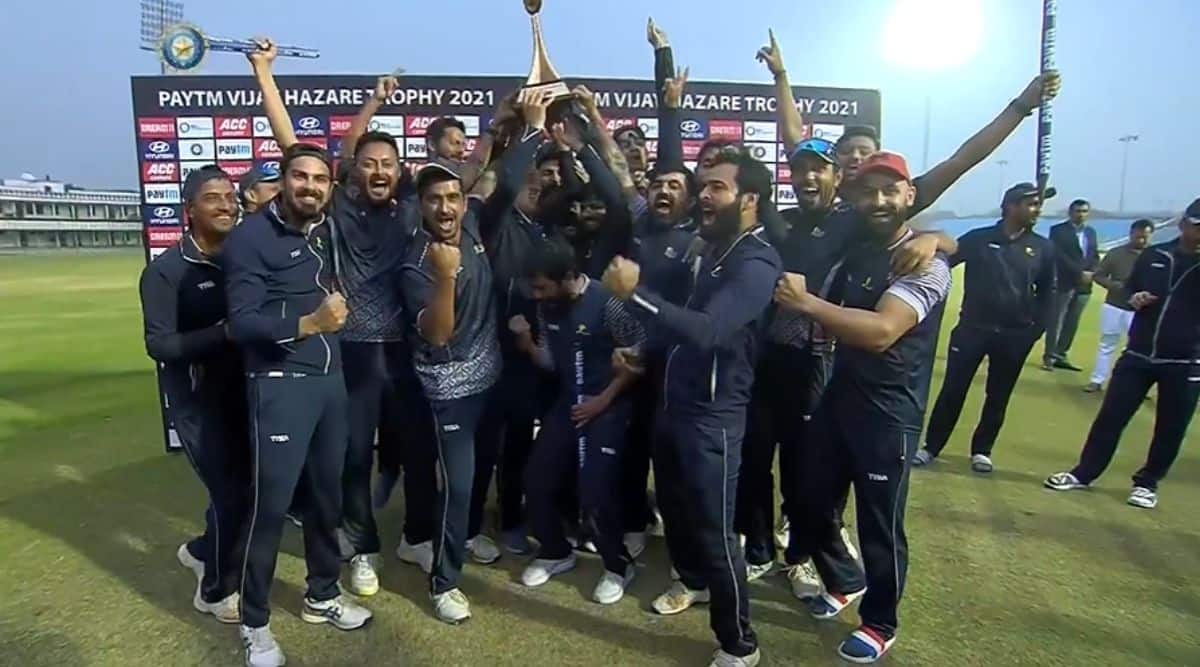 Congratulations and a round of applause for Himachal Pradesh on their triumph. 👏 👏#HPvTN #Final pic.twitter.com/bkixGf6CUc

So proud moment for all the #Himachalis
1st ever domestic tournament win !#HPvTN #VijayHazareTrophy pic.twitter.com/mGnL4N2d7p

For Himachal Pradesh Pankaj Jaswal (4/59), and Rishi Dhawan (3/62) were the main wicket-takers.

Youngster Shubham Arora came out all guns blazing with his maiden List A century as Himachal downed five-time champions Tamil Nadu under the VJD method to win their first ever domestic one-day championship.

With Himachal 299/4 in 47.3 overs, and needing 16 off 15 balls, bad light suspended play at 5pm, before Himachal were declared winners under the VJD Method.

After opting to field on a flat Sawai Mansingh Stadium, Rishi Dhawan took another fine call in sending Amit Kumar ahead of him, as the skipper chose to play the role of a finisher.

The move paid dividends as the left-right combination of Arora and Amit (74 from 79 balls; 6×4) added 148 for the fourth wicket in a match-winning partnership.