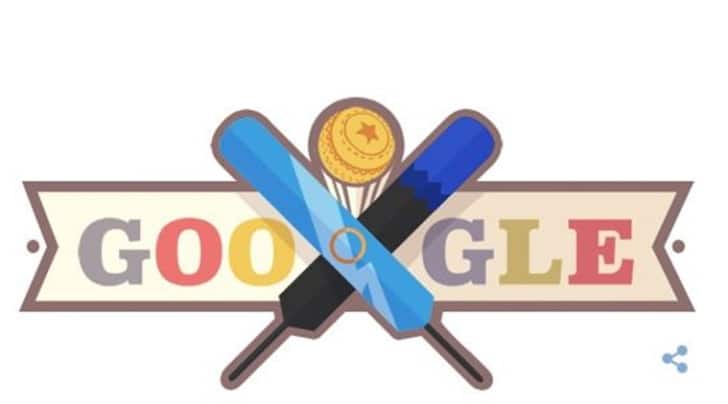 Internet search giant Google has dedicated its latest doodle to the cricket match that will get underway at the Nagpur stadium on Tuesday between hosts India and New Zealand, a much-anticipated encounter at the ICC World T20.

The doodle that Google has designed shows two cricket bats in the colours of the two teams criss-crossed against the Google logo with a ball on top. The doodle may have been designed keeping in mind the huge interest that exists in the sub-continent for the sport as well as the tournament.

Click here for complete coverage of the T20 World Cup

A total of ten teams have qualified for the main set of matches and the final is scheduled to take place at the Eden Gardens stadium in Kolkata. Many believe that the home conditions and the Indian team’s recent successes over Sri Lanka make it the favourites to win the World Cup, a treasured trophy for any team in the 20-overs format. If India wins the tournament, they will be the first side to win it twice and the first to taste victory on home soil. They are also the top-ranked team in the ICC T20 rankings.

The tournament will also see one of the most fierce contests in cricketing history when India take on Pakistan on March 19 in Kolkata.

Politics demands compromises, not for me: Harbhajan Mann