Glenn Maxwell: From being forced to play left-handed at school to being sultan of reverse hits

Of late, the game has seen the mushrooming of a number of ‘reverse and switch hitters’. But no one pulls those strokes with uncomplicated ease of Maxwell. 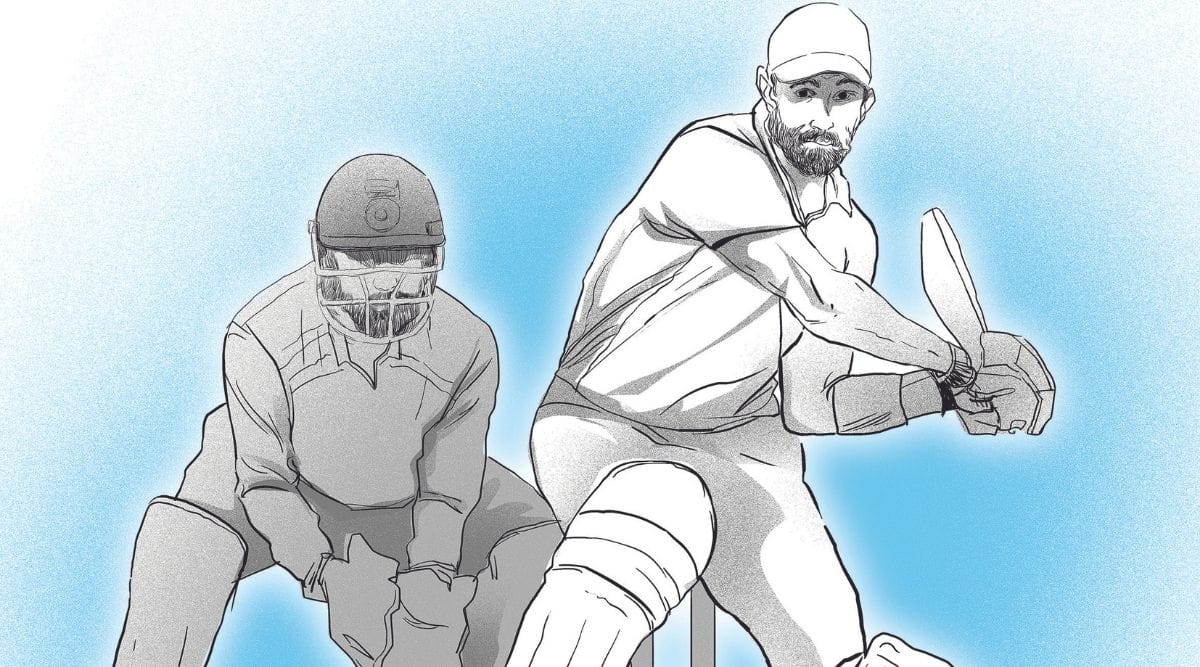 Of late, the game has seen the mushrooming of a number of ‘reverse and switch hitters’. But no one pulls those strokes with uncomplicated ease of Maxwell (Illustration: Suvajit Dey)

While at primary school, Glenn Maxwell once didn’t get out for a week and his peeved classmates complained to the PT master.

For a week or so Maxwell switched to basketball, but the game of hoops didn’t excite him as much and he went back to cricket.

He was allowed to play on one condition—he should bat left-hander. “So I developed decent left-handed shots. Then I went home and practised a lot left-handed too. My dad always kept pushing me to keep trying to do new things,” he explains in a video. Soon, he was so good with batting left-handed that his mates asked him to revert to batting right-handed. Then he began to switch hitting and reverse sweep as he does now.

Of late, the game has seen the mushrooming of a number of ‘reverse and switch hitters’. But no one pulls those strokes with uncomplicated ease of Maxwell. No one had made them look so natural, or added more reverse variants to the repertoire. Anything cricket shot a batsman can play conventionally; Maxwell could produce the reverse version. From reverse sweep to reverse pull, reverse scoop to a reverse cover drive (which he flaunts in the nets).

He improvises his methods too, depending on the shot he wants to reverse. But he starts with backing his back-foot away, as if to shrug mud off the spikes. Then the front-foot opens up and makes a big diagonal stride to cover the line of the ball, the toe facing the bowlers, and then flips the direction of the bat-swing by pushing the back-arm forward. He shifts his grip too, wrapping his bottom hand over the handle than under it, to make the bat come in a flat-line with the pad, and not twisted semi-horizontally. “I do this because I don’t want to bend my wrists to get around the ball, so that I could get a nice full swing and offer the full face of the bat,” he elaborates.

The degree of bat-swing varies according to the shot. For the reverse lap, which he mostly unfurls against pacers pursuing fuller-lengths, the bat-swing is minimal, and front-foot does not stride out as much. But when executing the reverse sweep, the bat-swing is more pronounced so as to get the required power. Depending on whether he wants to hit the ball along the ground or in the air, his body contorts. “If I am looking to go over the fielders, I lean back and move the body away. But if want to play it along the ground, I lean forward and get the head over the ball,” he explains.

A variety of technical and natural skills abet the shots. Good eyes that detect the length, fast hands that enables the change of grip, reflexes, and muscle memory to complement the change of direction but at the same time maintain the balance. But the mind plays a role too, for one needs to have the utter self-belief to pull off that shot. The line between being inventive and careless is seldom so thin. Maxwell himself had been pulled up several times in his international career for his reverse-stroke making. Nothing, though, would beat practice, asserts Maxwell.

But try asking him to eschew or limit the shot, he would shoot back: “To me, it’s no different to a cover drive. It’s my percentage shot.” A lot of hapless bowlers this IPL would attest. On the slow, low tracks, where the ball would stutter before reaching the batsman, he ambushed them with his reverse-stroking sorcery. It could be a recurring theme at the World T20 too, and how to stop him would worry captains and bowlers. There’s not so much they can do but pray he somehow misses the shot or mistimes to a fielder.

As a disruptive weapon, the reverse variants are almost unparalleled. Not only do those break up the rhythm of the bowlers and mock the field settings, but also change the mood and tempo of the match. And Maxwell is the sultan of reverse hit.

Mercenary and a family man: Kieron Pollard retires from IPL