First it was a sign saying “Frank. Just 4-3-3!” in a message to coach Frank de Boer to play an attacking lineup in the team’s opening match at Euro 2020. 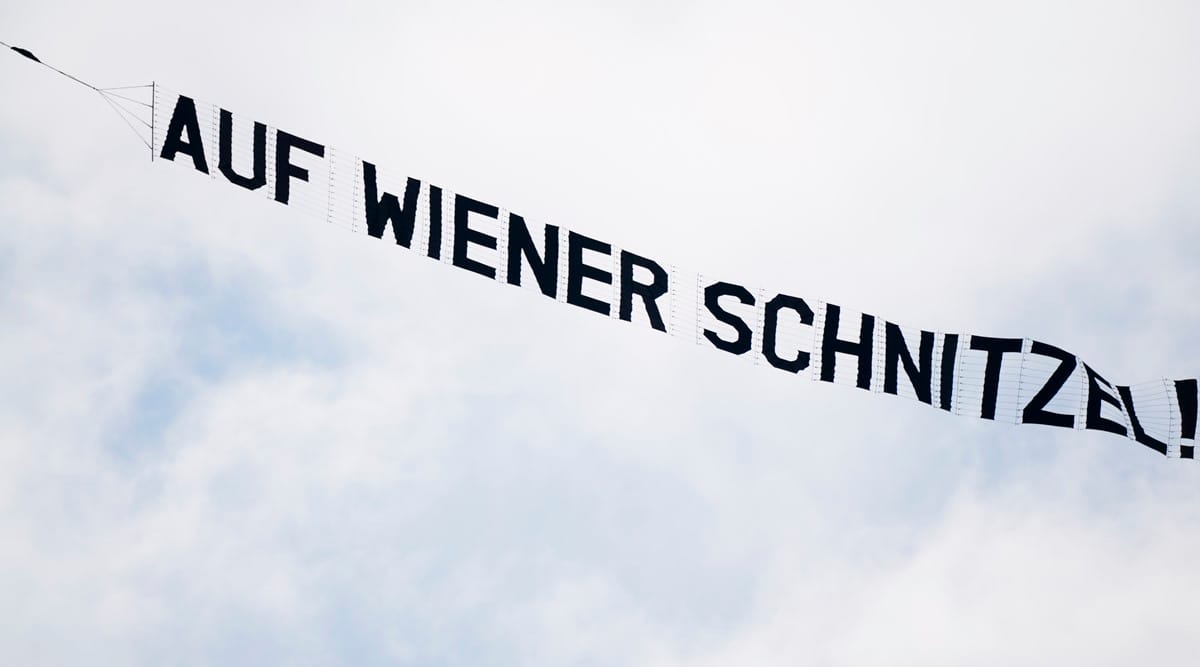 An airplane with a message for the Austrian team, combing the German for goodbye with their Wiener Schnitzel dish, flies over the training of the Netherlands team. (AP Photo)

Flying a small plane with a banner attached over the Netherlands’ training field for the European Championship is apparently becoming a thing.

First it was a sign saying “Frank. Just 4-3-3!” in a message to coach Frank de Boer to play an attacking lineup in the team’s opening match at Euro 2020.

Now it’s a banner emblazoned with the words “Auf Wiener Schnitzel!” ahead of the team’s second match of the tournament against Austria on Thursday.

Onto our third game of the day! Netherlands vs Ukraine!

Can’t believe this is actually real, probably only happens in The Netherlands 😂😭 pic.twitter.com/pNsZXwmgth

Greenpeace has apologized for the injuries caused by a protestor whose parachute landing “did not go as planned” before Germany’s game against France at the European Championship.

UEFA said “several people” were hospitalized when the man connected with overhead camera wires and caused debris to fall on the field and main grandstand.

Greenpeace spokesperson Benjamin Stephan says “that was never our intention. The paraglider was to fly over the stadium and drop a latex ball with a message of protest onto the field.”

The protestor’s parachute had the slogan “KICK OUT OIL!” and “Greenpeace” written on it.

Stephan says “technical difficulties meant the pilot was forced to land in the stadium. We deeply regret that this put people in danger and apparently injured two persons.”

The protestor was led away by security stewards.

UEFA called the action “reckless and dangerous” and said “law authorities will take the necessary action.”