England vs West Indies (ENG vs WI) 3rd Test Day 4: The rain had the final say on Day 4 as it washed out an entire day’s play without a ball being bowled. The series decider will go into the final day on Tuesday with both the teams fighting for a series-deciding win. As it stands, England needs 8 wickets from a minimum of 98 overs on Day 5. West Indies, on the other hand, need another 389 runs for an unlikely win and they will resume on 10/2 with Kraigg Brathwaite (2*) and Shai Hope (4*) in the middle.

What looked inevitable has come to pass finally. The rain has had the final say on Day 4 as play has been abandoned without a ball being bowled in Manchester. As it stands, England need 8 wickets from a minimum of 98 overs on Day 5. West Indies, on the other hand, need another 389 runs for an unlikely win. The weather forecast is better tomorrow, but only slightly. So, fingers crossed!

Play abandoned for the day here at Emirates Old Trafford.

We will need to take 8 wickets on the final day to win the series tomorrow.#ENGvWI pic.twitter.com/eXEzELKgDD

It's pelting down at Old Trafford and things look very bleak at the moment. Will we get a second successive Test with a complete day washed out?

Was always going to be clutching at straws but the dry slot didn’t last long at Old Trafford. Might be another one in an hour but probably all too late by then. #ENGvsWI #bbccricket pic.twitter.com/TP6pw7vuJv

The rain makes a comeback

The dry spell didn't last very long as it is raining again in Manchester. It looks like it's going to be a long day.

Inspection in an hour

The umpires will have an inspection at 7:30 PM IST if there's no further rain.

There will be an official inspection at 3 PM local (7:30 PM IST) if there's no further rain in between. 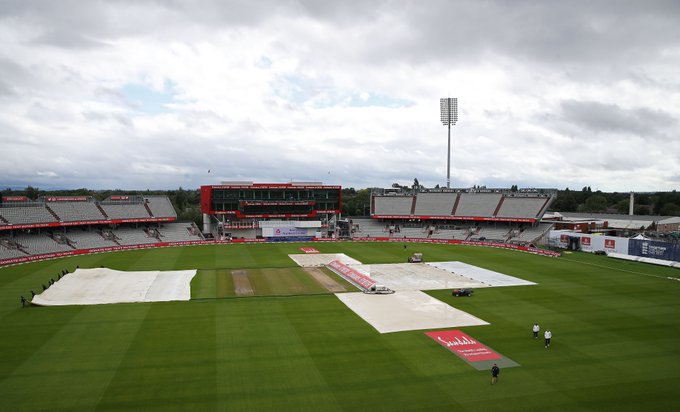 The skies are clearing up now 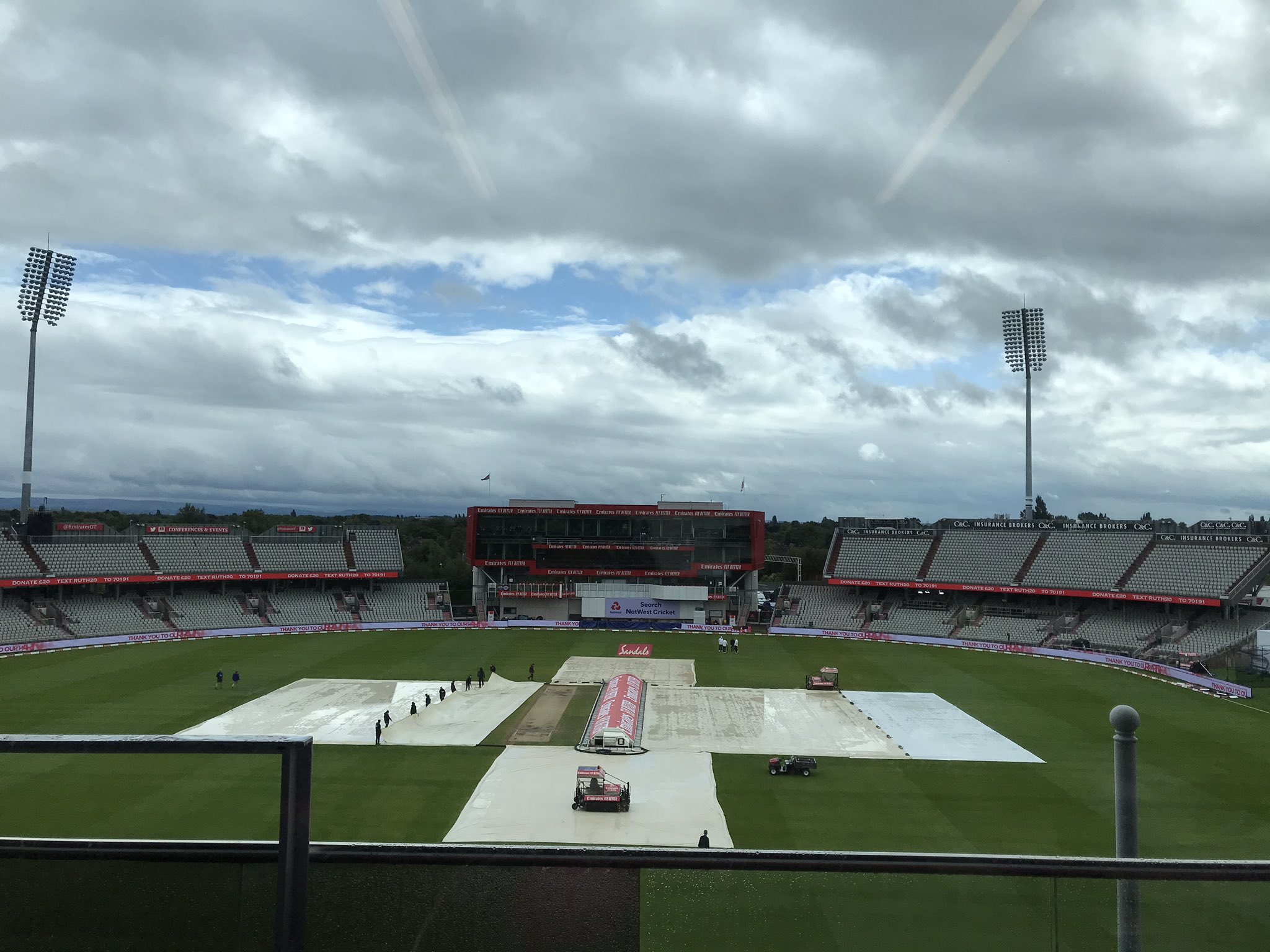 Some good news at Old Trafford now. The showers have stopped and and the groundstaff are out for duties. But the forecast is for some more showers later on in the day.

The downpour hasn't eased but the forecast is promising for the afternoon at lunch break. There might be some action on the fourth day depending on the condition of the outfield.

So where does the series-decider stand? After England declared on 226/2 in the final session on the third day setting a massive target of 399 for the visitors, Stuart Broad inflicted pain on West Indies by reducing them to 10/2 at stumps. Now, West Indies need 389 more runs whereas England need 8 more wickets to win.

With no play looking likely before lunch break, here's a stat attack: If Stuart Broad picks Kraigg Brathwaite as his 500th victim, this will be the second instance of the batsman becoming 500th victim of a bowler; the previous was James Anderson.

Not much difference in the weather 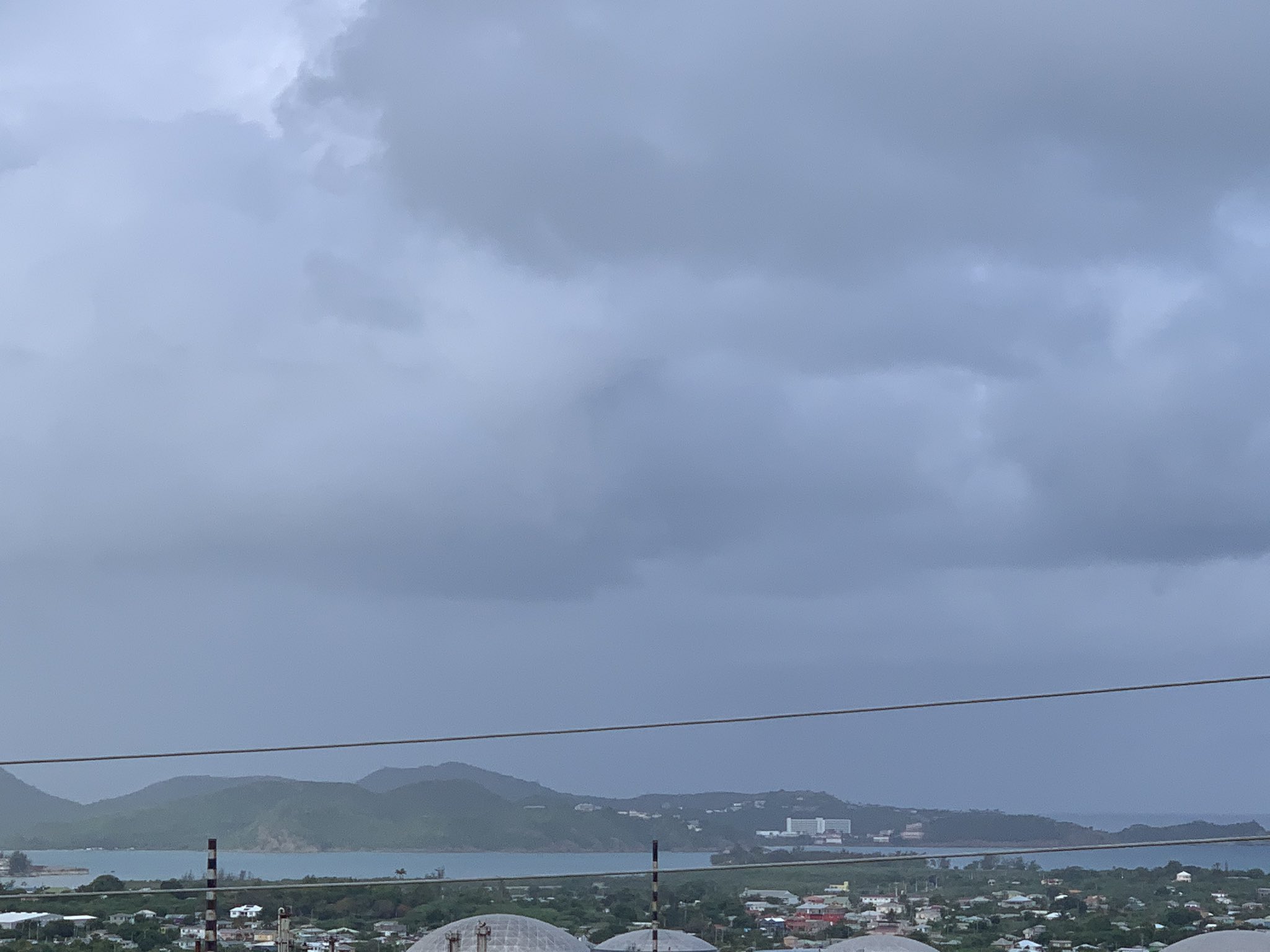 Still no mercy from the rain gods. Doesn't look like things are going to improve till lunch. The forecast, though, promises some dry spell in the afternoon.

A delayed start to day four of the third #raisethebat Test, so time to talk a bit more about this man...@StuartBroad8 on 4⃣9⃣9⃣ Test wickets! 👀

Here we go again! Rain is back in Manchester, delay to the first session on Day 4 is enevitable. England's push for a series victory on hold as it pours at Old Trafford.

If Dom Sibley can get a double ton against R Ashwin, he’s good enough to play any spinner: Darren Gough

Former seamer Darren Gough has vouched for England opener Dom Sibley’s ability to play spin, saying if he could dominate India’s R Ashwin on way to a double ton in county cricket, he is good enough to play any spinner in the world. (READ MORE)

Here is some good news: It has stopped raining. The covers are on with it raining through the night. However, chances are that it will start raining again.

Not actually raining, although we’ve had plenty of overnight showers.

Since his return in the second Test, Broad has come back with 12 wickets in the next 3 innings, to go with his 62 with the bat. Three more wickets and he enters the 500 wicket club. On Sunday, he went on to pick up his 18th Test five-wicket haul. So what has worked for the 34-year-old? (FIND OUT HERE)

At the end of the third day, the outcome of the match is still unknown but it would require an epic rescue act from the West Indies to retain the Wisden Trophy. The script ran perfectly for England—they winkled out West Indies for 197 runs and seized a lead of 172 runs, to which they added another 226 runs and set the tourists a target of 399. (READ MORE)

It is raining heavily in Manchester right now. If it continues like this, we are staring at a delayed start to Day 4. There is still time to the start of the game. We'll keep bringing you live updates from Manchester

Broad, who had taken four wickets in the tourists’ first innings in the morning, continued by removing opener John Campbell without scoring and then nightwatchman Kemar Roach (4) after the West Indies were put in for the last six overs of the day. England had declared on 226 for two in their second innings as Rory Burns scored 90, Joe Root a quickfire 68 and Dom Sibley 56. They accelerated the run rate in Sunday’s evening session, seeking to build a large lead but still leave themselves enough time to bowl the West Indies out again and win the test.