Dinesh Karthik drew social media ire over sexist remarks while on air during the second ODI between England and Sri Lanka on Thursday. 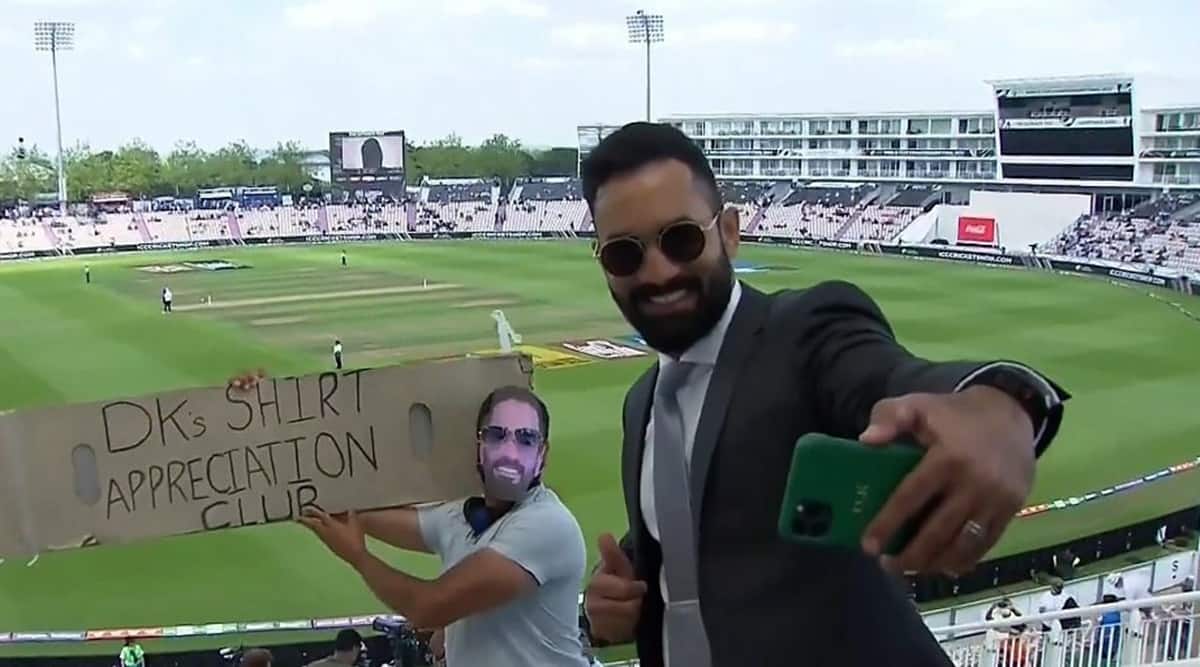 A week after being praised for his commentary debut durng the World Test Championship final between India and New Zealand, former wicketkeeper-batsman Dinesh Karthik drew social media ire over sexist remarks while on air during the second ODI between England and Sri Lanka on Thursday.

The 36-year old became an instant hit among the cricket fraternity and fans for his on-air commentary that was seen as a breath of fresh air. This, however, were to change on Thursday when Karthik turned up for the Sky Sports panel for the England and Sri Lanka series.

The former KKR skipper was trying to explain how most batsmen don’t tend to like their own bats and find others’ equipment more reliable when he came up with a questionable analogy. “Batsmen and not liking bats, they go hand in hand. Most of the batters don’t seem to like their bats. They either like another person’s bat. Bats are like a neighbour’s wife. They always feel better,” he said.

Kartik was immediately called out for his sexist and misogynistic comments on Twitter, while many asked for an apology.

“Bats are like a neighbour’s wife. They always feel better.”

Dinesh Karthik clearly not keen to have his Sky contract renewed … pic.twitter.com/SYbEKH0Sae

It’s an awkward time to be @DineshKarthik’s neighbor.

@DineshKarthik Love your commentary and insights, but “batsmen prefer others’ bats, its like neighbours’ wives, they always feel better” was not cool at all.

Yo @DineshKarthik, we’re always excited to hear your voice in the background of good games and your analysis has been on point but you gotta do better than that misogynistic joke. Perpetuates the same toxic masculinity that doesn’t need to exist in sport. A joke in poor taste!

why is everyone hailing Dinesh Karthik as a great commentator for his sexist and cringe comment comparing a married woman to a bat wtf is wrong with people????

Other than weather updates, what truly impressed cricket fans was the moment when he sledged fellow commentator Nasser Hussain on Day 2 of the WTC Final. After batting first, Indian openers Rohit Sharma and Shubman Gill set the momentum despite difficult batting conditions. As Hussain praised Sharma for his technique against short ball, Karthik gloriously stole the show by pulling Hussain’s legs.

“Rohit is a great puller of the short ball. Uses his feet well against spin. Shows positive intent,” Hussain said, to which Karthik quipped: “Yes, exactly the opposite of you!”.

The right-handed batsman has represented India in 26 Tests, 94 ODIs and 32 T20Is.

A timeline of more than 40 years of war in Afghanistan