The third and deciding test between South Africa and India will be played in Cape Town next week. 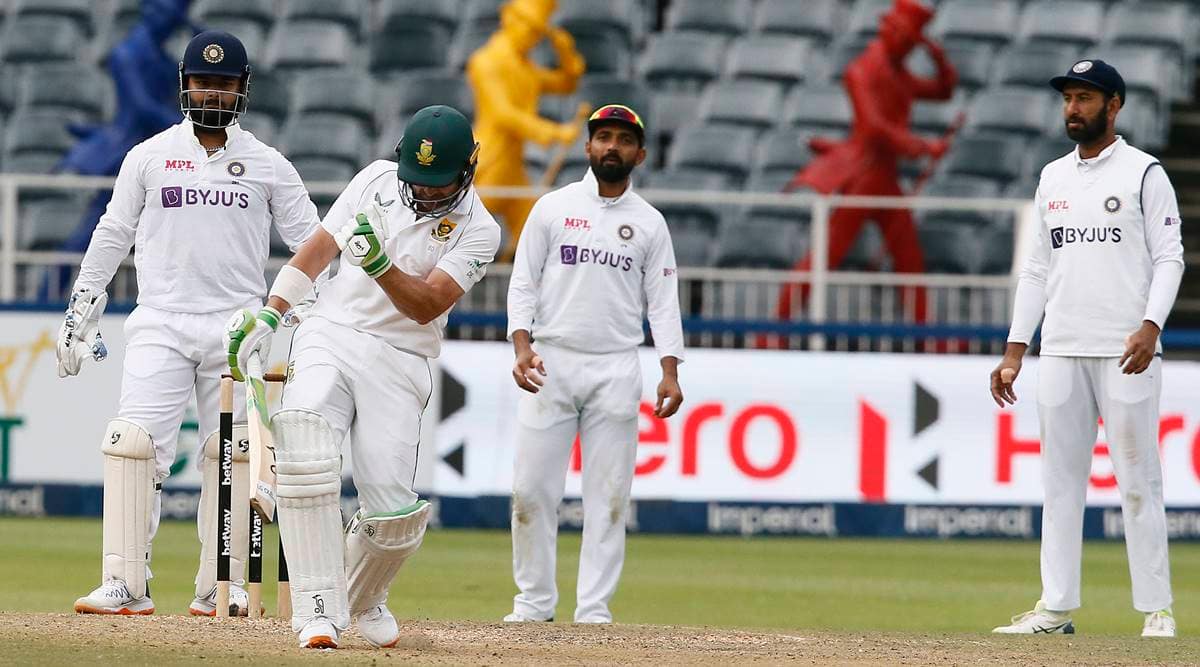 South Africa's Dean Elgar reacts after his team won the second cricket Test between South Africa and India at the Wanderers. (AP Photo)

Dean Elgar, captain of the South African cricket team, saw his team home with 96 not out as South Africa beat India by seven wickets in the second test on Thursday to level the series 1-1 and send it to a deciding game.

Opener Elgar batted all the way through as South Africa chased down the target of 240 late on the fourth day at the Wanderers and after the first two sessions were lost to rain.

The game appeared finely balanced with both teams sensing a chance of winning ahead of South Africa’s final innings. But South Africa won with ease in the end to finish 243-3.

Temba Bavuma was 23 not out and he and Elgar took South Africa surging to victory with a flurry of boundaries at the end. Elgar sealed it by hammering one through midwicket and to the boundary.

“I don’t know what’s the right or wrong way in winning a cricket match, but it’s all about doing the basics right. We ticked a lot of boxes right to make it 1-1,” Elgar said at the post-match presentation.

“We now go to Cape Town with plenty of confidence – it wasn’t easy, the batters were determined. but credit to our bowlers, the effort they put in was very impressive. I am yet to see the bruises (the blows he received), but it’s a big motivation to go and play for your country. Whatever I’m going through, it’s important to see the bigger picture and the bigger picture is to win games for your country.”

It was the first time South Africa had beaten India at the Wanderers. India, who have never lost a Test defending 200 or more runs under Virat Kohli’s captaincy, had to suffer a painful defeat.

Seen a few over time, but that is One of SA crickets greatest test wins! #INDvsSA #Proteas

South Africa’s run-chase of 240 is also the third-highest successful fourth-innings chases against India.

It is also the third-highest successful fourth-innings chases by the Proteas at home.

Elgar’s score of 96 is the second-best individual score by a South African captain versus India. Kepler Wessels holds the record with a best of 118 (Durban 1992/93).

Meanwhile, India is seeking a first test series win in South Africa and was buoyant after winning the first match convincingly. But it couldn’t clinch it at the Wanderers and will have to wait for another chance at that piece of history.

The third and deciding test is in Cape Town next week.

With his stocks on the rise, ‘Rassie the South African cricketer’ makes a name for himself