Rohan Jaitley, who has followed in his father's footsteps into cricket administration and is the current state association president, has thrown his hat in the ring again. Elections for the Delhi and District Cricket Association (DDCA) to be held next week are turning out to be a microcosm of the politics of the day with the BJP and the Aam Aadmi Party (AAP) throwing their weight behind leading candidates.

Last week, leaders of the BJP’s Delhi unit were asked to support the group helmed by Rohan Jaitley, son of the late Arun Jaitley. Jaitley senior was one of the most prominent BJP leaders, a union minister and a former president of the DDCA.

Rohan, who has followed in his father’s footsteps into cricket administration and is the current state association president, has thrown his hat in the ring again.

The president’s election is a battle between two lawyers, Rohan and former additional solicitor general Vikas Singh, who claims to have the backing of AAP leaders.

Siddharth Sahib Singh, the brother of BJP MP Parvesh Verma (West Delhi), is spearheading a third group. His father, the late Sahib Singh Verma, was a senior vice-president of the BJP and a Delhi chief minister. Siddharth is contesting for the secretary’s post which sees a three-way battle.

Contesting for the treasurer’s post is another advocate Pawan Gulati, who is a maternal uncle of BJP MP from East Delhi Gautam Gambhir, a former India Test opener. Rohan said that he did not want to comment on the BJP state unit drumming up support for his group.

“This is an apolitical organisation, there are people with various political thoughts who work together for the betterment of the game. Whether someone is supporting someone, I don’t want to comment on that. It is all hearsay,” Rohan said on Saturday.

Vikas Singh, a senior Supreme Court lawyer, has made personal calls to members of the DDCA to talk about his ‘anti-corruption campaign’.

Senior supreme court lawyer Vikas Singh is in the fray for the president’s post.

He has also been in touch with AAP leaders in the run-up to the state cricket unit elections.

Vikas Singh calls the BJP state unit’s call to lend support to Rohan’s group a “desperate attempt” which is turning the DDCA election into a political battle. “The Aam Aadmi Party is helping me. Raghav Chadha (MLA), Manish Sisodia (deputy chief minister) and Satyendra Jain (power minister), all three have advised MLAs to go door to door and tell voters they need to weed out corruption. That said, I am not an AAP candidate. Their campaign is an anti-corruption campaign,” Vikas Singh says. “Look at the people they (Rohan Jaitley group) are fielding. It includes Vinod Tihara (secretary’s post) who has just come out of jail,” Vikas Singh, who says he has support from friends across party lines, adds.

AAP has not officially supported any candidate. Tihara was arrested last year for alleged violation of Goods and Services Tax (GST) norms and lodged in Meerut jail before getting bail. Rohan said that attempts were being made to run a smear campaign against his group. “Whether he has committed a fraud, let the courts decide. He has the opportunity for a fair trial. Let the law take its own course. If he is guilty, he will get convicted,” Rohan said.

Both groups have highlighted their vision with focus on members and cricketers in their respective manifestos. Building an indoor cricket facility, restructuring cricket activities and expanding the cricket window are some of the plans Rohan has put forward to members.

Vikas Singh talks about putting the DDCA’s house in order and improving facilities for members, cricket academies in each district of the capital and starting the Delhi Premier League.

He says it is not the first time he has been up against the BJP. “In the Supreme Court elections also, the BJP issued a whip against me but I got the highest-ever margin,” Singh, who was elected president of the executive committee of the SC Bar Association in February, said. Former India player Kirti Azad, a Congress politician now, said he was supporting Vikas Singh because the need of the hour was to clean up the system in the DDCA. “The other candidates are like old wine in new bottle. Cricket needs to be the priority of those who run DDCA. Vikas Singh has promised change for the betterment of the sport and for members of the DDCA,” the 1983 World Cup winner said.

The elections will be held over three days, October 25 to 27, and the results will be declared on October 28. 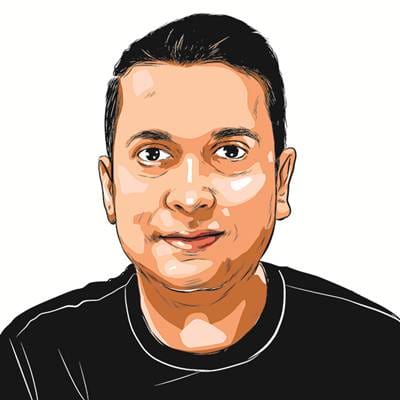