Dasun Shanaka on Friday became the 10th Sri Lankan captain in the past four years when he was named skipper of a 23-member squad for the six-match white-ball series against India. 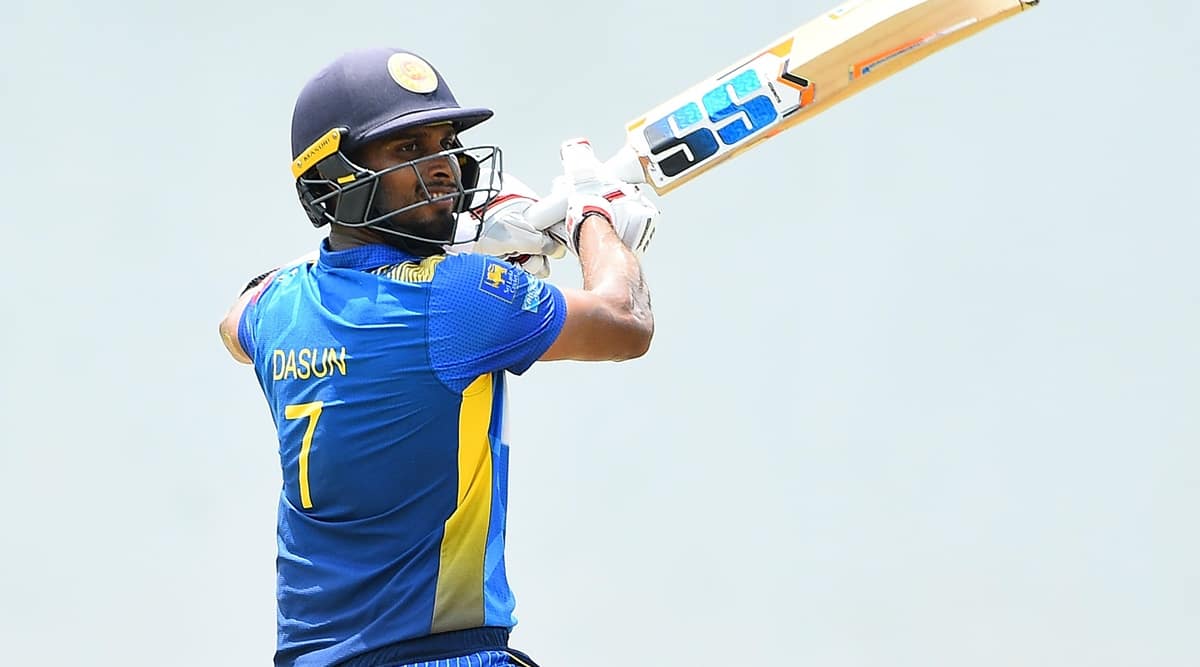 Dasun Shanaka will lead the team in the T20 World Cup. (Twitter/ICC)

Newly-appointed Sri Lanka skipper Dasun Shanaka on Saturday said it will be an even contest between his struggling side and overwhelming favourite India as the visiting team is full of newcomers.

“Both teams will start evenly because they (India) have got new players coming up. We all know that they have played IPL but still, they haven’t played international cricket, so both the teams have even chances,? said Shanaka on the eve of the first ODI against India here on Sunday.

Shanaka on Friday became the 10th Sri Lankan captain in the past four years when he was named skipper of a 23-member squad for the six-match white-ball series against India, to be played here.

The India team, which will play three ODIs and as many T20s, is led by Dhawan. The Test team led by Virat Kohli is currently in England to take part in the upcoming five-match series.

Sri Lanka named the squad only on Friday night. Asked whether that was an advantage, the 29-year-old right-handed batsman answered in the affirmative.

“Yes, a slight advantage because they (India) haven’t seen these guys in international cricket, as well, so yes, I feel they have to prepare well for these newcomers as well,? said Shanaka.

On how challenging it is to lead Sri Lanka in current times, he said, “Yeah, it is always challenging, you know international cricket and the outside (off the field) problems, it all matters, but the end of the day you have to get to it and perform as a team, it is the main concern we all have, so I am sure that boys will look on to it.”

The players and board SLC have been locked in a longstanding battle over national contracts. For this series, the players have signed tour contracts, the way they did for the England tour.

According to Shanaka, his side would get a good experience after playing against India.

Sri Lanka failed to win a single game on the UK tour during which their three players were sent back home for breaching the bio-bubble.