Darren Lehmann was Australia's head coach from 2013 until March last year, when Steve Smith, David Warner and Cameron Bancroft were embroiled in ball tampering scandal during a Test match against South Africa. 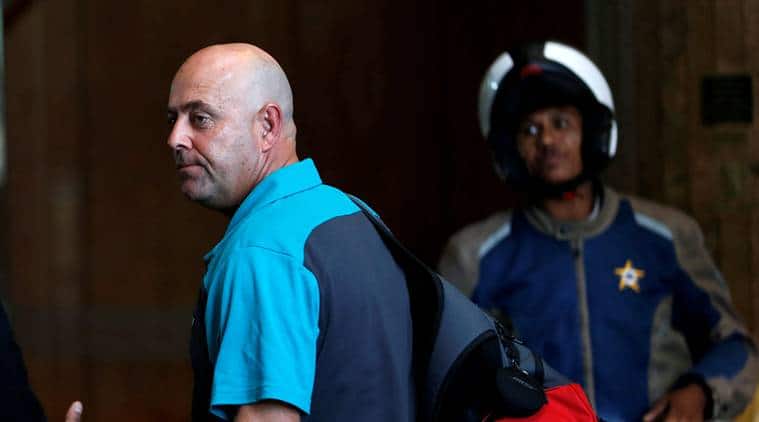 Darren Lehmann stepped down as Australia coach following the ball-tampering controversy despite being cleared of wrongdoing. (Source: Reuters)

Darren Lehmann is set to take over as coach of the Brisbane Heat in Australia’s Twenty20 Big Bash in what will be his first domestic appointment since quitting the national job in the wake of the ball-tampering scandal in South Africa last year.

Lehmann was Australia’s head coach from 2013 until March last year, when three players were embroiled in a cheating scandal during a Test match against South Africa in Cape Town.

A veteran of 27 Test matches and 117 limited-overs internationals for Australia, Lehmann said he had no knowledge of the scheme to change the condition of the match ball. A subsequent Cricket Australia investigation found he was not involved the episode.

Steve Smith and David Warner, who were then captain and vice-captain, were each suspended for one year and opener Cameron Bancroft received a nine-month ban for their parts in the scandal. Lehmann quit days later because of the toll the scandal took on the team.

Brisbane Heat general manager Andrew McShea on Thursday said Lehmann, who coached the Queensland state team to a domestic Sheffield Shield title and the Heat to their only Big Bash League title in 2013, would assume his position next week.

The left-handed Lehmann scored 25,795 runs in first-class cricket in Australia and England. His Test ambitions were restricted because of the strength of Australia’s batting depth from the mid-1990s but he was a regular in the one-day international team, scoring the winning runs in the World Cup final at Lord’s in 1999.