Yuvraj Choudhary played a knock of 230 runs off 215 balls and smashed 22 boundaries and eight sixes during his knock. Chandigarh's innings against Pondicherry ended at 674 runs. 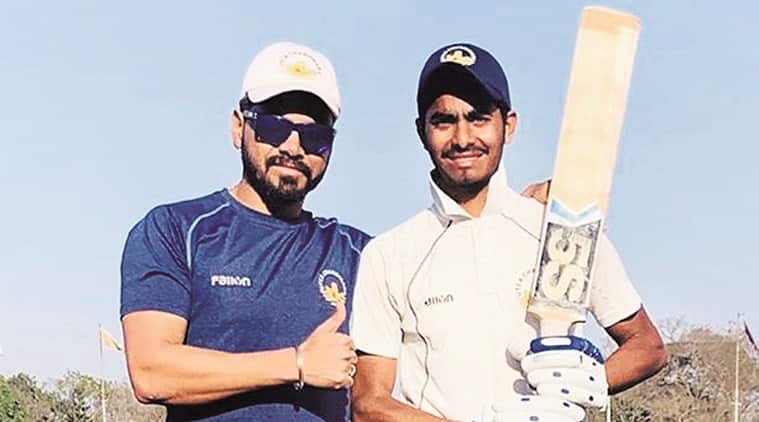 A double century by Yuvraj Choudhary (230) propelled Chandigarh to a mammoth first innings total of 674 runs against Manipur in a match of Col CK Nayudu Trophy at SERSA Cricket Stadium in Kharagpur on Saturday. Earlier in the match, Manipur were bundled out at 94 runs in their first innings.

Chandigarh resumed their innings at a score of 212 for 2 with Amrit Lubana batting on 53 runs and Surya Narayan Yadav batting on 51 runs. The pair added 43 runs, before Lubana was caught by Rakesh off the bowling of Denis at an individual score of 77 runs off 77 balls.

Lubana smashed eight boundaries and two sixes during his knock. Chandigarh then lost three wickets for 48 runs as the score board read 303 for 6 in 63.2 overs. Yadav fell at a score of 95 runs off 117 balls as he was trapped LBW by Kishan.

Choudhary and Taranpreet Singh then added 50 runs for the seventh wicket before Singh was caught by Nitish off the bowling of Kishan at an individual score of 38 runs. Singh, who had earlier got injured, faced 73 balls and smashed five boundaries.

Choudhary played a knock of 230 runs off 215 balls and smashed 22 boundaries and eight sixes during his knock. Chandigarh innings ended at 674 runs with Harshit unbeaten on 46 runs. For Pondicherry, Kishan claimed six wickets for 179 runs.

At the end of the day’s play, Pondicherry were 5 for 0.