The Virat Show-How Kohli stuck to the plan, let Pandya do the hitting and on the home stretch ran like a champion. 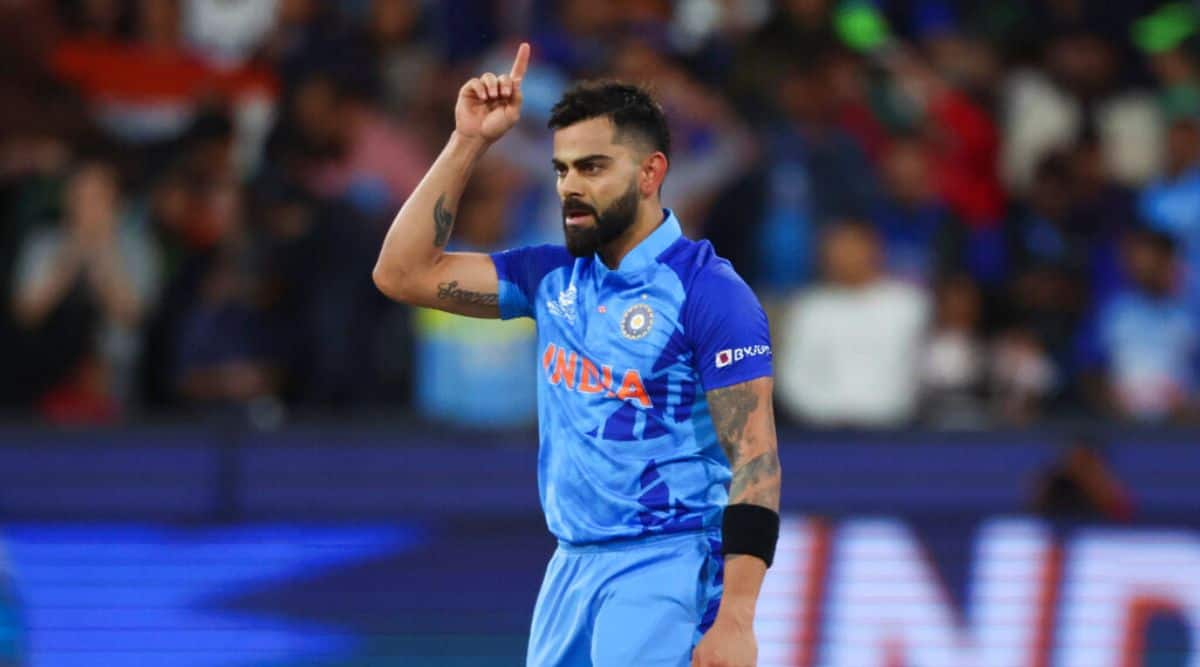 Did a tear slip out of Virat Kohli’s eyes after his wondrous chase under pressure? There he was down on his knee, punching the ground twice, as all the bottled-up emotions poured out of him. In an already astonishing career, this chase against Pakistan in a world cup might just take the cake. It’s a format that doesn’t come naturally to him, he had taken a break as he struggled to come to terms with what he perceived as unjust treatment after his captaincy was taken away (“only MS Dhoni called me,” he would say), and he needed that break to rediscover his love for the game. “I think it was meant to be. I would rate this higher (than Mohali chase against Pakistan),” he would say at the end.

A top-order collapse, a mix-up that ran out the pinch hitter, and at one stage when it was clear that Hardik Pandya wasn’t able to break the shackles of hard-lengths of the Pakistani pacers, Kohli had to do it all on his own. The gladiator who loves showing the world who the boss is triumphed against the odds.

In four overs after power play, India had eked out just 14 runs. Worse, at the timeout after the 10th over, the physio was out, massaging the knees of Hardik Pandya; he had felt a niggle even at the nets on the match eve. Pressing question at that juncture was: where were the runs going to come? Who were they going to target? A win would be impossible without big hits against the pacers. But who would bell that cat?

There was another question: Who will go for it? A younger Hardik Pandya would have gone with the senior Kohli hanging around. But now the matured IPL captain Pandya likes to stay till the end, drag the game, see the younger players throw the bat around, while he deals with the finish.

Would Kohli be the person to start the attack considering he has lesser firepower of the two and India might well need Hardik for a more explosive finish later? A over ticked by. With the pacers’s imminent return, something had to be done in the here and now.

Off the first ball of the 12th, Hardik walloped over long-on off Mohammad Nawaz, the left-arm spinner. Ok, so is it going to be Hardik who is going to go for it? But Kohli came charging out to strike a six. Then Hardik did it one more time. Three sixes in that over. So, perhaps both are beginning to go or rather, they chose the bowler to go after: Nawaz.

It turned out it was the bowler they were after as they once again chose to wait out and look for the bad ball. Shadab Khan offered one in the 14th but not many came from the pacers from then on. Tick, tick…. The time bomb kept ticking away.

For his stunning match-winning knock, @imVkohli bags the Player of the Match award. 👏 👏

Kohli dashed out to glance a Naseem Shah ball to fine-leg boundary. Just like he had done against Shaheen Afridi earlier. Charge out, see if the bowlers err. It happened twice, but otherwise the pacers had it in control.

Meanwhile, Pandya too was getting into his attacking positions and waiting for any errors. Haris Rauf didn’t commit any. Neither did Naseem in the 17th over, giving away just 6 runs. Pandya holding shape, waiting but flailing at thin air.

With 48 needed off 18 balls, they had to go for it, surely? Kohli pulled the first ball from Shaheen- a short one- to midwicket boundary. Two balls later, Kohli would do a Pant: A one-handed slice over extra cover for a four. Two in the over but plenty more needed, though. Shaheen too hit the hard lengths and Pandya was unable to get it away. Kohli pulled the last ball of the 18th over from Afridi to fine-leg boundary. 17 runs had flooded in.

It was clear that Pandya would wait for the left-arm spinner Nawaz’s last over; he wasn’t going to manage to hit the pacers. But without which, the game couldn’t be won. And it had to be done against Pakistan’s best bowler on the day Haris Rauf.

Rauf started the 19th over with a ball in the Pandya slot, but he could only swing it straight to deep midwicket fielder for a single. Another hard length short ball arrived from Rauf – short and climbing outside off and it flew over Pandya’s flashing blade. Another hard length again, yet another miss. All those three balls to Hardik on Indian pitches would have disappeared for sixes. Not here, though.

It needed the outrageous skills of Kohli to do it here at MCG. Powerhitters’ swings were not going to cut it. Even as Rauf hurled another hard-length ball, Kohli almost flat-batted it over the straight boundary for an astonishing six. At the dugout, Rohit was applauding in admiration.

The next ball was a tad fuller and bent in – the choice of the length a tribute to the preceding shot that had made Rauf who had called MCG his home pitch abandon his plans. Somehow, incredibly, Kohli whisked it away over finely with a wondrous short-arm swat.

“This boy is a genius, he might not win it but he is a genius,” Ian Smith would scream on air.

It came to the final over. Nawaz with the ball and India seemed to have the right man on strike, Pandya. He went for it first ball, with 16 runs needed. But he went too far across, more cow corner than the straighter long-on. Mistake. That one prized item he carries – the shape – he lost it.

When Dinesh Karthik took just a single off the next, it was all back to Kohli. Kohli walloped a high full toss for a six, and got a free hit and a wide. Next ball was pure madness that made Rohit Sharma say “Kya hua?!” at the dugout.

Even as a really full ball crashed into the stumps. Kohli ran three as the ball rolled to third man. But Kohli would be stranded for the last ball as Karthik was stumped.

Kohli had done everything he could to drag the match to the last ball but its fate was now beyond him. All he could do was stand at the non-striker’s end and watch R Ashwin after a short chat. Did he tell Ashwin, let’s go for a super over or did he say go for the win? But under pressure, Nawaz slipped in a leg-side wide. Next ball, the last ball of the game, Ashwin calmly scooped it over mid-off to ensure Virat Kohli had his moment: He would punch the ground like a man possessed. A man possessed of not just immense talent but a never-ending drive to win.

‘It is the best knock ever played by Virat Kohli for India’: Rohit Sharma