India’s evolution as a cricketing superpower outside Asia coincided with the emergence of Bumrah and his deadly partnership with Shami. Now, the world is in awe of their fast bowling riches, and the crown in the jewel is Bumrah. 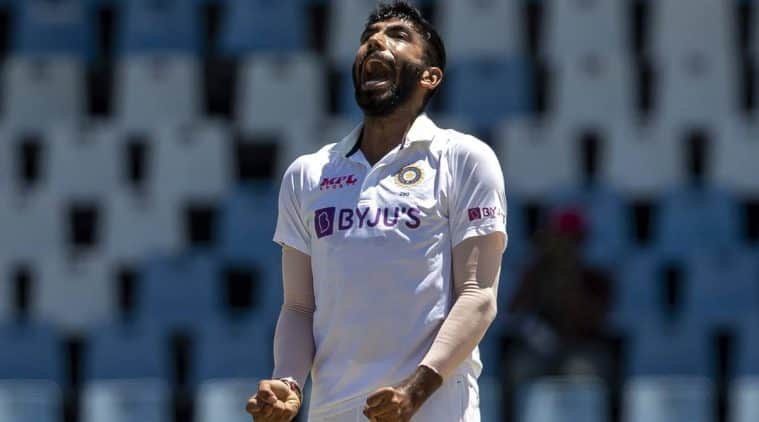 It has become a regular sight in cricket. Jasprit Bumrah beaming, India winning, opponents left staring at genius fast bowling that defies belief. Bumrah has been instrumental in India’s first-ever series in Australia, pivotal to India’s 2-1 series lead in England, and now influential in orchestrating this 113-run win in South Africa, the first step in their pursuit of conquering another elusive shore.

Helping Bumrah break this cricketing ceiling was his long-time pace partner Mohammad Shami, who finished with eight wickets in the game as India took a 1-0 lead in the three-Test series. Easily the deadliest new-ball pair in the world today, they blew away the hosts at a venue that is considered their fortress. South Africa has lost just three of the 27 Tests played at Centurion. South African skipper Dean Elgar seemed determined to protect the citadel, shielding everything that was thrown at him. But against Bumrah’s relentlessness he gave in, out lbw on 77. After that it was only a matter of time.

READ |If Shami wouldn’t get you, Bumrah will

Speaking to The Indian Express, Javagal Srinath, the last India speedster to consistently clock 140 plus kph and dreaded by openers across the world, says Bumrah is “definitely ahead” of him.

“Of all the Indian pacers I have seen and played with, I would put him on top of the pack. Definitely, ahead of me. Top class bowler in world cricket, he has done enough to be in any Hall of Fame. Inswingers, straighteners, leg cutters, bouncers, yorkers, slower cutters — you name it, he has it. It’s been a real pleasure watching him bowl,” he says.

Srinath also shares the reason that makes him “go wow”. “In the West Indies, he looks like a West Indian bowler, in South Africa, he operates like a South African. Same in Australia or England. The lines and lengths, and angles of release, and types of balls in each country conditions — minute tweaks that might go unnoticed — he makes it seem he has been in that country for years. Like a home bowler,” he says.

Numbers back such praise. By any yardstick, they are startling: 106 wickets in 25 games, at an average and strike rate of 22.33 and 50.5; five-wicket hauls in Australia, England, South Africa, and West Indies; a Test hat-trick; and, man of the match plaques from all of these countries.

In the nine matches that India have won with Bumrah, he has nabbed 55 wickets at 15.81 and struck with every 37th ball he has bowled. It’s no sleight of fate that India’s evolution as a cricketing superpower outside Asia coincided with the emergence of Bumrah.

Beyond it all, he has rebranded the identity of Indian cricket. For long, it was connoted to classical, guileful spinners, before it came to be identified with virtuoso batsmen, the technicians and stylists that oozed oriental charm. Now, the world is in awe of their fast bowling riches, and the crown in the jewel is Bumrah. It could even be argued that his influence has been more than that of Virat Kohli, the titular figure of contemporary Indian cricket, since India are winning games abroad despite the captain’s long phase of indifferent form. Jasprit Bumrah was the wrecker in chief for India. (AP)

Vignettes of India’s fast bowlers were too few that all those were easily re-countable. Like that Ishant Sharma spell against Ricky Ponting, or Sreesanth in Johannesburg, or Zaheer Khan at The Oval. Bumrah has the skill and pace to stitch together more treasurable fast-bowling moments than all of those combined. It speaks of his inexorable brilliance, just as it exposes India’s non-existent fast-bowling legacy.

The world has also risen to shower superlatives. The West Indies legend Andy Roberts, thrifty in praise and runs, views him as one of their own. “He could have been one of us in our heyday,” he had once told this newspaper. Another Caribbean totem Curtly Ambrose said that he “would have loved bowling alongside” Bumrah. Vivian Richards said he would rather face Dennis Lillee, and called Bumrah the “diamond in their armoury”.

The not-so-easily wooed Australian crowd were queuing up for his autograph, jerseys, gloves and what not. They composed songs and not parodies for him, they waited for him as they had once waited for Sachin Tendulkar. England captain Joe Root wants his bowlers to learn ruthlessness from him.

In September, referring to Bumrah’s spell at The Oval that turned the game around and gave India a famous win, Root had said: “You look at that spell by Bumrah: he recognised a key moment in the game and turned it on its head this afternoon. It was a wonderful spell that really turned the game. If you’re thrown the ball, you need to get the bit between your teeth and turn the game.”

He scripts eternal moments too— the physics-defying curve-ball to Shaun Marsh, the yorker that blasted Jonny Bairstow’s stumps, the half-volley that stunned Ollie Pope, the laser-guided nip-backer that shocked Rassie van der Dussen. All those moments have catalysed memorable victories abroad. Melbourne, Oval and Centurion—landmarks in India’s sporting history. There is a sense of achievement that will grow with the years in just having been there the day that Bumrah did that.

Says Srinath: “The pressure and intensity of attack maintained by Shami and Siraj now, or Ishant before, has been great. The pressure just keeps building and Bumrah then comes back for his spells to attack more. He can be fresh, he can be mentally relaxed, that he doesn’t have to do it on his own, that he doesn’t have to bowl too many overs and spend his energy. Fast bowling is about conservation of energy. He stays fresh and then attacks ruthlessly when he comes back.”