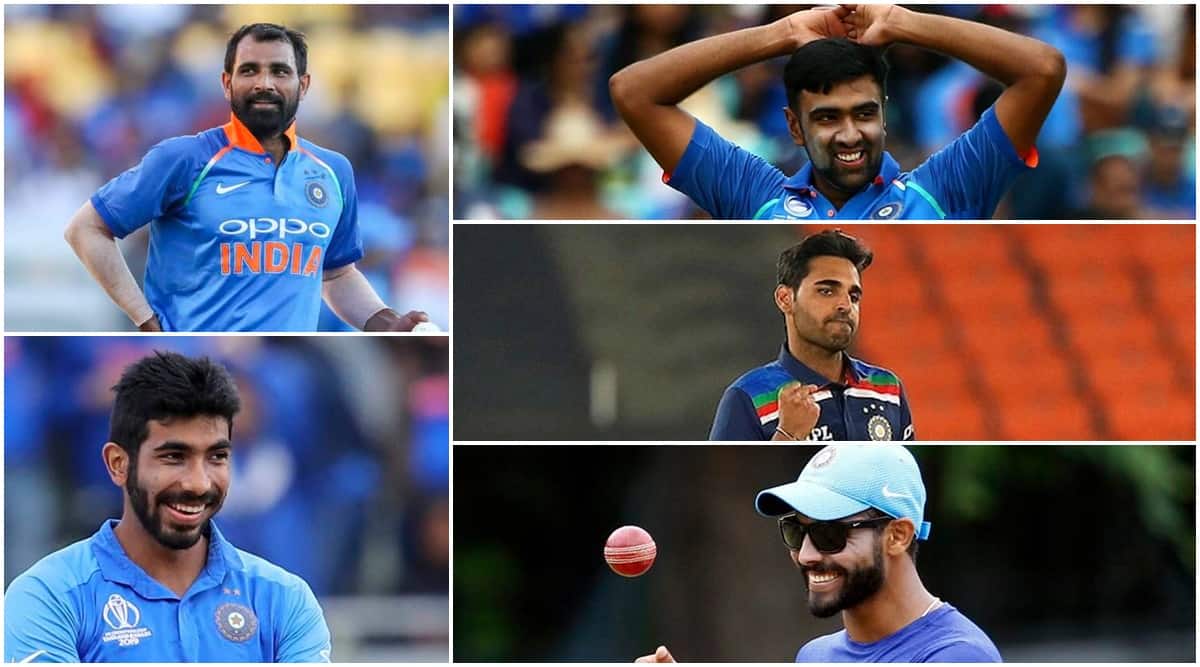 He is a rhythm bowler and it was clear that his entire bowling depends on the kind of run-up he generates. It wasn’t about just running in fast. You run in fast enough so that you are absolutely balanced at the moment of delivery at the crease. It was finding what’s the optimal running speed. We explained the importance of this to Shami. This can’t happen if he doesn’t trust and is willing to do the hard work. He was. There were people who had told him – ‘don’t change anything, work with what got you here’ – which is sound advice, of course, but where is the growth unless you try? He has one of the best seam positions in the world. With such a great natural release position where the seam is upright through the air, he gets more movement off the wicket than in the air which makes him dangerous. The batsmen have less time and they don’t know which way it’s going to move.

‘His bowling needed a small tweak’

He wasn’t making the batsmen play as much as possible. It was just a small tweak – the angle at which he approached the stumps. It primarily came from the way he held the ball. If you see, the way his fingers sit on the ball is different from most seamers. He had it at an angle, slanted, dictated by his wrist position. That would make him push the ball away (from the right- hander) before his natural in-dippers would get the ball in. But he would end up pushing it a bit too outside off-stump. He was releasing from close to the stumps. So, we made him deliver from the centre of the box which gave him a better angle for his in-dippers, which made the batsmen play him a lot more.

He wanted to excel in Test cricket: that was his dream. Boom was always willing to try out different things in nets. My job was to give the right feedback. He is extremely intelligent and a very quick learner. He naturally wanted to know why certain things are happening with the ball – my job was to empower that knowledge. He learnt how to adjust to different lengths on different pitches. We would talk during sessions, breaks, and I knew with him that it wouldn’t be overburdening him at all. He is someone who likes to have that knowledge.

READ |‘During Shastri’s tenure, there was no agenda, decisions came from purely thinking about team values’

‘He needs more vigour through the crease’

His peak hasn’t come in my tenure, yes, but the kind of work we have put and importantly he is putting, means he is on the right path. He is young (26), and the future is still out there. All I want from him is to get more vigour through the crease. Getting that vigour is a combination of working more on the bowling and getting fitter. Vigour doesn’t mean firing it quicker. Once you get that vigour through the crease, the body comes fully into the action, you get more fizz. Remember the ball he bowled in the 2019 World Cup to dismiss Babar Azam? It had everything. A spinner really matures when he is 27-28 and if he maintains fitness after that, he has 10 years of a career.

‘Not afraid to come out of comfort zone’

I thoroughly enjoyed my conversations with Ashwin. He would ask you lots of questions and to answer it convincingly, I had to dig deep into my knowledge. The best thing about Ashwin is, he isn’t afraid to come out of his comfort zone at all. In Australia this time, he loaded up in front of the face, almost. It helped him stay upright and generate more overspin. He would do little things: lean forward at release, weight in front, when he wants to bowl slower without making it obvious with his arm-speed. He would arch back after loading when he wanted more dip and turn. My job would be to observe these little things, see if something is going wrong, and point out if necessary.

Jadeja is a boon to India. Since the 2018 tour of England, he has matured beautifully as a batsman. His bowling has a lovely rhythm, a banker bowler now, and if there is a little help on the wicket, he is very dangerous. And we all know what energy he brings on to the field. A beautiful package, on the whole.

‘When speed dropped, he hasn’t been effective’

He is outstandingly talented; how many bowlers can move the ball both ways as naturally as him? Every time he was bowling 135+, he looked very potent. He could have used far more of his talent and got far more Test wickets. Somehow that didn’t happen. The secret to him doing well is the kind of fitness he has. When the speeds have dropped, he hasn’t been as effective. It’s purely about his fitness and stamina.

‘Line and length is asset”

I was extremely happy to see him do well as I knew the kind of hunger he had when playing for Hyderabad. His passion is quite something. The biggest asset is line and length. You tell him the plan, give him the length to bowl on a particular pitch and the line and you can rest assured that he will do it ball after ball. He looked as if he belonged there even in his first Test. Good enough to win matches.

Bharat Arun on how Shami and Ashwin got over their disillusionment

Shami was extremely angry with life, he was on verge giving up the game: Bharat

Shami was totally disillusioned. He was on the verge of giving up the game. When Ravi and I sat down with him, he said he was “extremely angry with life” and “I want to give it up”. We said, “It’s good that you are angry. Anger is the best thing that has happened to you.” He looked at us quizzically. We told him, “You are a fast bowler; anger isn’t bad! Let’s get the bitterness out of it. Life has turned you into a very angry man, but what are you going to do now? You can quit, that’s your choice but you can also tell yourself that I am angry, how do I channelise it?” We told him, “Focus on your body, fitness. Go for one month to NCA (National Cricket Academy) and beat your body into shape. Take out the anger there.” He went and worked like a manic bull, I hear, and I remember him telling me, “I have gained strength, I can take on the world!”. He was a strong guy and that anger phase actually helped him turn into something better. No more laxity, no more ‘daalke dekhten hai, kya hota hai (let’s bowl and see what happens)’. He was now focused and ready each time at the top of his run-up. He was a true fast bowler now.

“Ashwin’s injury was a blessing in disguise”

In 2018, near the end and after that tour of England, Ashwin was quite disillusioned. His body, fitness prevented him from achieving what he could. Remember, he had started beautifully in the first Test at Birmingham. Then his body came in the way. I could understand his frustration. The injuries that didn’t help him finish his action. Maybe, what happened to him then was a blessing in disguise as right now he has taken care of his diet, his exercise regimen and is the fittest he has ever been. The knowledge and experience that he has acquired is all kicking in beautifully. Not a surprise then that he has forced his way back into white-ball cricket also. I would go as far as saying you would see the best period of Ashwin in the future. Everything is syncing really nicely.