A day after Shakib was banned for two years, those close to the ICC anti-corruption unit said bookie Deepak Aggarwal hails from Sonepat in Haryana but is now based out of Dubai. He also runs a cricket academy in the National Capital Region.

Deepak Aggarwal, the alleged bookmaker named by the ICC as the man who approached Bangladesh star Shakib Al Hasan for inside information, had been a regular on the international cricket circuit and claimed to be a promoter of a planned T20 league.

A day after Shakib was banned for two years, those close to the ICC anti-corruption unit said Aggarwal hails from Sonepat in Haryana but is now based out of Dubai. He also runs a cricket academy in the National Capital Region.

“Aggarwal came on Dubai’s ICC anti-corruption unit’s radar because of his suspicious movement during a game in Abu Dhabi. After that he was put under surveillance and this brought to light his frequent interactions with Hasan,” a source told The Indian Express.

Read | Do we work in this or I wait till the IPL: Indian bookmaker’s text to Shakib Al Hasan

It is learnt that Aggarwal started as an alleged bookie in Haryana but shifted to Dubai after suffering big losses. “We understand he isn’t the kingpin of the match-fixing syndicate but works for a Gwalior-based bookie, who is also on the ICC radar. Aggarwal is a runner of sorts whose job is to get in touch with players and lure them into giving inside information about the games they are involved in. Since even the smallest league these days attracts thousands of betters, any kind of inside information helps bookies,” the source said. 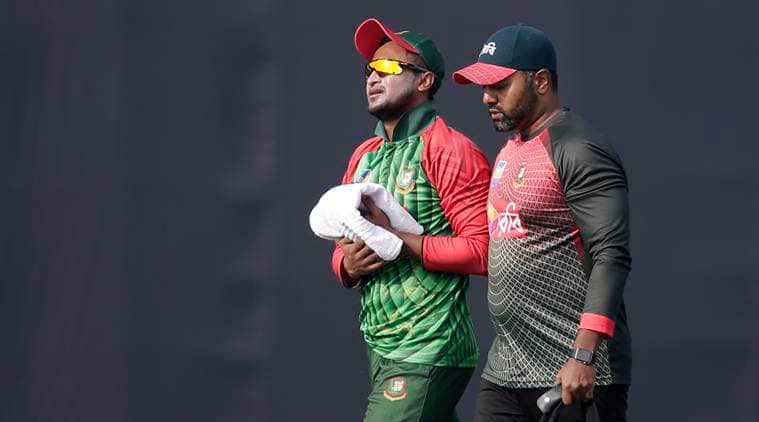 Detailing Aggarwal’s modus operandi, the source said: “Aggarwal would follow players he had targeted wherever they were playing. In the initial meeting, Aggarwal would offer a hefty amount to players to be part of a league which he would say he was planning. Once he won their confidence, he would then inquire about team composition and possible scores.”

The ICC’s press release Tuesday about Shakib’s ban confirmed Aggarwal’s actions and movements. The global cricket body said that the first interaction between the alleged bookie and Shakib took place in mid-November of 2017 during the Bangladesh Premier League. Shakib was playing for Dhaka Dynamites. The all-rounder, when questioned by ICC, had said that a person who was known to him had provided his contact number to Aggarwal.

In January 2018, Aggarwal and Shakib had communicated over WhatsApp during the tri-series in Dhaka which involved Sri Lanka and Zimbabwe. On January 19, Aggarwal congratulated Shakib on WhatsApp for being named man of the match. This was followed by a second text: “Do we work in this or wait til (sic) the IPL.” The reference to work was about providing inside information. 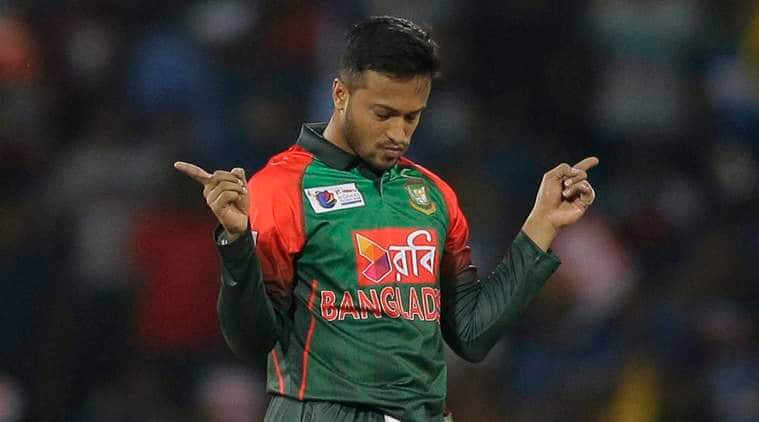 Aggarwal and Shakib continued to stay in touch during the tri-series. On January 23, the alleged bookie made another approach to Shakib for inside information. “Bro anything in this series,” the WhatsApp message said.

Aggarwal again got in touch with Shakib in April during the IPL when the Bangladesh player was with Sunrisers Hyderabad. Aggarwal now wanted to know if a particular cricketer was in the playing XI. Aggarwal also asked Shakib for his ‘dollar account’ and spoke about bitcoins. Shakib, during this conversation, said that he wanted to meet Aggarwal ‘first’.

Shakib, in his two interviews with the ACU in January and August this year, said that he did not accept or act upon any of the approaches he received from Aggarwal, in particular, did not provide any of the information asked for, and didn’t receive any money or any other benefit from him.