The big guns never fired in unison, and India continued to play a conservative brand of cricket with both bat and ball in Australia 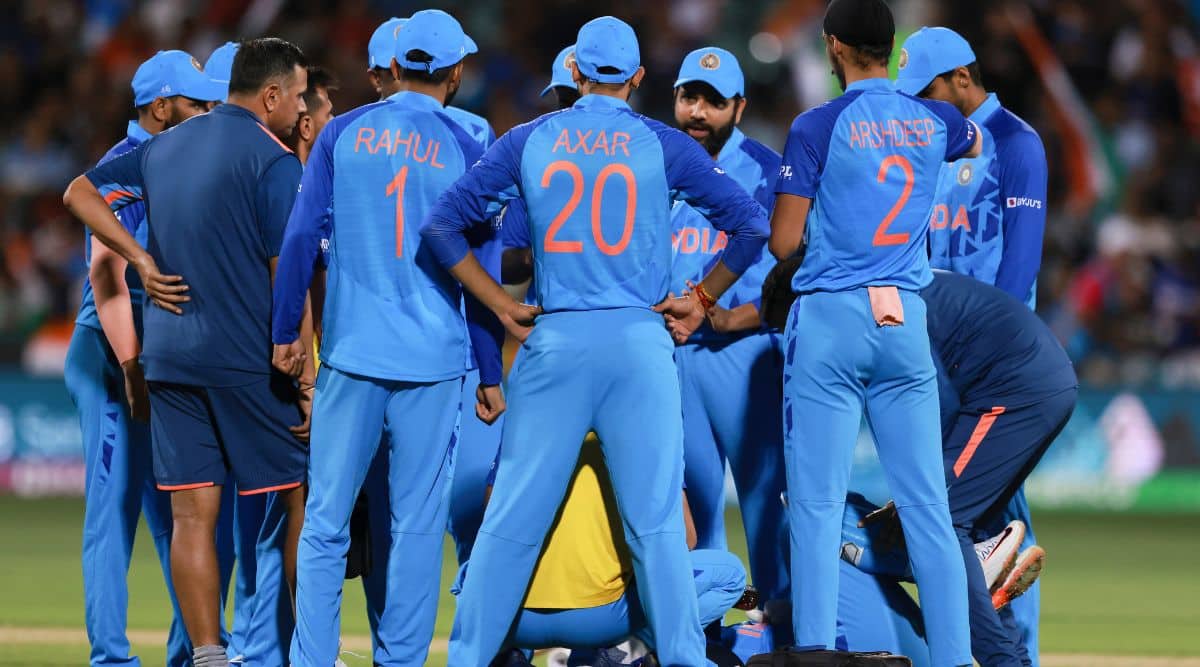 Indian cricket survives on star power. The biggest stars are legends and demi-gods rolled into one. When they are performing, it’s said, they are capable of winning a match on their own. When they are not, it’s hoped that they will bounce back just in time to win a big match.

This infinite trust in the top guns is what holds India back at the business end of successive white-ball ICC tournaments, despite making it to the semifinals or finals almost every time. But no lessons seem to be learnt.

This feature played out again against England at the Adelaide Oval on Thursday. There hadn’t been a match in this competition where all three – Rohit Sharma, KL Rahul and Virat Kohli – had fired in unison. The skipper, especially, had been short of runs while Rahul found a few against Bangladesh and Zimbabwe.

Only Kohli and Suryakumar Yadav, who captured the attention of world cricket in this tournament, were in run-making form before Hardik Pandya stepped up to no avail in the semi-final. But even then, the highest score India managed in this World Cup was 186, with their three highest totals coming against Zimbabwe, Bangladesh and the Netherlands.

The start of the Indian innings, almost in every match, was pedestrian by current T20 standards but there was hardly any thought given to a possible change in the top order. The only debate about team composition was whether Rishabh Pant should replace Dinesh Karthik. The top four was seemingly set in stone. It was believed the big guns would roar at the opportune moment and were just keeping their powder dry in the group stage. It was just a matter of time, it was said.

But that’s how Indian cricket functions. It’s up to the big names to make even a bigger name for themselves on the big day, even if that line of thought hasn’t quite worked in big knockout games for almost a decade now. Kohli and Pandya got half-centuries against England alright, and the latter went into overdrive in the slog overs, but the inadequacy of the total was laid bare by Jos Buttler and Alex Hales, who didn’t let the contest enter the slog overs of the second innings.

It’s not like the case with England. If Hales and Buttler don’t fire, there’s Ben Stokes, or Moeen Ali, or Liam Livingstone – none with the individual class of Kohli, but much more potent as a unit.

Kohli and Yadav dominated the run-scoring charts and headlines throughout the tournament, but neither will feature in the summit clash. Buttler and Hales are the only batsmen among the top 10 scorers for the tournament who will be in action on Sunday. Cricket is called a team game for a reason.

Conservatism was a feature of both the batting and bowling sides. India never seemed to target anything over 170 against top opposition, and the bowling struggled if there was no help from the conditions early on. It hasn’t been long since India changed the template in white-ball cricket with two wrist-spinners in Yuzvendra Chahal and Kuldeep Yadav. The latter has just started on his way back after a downturn in fortunes, but Chahal was considered good enough to make the T20 World Cup squad, only to warm the bench and do interviews with teammates. Of late, India has used spinners more as a run-saving tool than an attacking one.

It’s the reluctance to include a more attacking spin-bowling option that resulted in India being held hostage to pitch conditions. There was no express pace either. Bhuvneshwar Kumar has been lethal with the new white ball for a long time, subject to conditions, but his relative lack of pace caught up with him on the big day. Arshdeep Singh has shown a lot of promise, but might not have got a look-in if Jasprit Bumrah had been available.

Ravichandran Ashwin made a return to India blues, but his biggest contribution in this World Cup came not with the ball, and neither with the bat, but in leaving a wide down the leg side in the last over of the game against Pakistan.

And Axar Patel’s inclusion in the playing XI had more to do with some batting depth down the order than penetration with the ball, especially when the left-arm spinner couldn’t be trusted to bowl his full quota in unhelpful conditions.

After India’s ouster, there would be a lot of finger-pointing towards India’s preparation, experimentation and approach in the months leading up to the T20 World Cup. But the question needs to be asked whether India made the most of the personnel they had with them in Australia.

There may be parallels drawn with New Zealand, who keep getting into semi-finals and finals of global white-ball tournaments without quite making the final step. But there is no comparison between the two countries as far as the cricketing ecosystem, player pool and resources are concerned. The Kiwis consistently overachieve given their various constraints. The same cannot be said about India.