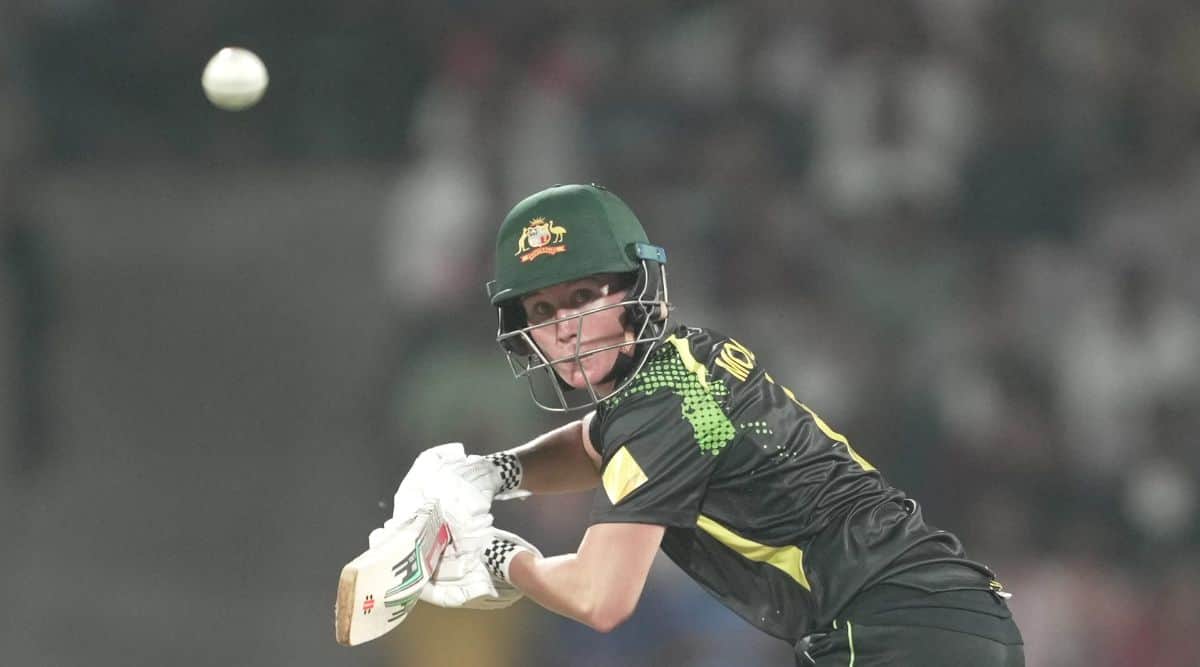 Opener Beth Mooney made short work of India’s 173-run target with a belligerent 57-ball 89 to power the Australian women’s team to a convincing nine-wicket victory in the first T20 International.

Mooney smashed 16 fours during her stay in the middle, and was helped by Tahlia McGrath’s unbeaten 29-ball 40, which included four boundaries and two sixes. Australia thus took a 1-0 lead in the five-match series. Earlier, the experienced Deepti Sharma blazed away to an unbeaten 15-ball 36 to power India to 172 for five. Sharma smashed four successive boundaries in the final over, bowled by Megan Schutt to boost India’s run rate after Richa Ghosh (36 off 20 balls) and the returning Devika Vaidya (25 off 24) added 56 runs for the fifth wicket.

Australia win the first #INDvAUS T20I.#TeamIndia will look to bounce back in the second match of the series. 👍 👍

Chasing a stiff target, the formidable Australian opening pair of skipper Alyssa Healy and Mooney gave Australia the start it needed, adding 73 runs in just under nine overs. Healy and Mooney played some wonderful shots during their scintillating partnership to put the Indian bowlers under pressure.

Making matters worse was a dropped catch by Radha Yadav at backward point off Renuka Singh, giving Mooney a life when the batter was on 4. Medium pacer Renuka was then hit for three successive fours by Mooney, even as her captain struck the first six of the Australian innings.

If the dropped catch was not enough, India’s fielding overall was poor. Vaidya, playing her first T20I since her debut in 2014, effected the first breakthrough when she had Healy caught by Harmanpreet. The loss of the skipper, for a 23-ball 37, failed to disturb Australia’s momentum as Mooney found an able ally in Tahlia McGrath. It was as good as over for India after Mooney took 18 runs in the 15th over to bring the equation down from 55 runs off 36 balls to only 37 runs in the last five overs.

Earlier, Sharma hit eight boundaries in her blistering knock, while Ghosh found the fence five times and cleared it twice.

India were off to a flying start with the teenaged Shafali Verma smashing Megan Schutt for a four and a six over long-on in the first over, which yielded 12 runs. The seasoned Smriti Mandhana (28 of 22 balls) cut debutant Kim Garth for a four, before Shafali slashed Ellyse Perry on the off-side for her second maximum, a ball after an inside edge went past the keeper for a boundary.

However, Perry had her revenge when she cramped Shafali for room on the leg side and the batter ended up giving a catch to skipper Alyssa Perry. This was the fourth time Perry has dismissed the 18-year-old Indian power-hitter.

Mandhana, who has a fine record against the Australians, showed her class when she scored four boundaries off Garth, the flurry of fours propelling India to 45 for one in just four overs.

The 17-run fourth over was followed by the wicket of Jemimah Rodrigues, who succumbed to pressure after four dot balls by Perry, the batter’s mistimed pull landing in the hands of Annabel Sutherland. Schutt was brought back after a wicket maiden by Perry, and she conceded just three runs to keep India at 48 for two at the end of the six powerplay overs at the DY Patil Stadium.

Healy introduced the off-spin bowling of Ashleigh Gardner, and Harmanpreet Kaur (21 off 23) drove her through covers for her first boundary. Healy made another bowling change and it worked as Sutherland had the well-set Mandhana caught by Mooney at point in a rather soft dismissal.

After a couple of quiet overs, Harmanpreet pulled Sutherland for a welcome boundary. However, Garth had the prized scalp of Harmanpreet — her first for Australia after representing Ireland for a decade — when the Indian captain played away from her body and hit it straight to fielder at cover. The duo of Ghosh and Vaidya then took over.

How to upcycle your wedding dress