BCCI to grant accreditation to former office-bearers for matches

Vinod Rai & Co. had given the authority to BCCI chief executive officer Rahul Johri in distribution of complimentary tickets, a decision which is also likely to be reversed. 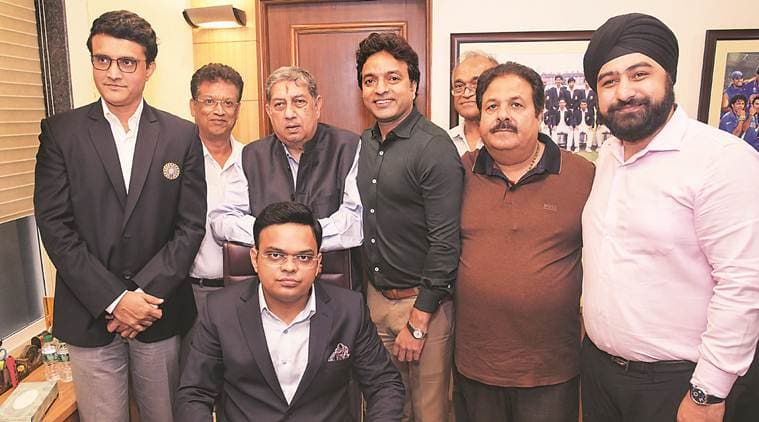 In a departure from the practice followed by the now-defunct Committee of Administrators (CoA), BCCI president Sourav Ganguly and his team has decided to grant central accreditation cards to former BCCI office-bearers, presidents and secretaries of all state associations which will allow them free access for any games held in India.

The CoA had decided to cut the prescribed tickets quota of past office-bearers for international matches. Vinod Rai & Co. had given the authority to BCCI chief executive officer Rahul Johri in distribution of complimentary tickets, a decision which is also likely to be reversed.

The new BCCI constitution restricts the distribution of complimentary tickets to 10 per cent, making public sale of the other 90 per cent mandatory. The new body is going to visit this stipulation in the coming days. Last year, many state association had objected to this clause and Madhya Pradesh Cricket Association even turned down a India vs West Indies ODI.

Having central accreditation for former office-bearers and state unit office-bearer will ensure that members are treated well during a game. Often, BCCI has its own corporate box for international games and with this accreditation card, they will have hassle-free entry into the stadium.

Another decision taken by the new BCCI regime was to sent an email to all state units asking them to nominate ‘match observers’ for international games. This is another practice discontinued by the CoA. “Till now, BCCI staff used to hand over complimentary tickets of sponsors, stakeholders and government officials but now the board has asked state units to send names of their people whom they want as match observers. Each state unit will have to send one representative and they will be nominated as match observer. The current regime wants to ensure members that the new board is like the old BCCI,” sources said.

PTI adds: Former India captain and coach Anil Kumble has supported Virat Kohli’s view of having five centres for Test matches in order to bring the spectators back to the stadium. Kumble, in fact, wants the BCCI to go back to the old tradition of the 80s and 90s where Test matches at specific centres were held during festivities. During the 80s and 90s the BCCI calender used to have Tests on New Year in Kolkata and in Chennai at the time of Pongal. “I think that has certainly been one of the ways of promoting Test cricket. By restricting it to few centres and not just that it is also important to choose the time of the Test match,” Kumble was quoted as saying by CricketNext. “We all remember that in the festival time, during the festival of Pongal, the Test match used to happen in Chennai.”

The person you’ve called is out of coverage area