In the T20 series which finished on Monday, Bangladesh was swept by Pakistan 3-0, extending its losing streak in T20s to eight matches. 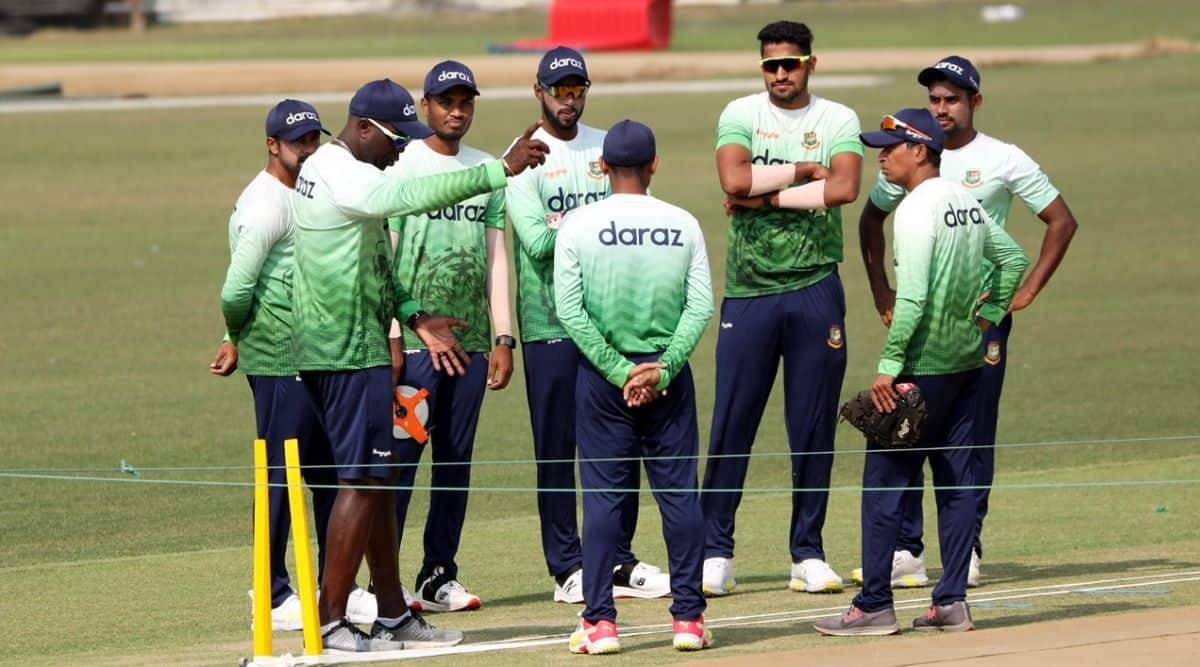 Bangladesh Team practice session ahead of the first Test against Pakistan. (Twitter/Bangladesh Cricket)

Bangladesh is putting on a brave face ahead of the two-test series against Pakistan starting on Friday in the absence of senior players such as ace allrounder Shakib Al Hasan and after recent Twenty20 failures.

Shakib has failed to recover in time from the hamstring injured during the T20 World Cup. Opener Tamim Iqbal has opted out of the series due to injury, and Mahmudullah, who hit 150 not out in Bangladesh’s last test against Zimbabwe, has retired from this format.

Captain Mominul Haque said the young players in the team are motivated enough to fill the seniors’ shoes.

“We have to play with whatever resources we have,” Mominul said. “There’s no point of thinking who is in the team and who is not. These seniors had a lot of contributions for Bangladesh cricket. But life goes on.”

In the T20 series which finished on Monday, Bangladesh was swept by Pakistan 3-0, extending its losing streak in T20s to eight matches.

Snaps of Bangladesh Team practice session today (November 25) ahead of the first Test against Pakistan.#BANvPAK pic.twitter.com/1QXoJE1zRt

Mominul insisted they won’t carry over the baggage from their dismal T20 record.

“I don’t think that (T20 record) will have a negative impact as the format is completely different. In test cricket, you have to be consistent,” he said with a straight face.

But Bangladesh’s test record this year also is unconvincing. It lost two home tests against the West Indies from favorable positions. A two-test series in Sri Lanka was lost 1-0, then it beat Zimbabwe by 220 runs.

“In test cricket, the momentum could shift in just one session,” Mominul said. “If you win 12 sessions in four days but then loss three sessions on the last day, you could end up losing the match.

“So what I want to say is we have to be very consistent throughout the five days. We have a plan which we will try to stick to. Whatever happened before this test is in the past and we are now focused on playing good cricket.”

By comparison, Pakistan start the test series in high spirits and confidence. Pakistan won series against South Africa and Zimbabwe at home before drawing with the West Indies, which was its first series in the new world test championship cycle.

Captain Babar Azam warned his side against complacency.

“The difference is that it is their home team and we cannot take them easily,” said Babar, who also said something similar before the T20 series.

“It’s true that they are a young team but they are playing in their home conditions. They can give us a tough time and we need to be focused.”

He also emphasized switching into test mode quickly, only four days after T20s.

“The test matches are very important even though we have had little time (to prepare),” Babar said. “Our test cricketers are coming after the season so we have tried to utilize the days because the time is short.”