With a fine blend of youth and experience in their ranks, Bangladesh would look to win their first Asia Cup title. 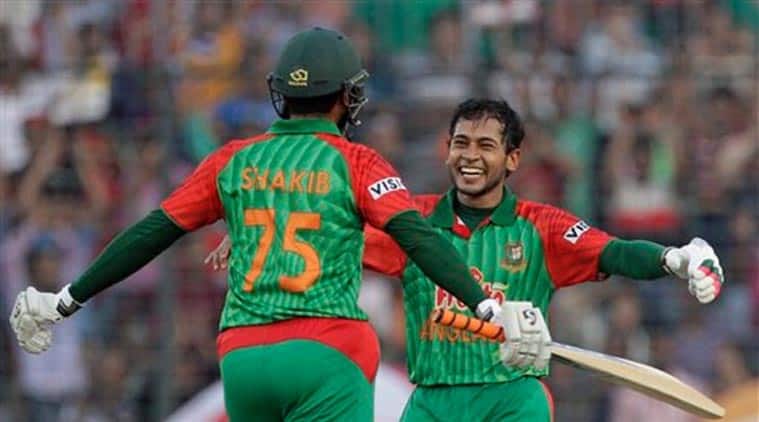 Once considered the whipping boys of world cricket, Bangladesh have had a pretty dramatic turnaround over the past few years. They are no longer the team on the periphery but the ones to beat – especially at home.

While other teams would bank on experience, Bangladesh would be pinning their hopes on youngsters. Because it is their youthful exuberance that has helped beat the likes of South Africa, India, Zimbabwe, Pakistan in 2015/16.

Bangladesh are yet to win the Asia Cup but the 2016 hosts can take a lot of confidence from their efforts in the 2012 edition when the Mushfiqur Rahman-led unit beat both India and Sri lanka before losing to Pakistan in the title clash.

Hosts’ confidence boosting wins over South Africa, India, Zimbabwe and Pakistan came in the 50-over format last year. But now with the Asia Cup being played as a T20 tournament for the very first time, Bangladesh would have to make their style work in the shortest format of the game too.

In terms of recent T20 history, they drew both series against Zimbabwe and lost to South Africa.

Bangladesh can be blamed for leaking plenty of runs in the early stages of a match and taking their time to get into a game which is possibly the reason why they are good customers into 50-overs but fail to reciprocate that into Twenty20 cricket.

Both series wins against India and South Africa would definitely act as confidence boosters for the Mashrafe Mortaza captained team. Another possible factor could be to see their younger compatriots finish 3rd at the recently concluded U-19 World Cup. A testimony that Bangladesh and its youngsters are not to be taken lightly.

A factor that many don’t normally attribute to cricket – but they should – is of the crowd. Playing at home in front of what is expected to be capacity crowd, Bangladesh would be a daunting task for any team.

Shakib Al Hasan, Rahim and Mortaza form the pillars of this side as they try to keep the foundation steady and prevent it from crumbling in the midst of youngsters.

Mustafizur Rahman, who was thorn in MS Dhoni’s India flesh last year, would look to emulate his show against the neighbouring countries. Recognising his capabilities, Sunrisers Hyderabad snapped him up for the upcoming edition of Indian Premier League (IPL).

Shakib-Al-Hasan offers tricky spin bowling as an option to his side and a key member to slow down the flow of runs.

The youthful members will not ask for a bigger start than facing India in the opener on 24th February.

Vs India on 24 February

Vs UAE on 26 February

Vs Sri Lanka on 28 February

Vs Pakistan on 2 March

Kabir Bedi to star in ‘The Broken Key’