Sri Lanka would lack the spin element as they commence their Asia Cup campaign against the qualifying team on February 25. 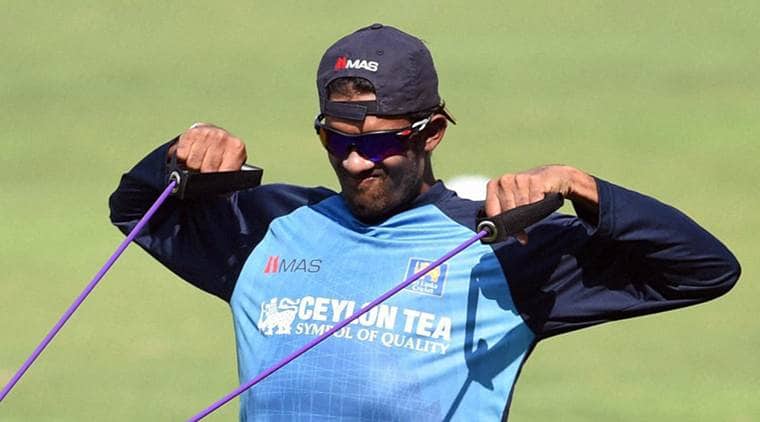 Sri Lanka lack a quality spinner in their squad ahead of the Asia Cup and World T20. (Source: PTI)

2016 Asia Cup: The ‘mystery’ has been unraveled and there is no Mendis in the squad. Mendis apart, the squad lacks a quality spinner

Sri Lanka have been attributed to producing quality spinners through the years. From legendary Muttiah Muralitharan to Kumar Dharmasena and then for some time it looked like Mendis had picked up the baton.

In T20Is, he still holds the record for best figures: 6/8 vs Zimbabwe and 6/16 vs Australia. But that moment has passed and it didn’t live as long as many Sri Lankans would have liked.

Going into the Asia Cup starting 24th February, Sri Lanka won’t boast of a strong chunk in their armour – a spinner.

They do have the likes of Rangana Herath, Sachithra Senanayake, Jeffrey Vandersay, Milinda Siriwardana and Shehan Jayasuriya’s in their midst but that difference maker is missing.

The lack of wicket taking or run stopping solutions, provided by a spinner, hinges the balance away from The Lions.

This was evident at the final T20 against India in Vishakhapatnam where Ravichandran Ashwin won the ball beautifully to win India the game. On the same track, key spinner in Senanayake was barely getting the juice out of the pitch.

With a much depleted spin department, Sri Lanka’s hopes would effectively lie with their seamers. Captain Lasith Malinga, who is the highest wicket taker in T20I with 38 scalps, is expected to spearhead the attack. Giving him support will be Nuwan Kulasekara and Thisara Perera.

In the batting department, Tilakratne Dilshan and Dinesh Chandimal are the top draws to get Lankans off to a flier. The latter, though, is yet to establish himself in the shortest format but has quality and style on his side.

In the middle order, vice-captain Angelo Mathews is expected to provide the spine amidst inexperienced Dasun Shanaka and Niroshan Dickwella.

Vs UAE on 25 February

Vs Bangladesh on 28 February

Vs India on 1 March

Vs Pakistan on 4 March