Ajantha Mendis scalps four, including the prized wickets of Dhawan and Kohli, to end with figures of 4/60. A very usual contest was on the cards as India and Sri Lanka, playing their 144th ODI – the most between two nations – against each other, took field in Fatullah. As if following a tradition, Sri Lanka skipper Angelo Mathews wasted very little time in putting India in. This time thanks to the dew.

For a change, something different happened. The Indian openers were tied down by the Sri Lankan seamers as Shikhar Dhawan and Rohit Sharma took time to get their eye in. Dhawan-Rohit were in desperate need of runs under their belt, and looked determined to get a big one today.

All, it seemed, was going according to the plan before Mathews spiced up proceedings. The skipper introduced spin as early as the fifth over of the innings, and stalled Indian progress. There were no such demons in the strip, but runs were not flowing against Senanayake’s accurate off-spin.

The offie got rewards early in his spell when he scalped Rohit in his third over, the ninth of the Indian innings. Another failure adds to Rohit’s already long list of disappointing performances. After his splendid double century against Australia, Rohit, in the 13 matches he has played, has scored only 304 runs at pedestrian average of 25.33. In the process, he has managed only two scores in excess of fifty, and the strike rate is not very encouraging either. Early wicket was no problem for the Indian skipper as the right-hander continued from where he left. Getting off the mark with a boundary signalled he was ready for a big one against his favourite opposition. Dhawan, too, gained confidence with the free-flowing Kohli at the other end as the duo scored runs at a brisk pace. In no time, they added 97 for the first wicket. It seemed the Mendis mystery was a thing of the past when Kohli and Dhawan played the spinner with utmost ease in the middle. Kohli, in particular, was playing the spinner well and used his feet to perfection.

Something unusual happened again, this time in the 26th over of the Indian innings. Second ball: Mendis bowls slightly back of length, to which Kohli presents the full face and pushes through covers. Third ball: Mendis makes slight adjustment, pushes the ball slightly back and deceives the right-hander with the length and turn. Result: A shocked Kohli acknowledges the delivery, and makes the long walk back.

There was no looking back for the mystery spinner who added three more to his kitty, including Dhawan’s wicket, to end with figures of 4/60. 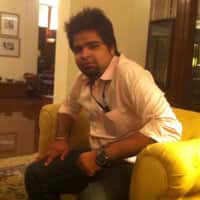