Australia lost the Boxing Day Test by an innings and 14 runs inside two days and a session, while a dominant Australia had won the first Test by nine wickets in Brisbane and then registered a convincing 275-run victory in the next match in Adelaide. 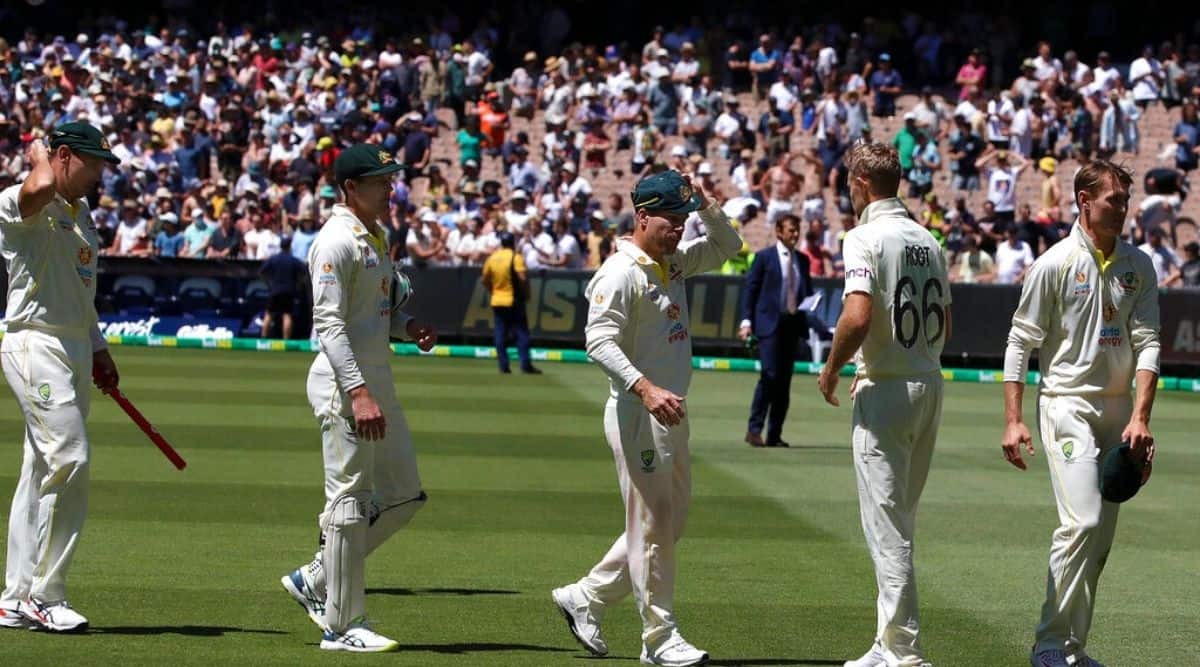 England's Joe Root, second right, shakes hands with Australian players on the third day of their cricket test match in Melbourne, Australia, Tuesday, Dec. 28, 2021. Australia wins the test by an innings and 14 runs and has retained the Ashes. (AP Photo/Asanka Brendon Ratnayake)

Apologising for the Ashes defeat Down Under, ECB managing director Ashley Giles has called for systematic changes in English cricket, but stressed that mass sacking is not the solution for the team’s recent struggles in Test cricket.

England trail the ongoing five-match Ashes series 0-3. The visitors were completely outplayed in the first three games.
Australia lost the Boxing Day Test by an innings and 14 runs inside two days and a session, while a dominant Australia had won the first Test by nine wickets in Brisbane and then registered a convincing 275-run victory in the next match in Adelaide.

“We’ve not done well in terms of results. In the 1990s (a similar record) was accepted as normal for England leadership and they got away with it. We set our standards much higher than that,” he added.

England have lost a record nine Tests in 2021 and the Ashes defeat has led to speculations regarding the future of Test skipper Joe Root and head coach Chris Silverwood, while Giles role is also under the scanner.

“Unless we look at more systemic change, a collective responsibility, and collective solutions, we can’t make whatever changes we want.

“You can change me, we can change the head coach and change the captain, but we’re only setting up future leaders for failure. That’s all we do. It’s only pushing it down the road.”

Giles said the ECB will be reviewing the tour.

“We will review the tour, obviously. Everything will be on the table.

“Are we creating (domestic) conditions that will allow us to better prepare our cricketers for playing in the conditions out here? I’m not sure we are at the moment.”

“What we play, when we play, on what (pitches) we play – that’s a collective responsibility. It’s up to us as ECB but also a conversation to have with the counties,” he said.

He made wordle for his partner, now it’s an online hit