He is also the third Englishman to reach this landmark after James Anderson (167) and Alastair Cook (161). 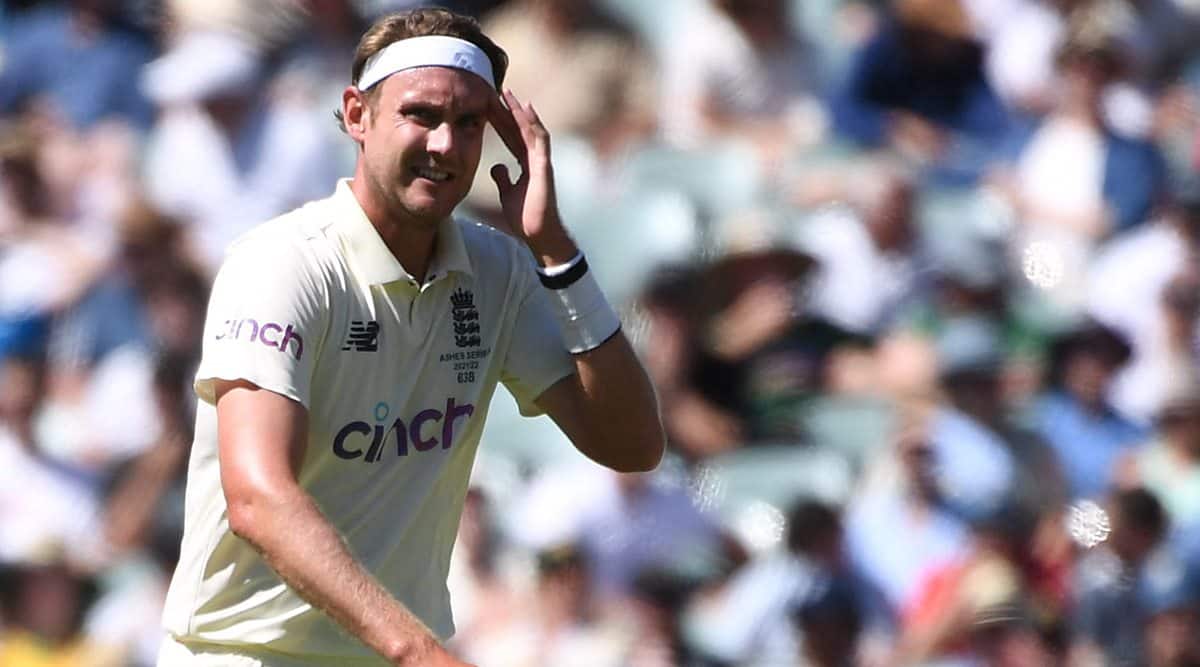 Strauss said he had spoken to Broad and Anderson after they were omitted and that he hoped they would understand the rationale behind the decision. (Reuters/FILE)

Stuart Broad on Thursday became the 10th player to feature in 150 Tests when he stepped on the field for the second Ashes Test between Australia and England at the Adelaide Oval.

He is also the third Englishman to reach this landmark. James Anderson (167) and Alastair Cook (161) are the other English players to have played 150 or more Tests.

As the two sides kickstarted Day 1 of the day-night Test on Thursday, Broad returned to the England bowling attack to apply pressure on the Australian batters than they’d faced in the entire series opener at the Gabba last week. Broad took the only wicket of the session to mark the start of his 150th Test match. After he and Anderson missed the Gabba match, the pair opened with the new ball and didn’t concede a run until the end of the third over.

David Warner withstood all the pressure from England’s pace veterans and had a couple more reprieves as he helped Australia reach 45 for 1 at the first interval. Recalled strike bowler Broad tormented Warner, who survived a strong lbw appeal and was repeatedly beaten by the seamer.

It seemed only a matter time before the first wicket would fall and Broad got the breakthrough, removing opener Marcus Harris for just three runs via a cracking catch from Jos Buttler. It took 18 balls before a run was struck, the first 10 overs yielding just 11 runs.

Broad is well and truly back for England!

He removes Marcus Harris for three after an athletic catch from Jos Buttler!

The visitors, fielding close in, had Australia pinned down throughout the opening two hours but were unable to take more wickets and burned two reviews trying to dismiss Warner.

Australia lead the series 1-0 after their nine-wicket win in Brisbane.