Anurag Thakur said India cannot be threatened in this matter. He expected Pakistan to play the World Cup in India. Thakur, however, said that the probability of India travelling to Pakistan “aren't much”. 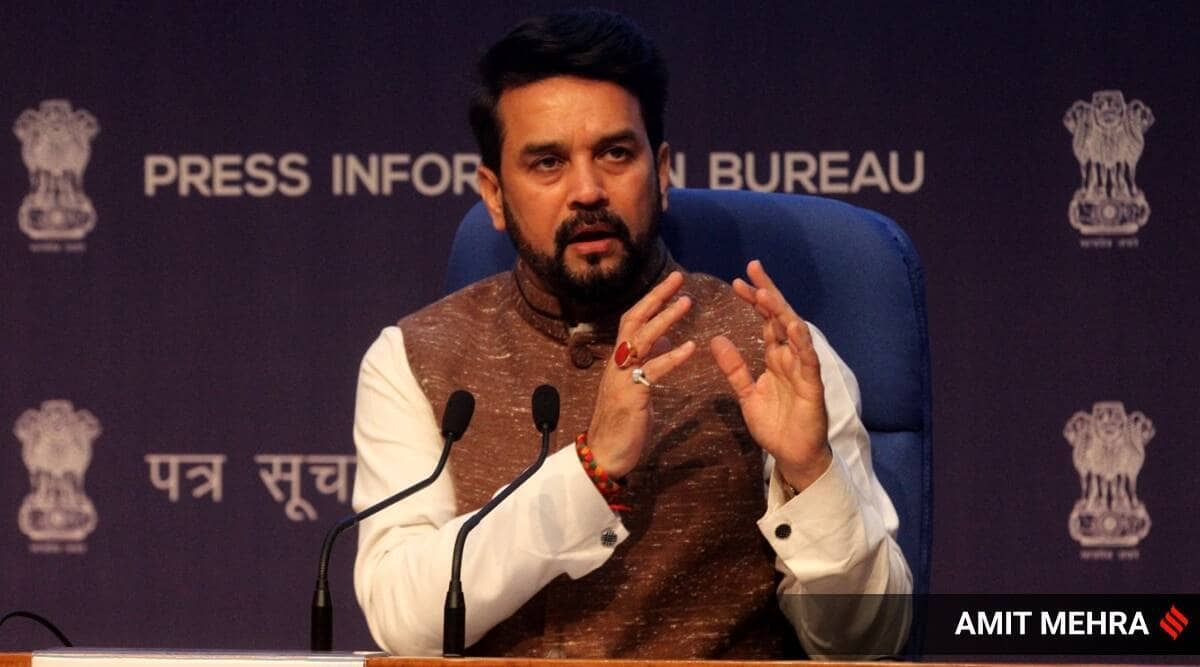 Reacting to PCB’s threat that India’s refusal to travel to Pakistan for next year’s Asia Cup could trigger a tit-for-tat response at the 50-over World Cup, sports minister Anurag Thakur said that he expected all teams to participate in the mega ICC tournament.

BCCI secretary Jay Shah, after the Board’s annual general meeting on Tuesday, had said that India won’t travel to Pakistan for the Asia Cup, and the tournament will be held at a neutral venue. Incidentally, Shah is also the president of the Asian Cricket Council (ACC). The Pakistan Cricket Board was left peeved at the comment and said such an eventuality will affect their team’s participation at the World Cup to be hosted by India.

But Thakur, also a former BCCI president, said teams from Pakistan have played in India on several occasions in the past, but Indian teams going across the border was a matter on which the government had to take a call. The minister said India cannot be threatened in this matter. He expected Pakistan to play the World Cup in India. Thakur, however, said that the probability of India travelling to Pakistan “aren’t much”.

“All teams who qualify for (the World Cup) are invited (to compete on Indian soil). Many times, Pakistan teams have come to India and played. I feel India is not in a position to be dictated (by someone) and there is no reason for anyone to do that. I expect all countries to come and compete,” Thakur told reporters on Thursday.

Top-level international cricket has returned to Pakistan after a hiatus of more than a decade. Touring sides had avoided Pakistan after the Sri Lankan team was attacked in Lahore in 2009, but England, Australia and West Indies, among other teams have played in Pakistan over the last few years. However, India hasn’t done so, and Thakur hinted there was not much chance of it happening in the near future.

“Possibilities (of India playing in Pakistan) are always there. Who thought there would be COVID-19? Anything can happen but the chances (of the Indian team travelling to Pakistan) are not much.

“…It’s a decision that will be taken by the home ministry. Overall, players’ safety and security is an important matter.”

When pointed out that other teams had toured Pakistan in the recent past, Thakur refused to budge.

“That is a security concern. The government will take a call on that. Let the time come, let us see the situation at that time,” he said at an event to announce the fifth edition of the Khelo India Youth Games, which will be held across eight cities in Madhya Pradesh from January 31 to February 11.

New BCCI president Roger Binny also said that the Board will have to go by the government directive when it comes to series against Pakistan.

“Once we get clearance from the government, we go with it. We can’t make decisions on our own. We have to rely on the government. We have not approached them yet.” .

Shah’s comment had ‘disappointed’ the PCB, who have demanded an emergency meeting of the ACC. “Such statements (like Shah’s) can split the Asian and international cricket communities,” and impact Pakistan’s visit to India for the 2023 World Cup, the PCB had said in a statement.

India haven’t travelled to Pakistan since the 2008 Asia Cup, and after the Mumbai terror attack on November 26 that year, the scheduled bilateral series in early 2009 was cancelled. Pakistan did travel to India for a short six-match white-ball series in 2012, but in the last 10 years, there hasn’t been any bilateral cricket with the two teams playing each other at only ICC and ACC events.