With every boo or sledge that he received, Kohli only seemed that much more charged up to score runs. 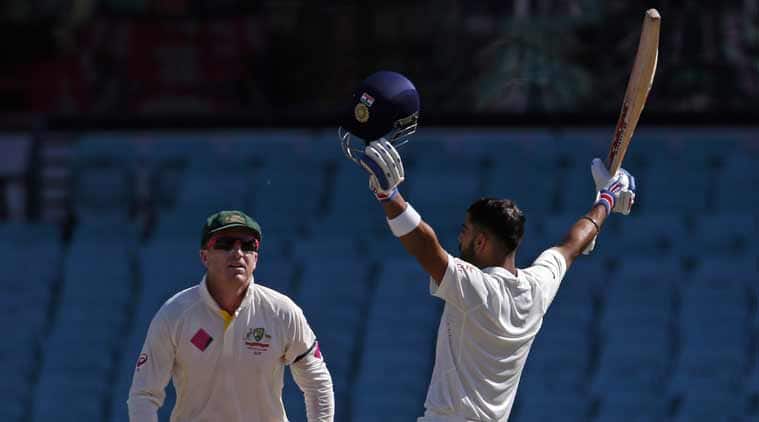 With every boo or sledge that he received, Virat Kohli only seemed that much more charged up to score runs. (Source: Reuters)

‘The new king of international cricket’; ‘More Australian than he is Indian’; ‘Part yogi, part rogue’; ‘The man who would be king’; ‘The agent provocateur of the mouthy kind’; ‘An ego carrying a sabre’.

YES, Virat Kohli has divided opinions in Australia. These are but only some of the many ways in which experts Down Under, former cricketers and others, have tried to describe his enigmatic genius during the last month or so. Take your pick. Some love him. Some hate him. Some can’t get enough of him. Some can’t stand him. It’s almost like Australia doesn’t know what to make of him. Is he the boy wonder set to take over the world? Is he the enfant terrible who refuses to grow up and act his age?

The Channel 9 commentary team for one has sure been obsessed with him. In fact, their cameras have rarely missed a beat when Kohli has been on the field, especially when the two teams have been involved in one of the many confrontations that have taken place during the series.

By scoring four centuries, he’s also ensured that he’s been in front of the cameras for lengthy periods.

In fact the running joke in Channel 9’s studio has been how Kohli’s always in the frame whenever an Australian batsman is walking off after getting out or whenever any two players are involved in a sledging war.

“You know Virat will be there,” like Shane Warne has said repeatedly.

Channel 9 too has been split in its views of Kohli and his in-your-face disposition.

Like when Shikhar Dhawan and Shane Watson got into a little scuffle at the MCG during the Boxing Day Test, and Kohli was in the mix in no time. Even as the other two were separated, Kohli spent a few minutes in an animated discussion with the umpires.

“What is he doing there speaking to the umpires? He’s not even captain,” said Ian Healy on commentary. Bill Lawry though was quick to pounce on him. “Do you even know what he’s saying to the umpire? He has every right to do so. If Australia are willing to dish it (verbals) out they should be able to cop it, too,” said the former Australian captain.

The exchange between Healy and Lawry in many ways embodied the love-hate relationship that Australia has enjoyed with Kohli over the last month or so. Quite simply, the young Indian captain has left a whole nation awe-struck and spellbound with his exploits with the bat. Not just by the sheer number of runs but also by the way he’s gone about it. He had won over their admiration long before he got to the SCG.

The twin centuries at the Adelaide Oval in his first Test as captain had set the ball rolling.Still at the same time, he’s been booed to the crease every time he’s walked out to bat. He’s been jeered near the fence whenever he’s ventured near the fence. And entire sections and bays have joined in the “Kohli is a wa***” chants, which have sounded out with the same regularity as you would hear “Ganpati Bappa Moraya” at Wankhede Stadium. The Aussies are renowned for being the one nationality that can cuss more with endearment than scorn. But often, Kohli has given the home fans enough reason to get behind his case.

He was always there in the midst of the melee. At times, trying to defuse a thorny situation. But more often than not, fuelling it. Whenever a wicket fell, Kohli was always lurking in the background with his fists clenched or with a wicked smile planted on his face. Rarely has an Indian cricketer incited such animosity from the fans Down Under. In many ways, that’s a sign of how good he’s been.

Kohli came to these shores on the back of a horror run in England, where he hardly got bat to ball. And then he was thrust the responsibility of leading the side in the opening match of the series. And promptly he took India to the brink of a historic victory with what has been widely acknowledged as one of the finest fourth innings centuries in this part of the world.

He then had spoken about how India’s best chance of winning overseas was by playing to win and not to draw. It was a view point that won his serious brownie points with a load of former cricketers here. He had told Mark Taylor something along the same lines in a pre-tour interview. And the former Australian captain never tired of raving about the brave new world that Kohli had promised for Indian cricket.

He was jeered every time he walked out to bat. He was chided near the outfield, especially on Day 4 at the SCG when he clumsily tried to roll the ball back in with his foot and failed.

But like a ‘heel’ in professional wrestling he carried on with his business in a devil-may-care attitude, carrying his aggression on his sleeve. With every boo, he only seemed that much more charged up to prove them wrong.

As the tour wore on, he had his rundowns and showdowns with almost everyone in the Australian line-up. Rarely was he not around near the batting crease to welcome a new batsman. Brad Haddin in particular was given a special welcome every time.

“It’s all about you,” is what the Aussies kept telling Kohli whenever he walked to the centre. It was their way of telling him that he was the big fish now. The big show. Kohli never seemed deterred. He seemed to love it.

At the end, he was asked whether he really enjoyed this series with the whole crowd evidently against him.

Kohli smiled and then said, “They like it when I go out there and I get a bit annoyed. I won’t use any other word. It’s been enjoyable. To have a challenge of overcoming the whole Australian crowd and 11 Australian players who badly want to irritate me or get me out. It’s been a challenge but it’s something that I’ve enjoyed and it’s brought out the best from me.”

This was the making of Virat Kohli, the new king of international cricket.