A biryani before final got Akram going: a Melbourne restaurateur recalls 1992, looks forward to Sunday

Iftikhar's biryani was the comfort food for Imran Khan's team three decades ago, and it remains a favourite for present day players when in Melbourne. 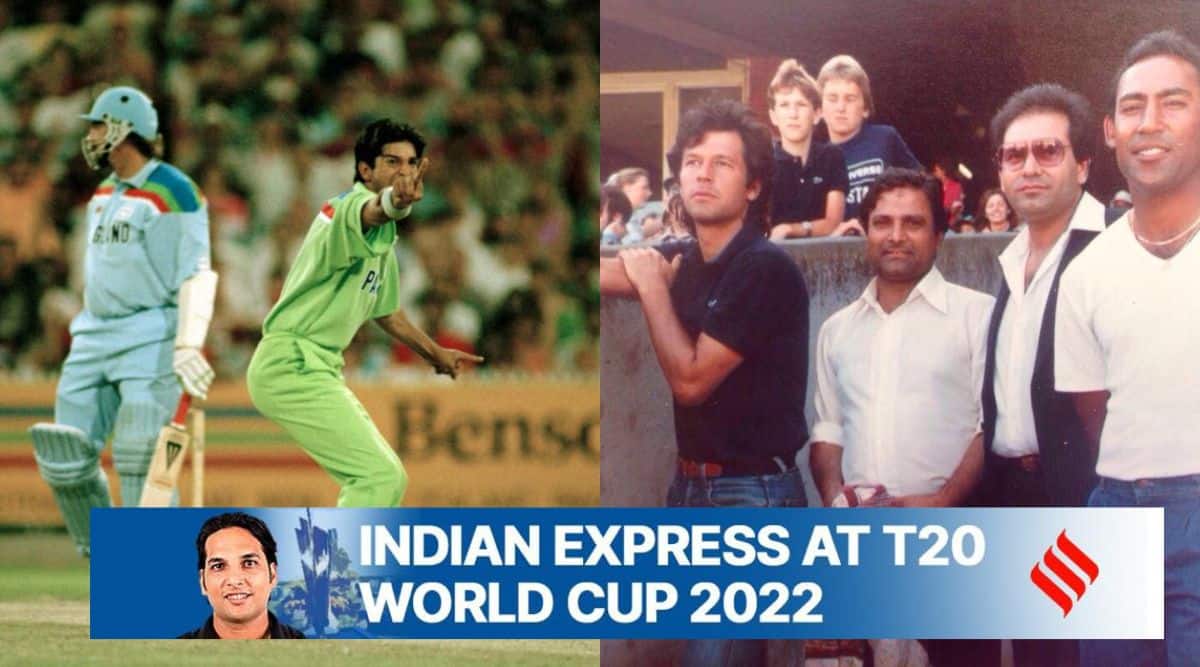 “They were serving sandwiches. Akram said to me bowling kaise kare payenge yaar. ‘If there is some leftover of last night’s biryani can you get it?’. I said it will be done but give an hour or so,” Shah recalls this little-known desperate plea for comfort food.

Luckily for Akram, Shah was seated next to the dressing room. Akram was still craving for the biryani the team had ordered the previous night before playing the biggest match of his life.

Piping hot biryani was delivered to the dressing room and Akram went on to bowl two unplayable deliveries in the famous win at the Melbourne Cricket Ground.
Thirty years later, Shah will be at the MCG to watch a repeat final – Jos Buttler’s England versus Babar Azam’s Pakistan. The link between Shah’s kitchen and Pakistan players still remains. Some of the Pakistani players dined at Shah’s Mint & Co. on University Street ahead of the final. Shah gets nostalgic talking about 1992.

The now 67-year-old from Lahore had moved to Melbourne in the early 1980s. He didn’t imagine that within a decade he would not only see Pakistan win the World Cup on Australian soil but also have a small role to play in helping one of the greatest fast bowlers eat well and feel good before walking out onto the field.

Shah’s proximity to players has made him a treasure trove of stories. He narrates another one about another match-winner from 1992.

Shah says he was seated in the hotel lobby when Pakistan’s young batsman Inzmam-ul-haq was feeling ill and started throwing up.

Advertisement
The now 67-year-old, Iftikhar Shah, had moved to Melbourne in the early 1980s. (Express photo)

“I was at the Hilton Hotel that time. Inzamam walked into the lobby at around 10 pm and he collapsed. Imran Khan told the manager Intikhab Alam to get Inzamam to his room. Javed Mianded had a doctor friend called Roy Cary who worked in a private hospital close by. Dr Cary drove from his home and attended Inzamam before midnight. Imagine all this happening with hours to go for the game.”

The story goes that Izamam was so drained out that he didn’t want to play but Pakistan captain Imran Khan didn’t give him that option.

Shah recalls that Inzamam could barely stand but Imran had told Alex, the physio and masseur, to get the young batsmen up and running before the toss.

Shah’s friendship with players back in the day when access was easier has made him a fine raconteur. Shah says Alex managed to strike a deal with Imran in return for getting Inzamam fit to bat.

“Alex told Imran, ‘Tiger, what if I made Inzy stand and play, what would I get? Imran asked him what do you want? The physio said he stays in a rented house in Lahore, has four kids and wasn’t sure if he will continue to work for Pakistan once the World Cup is over. Basically, if the team won, Alex wanted to be rewarded.”
Imran pencilled Inzamam’s name on the team sheet and left the rest to Alex.

Inzamam not only played but struck a quick fire 42 off 35 after Imran won the toss and decided to bat. Shah believes the biryani did the trick because Akram even shone with the bat at No.6 — 33 off 18 including four fours at a strike rate of nearly 184. In the moment of glory, Imran kept his word, Shah says.

Shah’s friendship with players back in the day when access was easier has made him a fine raconteur. (Express photo)

“Outside the hotel room there were drummers and singers. It was a festive atmosphere. It would have been easy for Imran to forget what Alex had done. But he didn’t. Imran went to his room and returned with an envelope which contained Rs 70,000. ‘I hope you will buy a small house in Lahore with this’ he told Alex. Imran was a man of his word. That is why even today he is incomparable as a captain and a leader,” Shah says.

He knows that a few of Imran’s teammates were unhappy he was giving away a good part of the team’s prize money to the physio. But Imran gave them a logic which calmed them down to a certain extent.

“It was a huge amount of money back then. Imran was pacifying everyone saying that you guys will earn more in life after this but no one will give him a penny. Uska ghar bus jaane do (Let him take care of his family).”

Shah will be at the MCG on Sunday to watch Babar Azam’s team try to beat an England side. Win or lose, Pakistan’s players have an open invitation to have some yummy biryani, Shah says. Just like Akram could so many years ago.