ICC World Cup 2019: Bait him with an out-swinger and pin him down with the inswinger, it’s the time-tested strategy of left-handed seamers against Rohit Sharma. 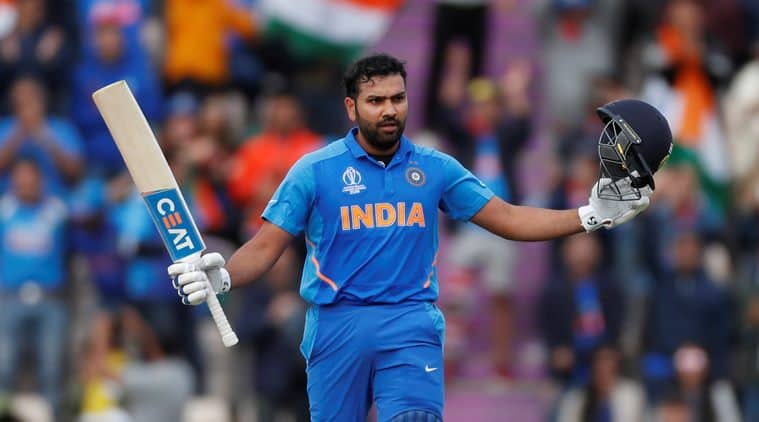 Rohit Sharma is hardly troubled by a left-arm seamer slanting the ball across him.

The set-up ball: Full and wide, slanting across

* Rohit Sharma is hardly troubled by a left-arm seamer slanting the ball across him. He does have the tendency to stab at those, but he has neutered it but opening up his stance and moving slightly across so that he could cover the length. Hence, he has developed a better discretion outside to the off-stump. So he’s happy to leave those. Or if it’s full enough, he wouldn’t hesitate to drive. Even here, his front-foot doesn’t really go forward and the alignment, which Rohit is obsessed with, goes a little awry, disturbing the free swing of his bat. He’s clearly uncomfortable playing that way but ensures he doesn’t commit a folly. * So bowlers, especially Trent Boult, sow a false sense of security in Rohit’s mind before they slip in the killer in-swinger. Boult generally goes wider and wider with his line and shorter with his length, conceding an impression that he’s forcing a loose stroke, or an edge. Rohit had this tendency to nick such deliveries—his back-foot hardly moved across — but he’s ironed out that flaw to an extent and looks fairly comfortable while dealing with the out-swinger or the one that holds it’s line. Mohammad Amir, another left-arm seamer who has troubled him, also resorts to a similar ploy before unleashing the killer ball.

The killer ball: Pitched on off-stump, bending back

* A left-armer’s backbender, especially if the bowler can swing the ball late, hassles most right-handed batsmen. Even more so for Rohit Sharma, who often ends up playing down the wrong line, to be bowled or lbw. The problem begins with the awareness that he has a problem against such deliveries. So he’s always waiting at the crease in anticipation of it, trusting his judgement to pick the ball early. Resultantly, he gets neither forward nor backward, and hence prone to getting caught at the crease when the ball is full. And the open stance means he tends to play the ball around the front pad, so a trifle late to get the bat down in time. It’s a fine tactic against medium pacers, but not against quicker bowlers like Amir and Boult, or Jason Behrendorff. * It’s not that Rohit is unaware of this vulnerability, but he hasn’t chalked up an effective plan to neuter it. Hence, it begins weighing on his mind when facing them. For instance, against Boult in Hamilton, where the ball was hemming around too, he tried to counterattack by stepping out, backing away to cut or shuffling across to flick him. In the end, a sharp inswinger, to which he offered a half-prod, devoured him. A similar length by a right-hander, he would have just driven through mid-on, but it’s the left-handedness, and the angles one create, that destabilise him.