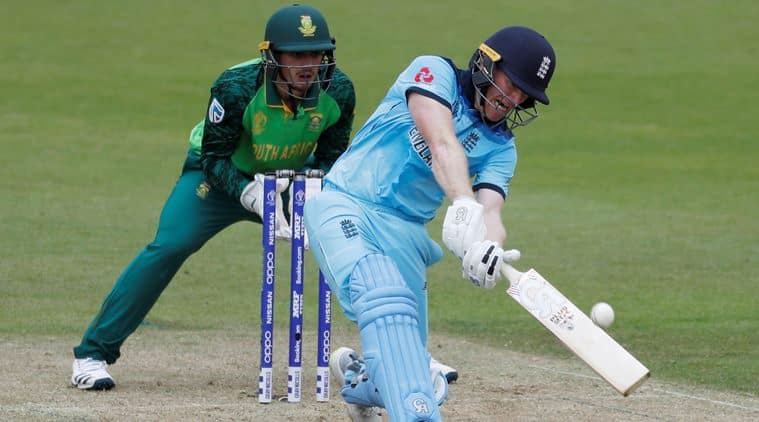 As Eoin Morgan stepped out for the toss of World Cup 2019 opener on Wednesday at Kennington Oval, London, he became the first England cricketer to feature in 200 ODIs. In the home series against Pakistan, he broke former England cricketer Paul Collingwood’s record of 197 ODI appearances. Collingwood is followed by James Anderson (194 ODIs), Alec Stewart (170 ODIs) and Ian Bell (161 ODIs).

The 32-year-old has been a part of most number of ODI wins for England. Before the world cup opener, Morgan has won 113 ODIs out of 199 while playing for England.

The English skipper lost the toss and was asked to bat by his South African counterpart Faf du Plessis. Morgan scored 57 runs off 60 deliveries including four fours and three sixes. He shared a crucial 106-run partnership with Ben Stokes for the fourth wicket.

The captain @Eoin16 leading from the front!

The century partnership with Stokes helped England recover after losing two quick wickets of Jason Roy and Joe Root in the middle overs. The partnership laid the foundation for the hosts to put on a total of 311 for 8 in the first innings.