After drawing 2-2 against Azerbaijan in the first round, the Indian women rode on R Vaishali's win over Sabrina Vega Gutierrez to post a victory in the second Pool A match on Monday night. 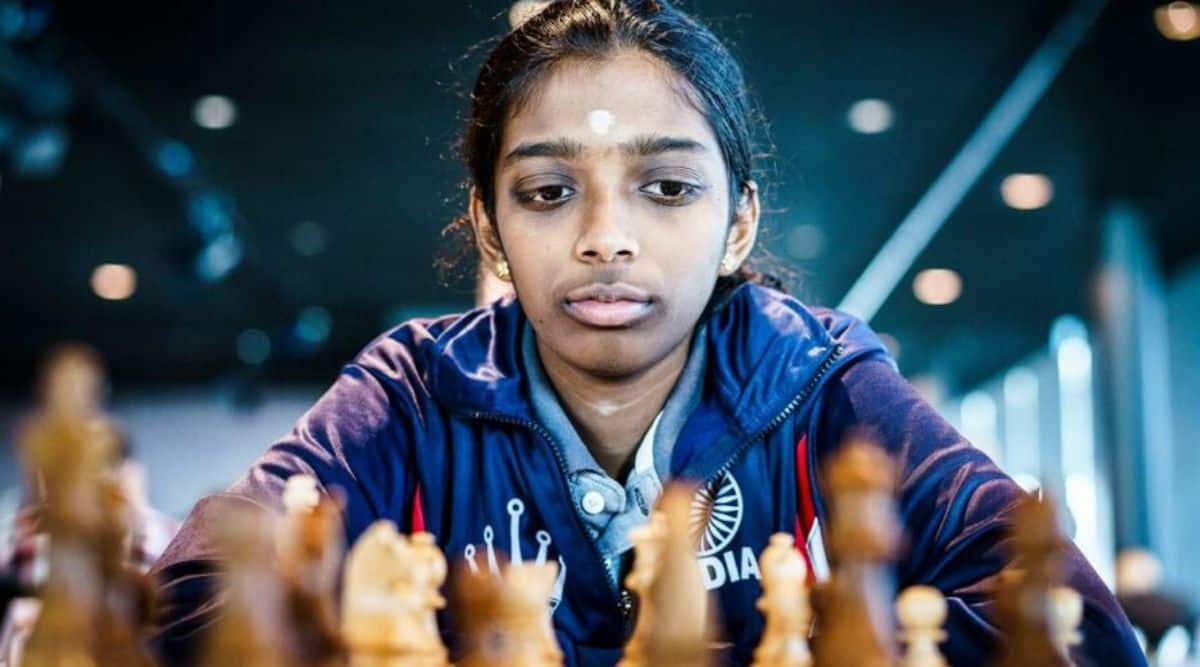 The Indian team secured its first win in the FIDE World Women’s Team Chess Championship by beating Spain 2.5-1.5 in the second pool match.

After drawing 2-2 against Azerbaijan in the first round, the Indian women rode on R Vaishali’s win over Sabrina Vega Gutierrez to post a victory in the second Pool A match on Monday night.

The team’s No.1 player D Harika drew against Ana Matnadze as did Bhakti Kulkarni and Mary Ann Gomes against their respective opponents.

Vaishali pulled off a 47-move win over Gutierrez in a Sicilian Four Knights Variation game to provide the crucial point for India.

In the other second round matches, Russia outplayed France 3.5.-0.5 while Armenia drew 2-2 with Azerbaijan.

Russia is on top with 7.5 points with Armenia second on 4.5 points, followed by India, also on 4.5. Four teams each from Pool A and B advance to the play-offs.

India will take on Armenia in the third round later on Tuesday.

Earlier in the first round against Azerbaijan, Harika, the top player in the absence of Koneru Humpy, expectedly won her game, beating Gunay Mammadzada on board one.

The promising Vaishali, sister of teen prodigy R Praggnanandhaa, defeated Gulnar Mammadova on the fourth board.

Defeats for Tania Sachdev and Bhakti Kulkarni against their respective opponents resulted to the match ending at 2-2 draw.

Hopeful’ that dialogue can happen between two countries: UN on India-Pak war of words