Time to move on: Vishwanathan Anand on Nikhil Kamath’s cheating in online chess

Viswanathan Anand said it is time to move and "get closure" on the controversy that erupted after his loss to entrepreneur Nikhil Kamath in an online simultaneous charity event. 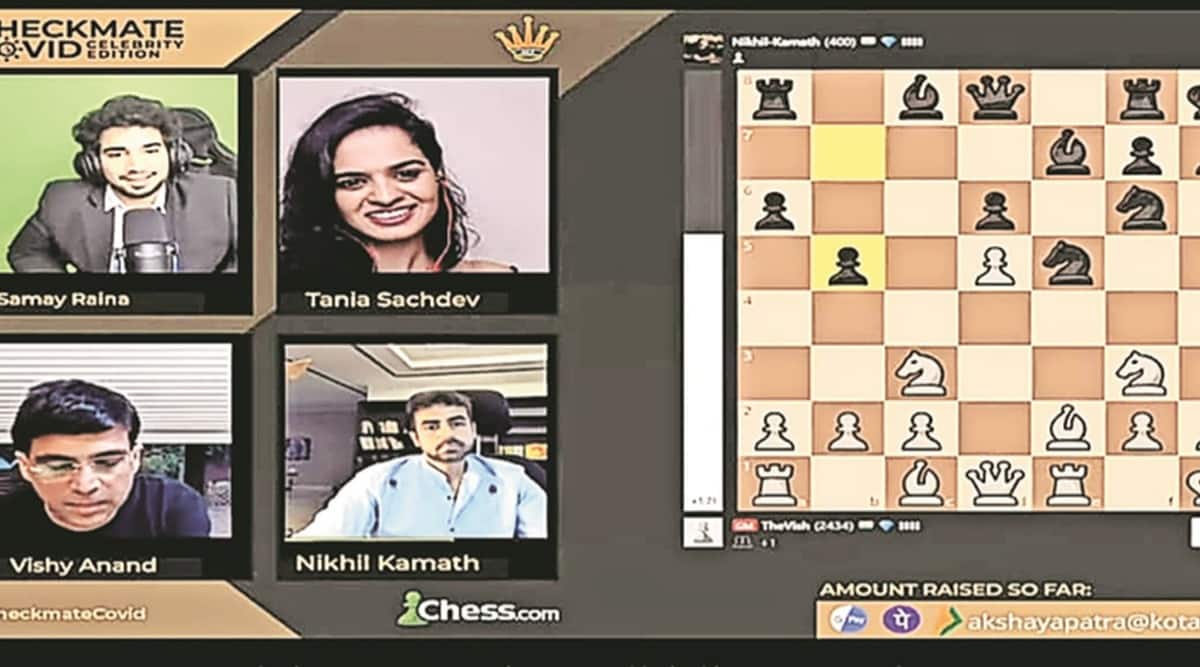 A board position during the Anand vs Nikhil Kamath match.

Former world champion Viswanathan Anand on Tuesday said it is time to move and “get closure” on the controversy that erupted after his loss to entrepreneur Nikhil Kamath in an online simultaneous charity event.

Nikhil Kamath, co-founder of online stock brokerage firm Zerodha, had defeated Anand during an online charity match on Sunday and later admitted that he had cheated, leading to a huge backlash on social media.

“It’s time to move on and get closure on this,” Anand tweeted on Tuesday in response to a post by Chess.com-India which said it was reopening all accounts in question during the fund-raiser event.

“Regarding the games played in the Vishy Anand simul for charity, as well as with full cooperation of Vishy Anand, Chess.com has elected to reopen all of the accounts in question during the event,” Chess.com-India said in a statement posted on Twitter.

“Given the forthcoming cooperation of the players and the clarification that not all the rules were properly understood, neither Chess.com nor Anand himself see any reason to uphold the matter further.”

The event was conducted to raise funds for those suffering due to the coronavirus pandemic.

“General Note: Per Chess.com rules found at support.chess.com – unrated games, as such were played in the event-are not always played within the same parameters. Anand, as the simul giver, has expressed no interest in further pursuing the matter,” it said.

“While he clearly expressed that he does not endorse use of non-approved assistance in chess, he agrees fully that the games were played in good faith for the fun and good intentions of the charitable efforts, and wishes the matter be put to rest.”

Kamath had taken the ‘help’ of chess analysts and computers to get the better of Anand, a five-time World Champion, during the event.

He later apologised for his misdemeanour in a tweet.

Anand had responded to Kamath’s apology by saying “… it was a celebrity simul for people to raise money. It was a fun experience upholding the ethics of the game. I just played the position on the board and expected the same from everyone.”

In a surprise result, Kamath had defeated Anand while others including celebrities like India cricketer Yuzvendra Chahal, actor Aamir Khan, Sudeep Khicha, Sajid Nadiadwala and Riteish Deshmukh went down to the Chennai-based chess ace.

The controversy over Kamath using the help of chess analysts and computers to score a win over Anand overshadowed the event during which more than Rs 10 lakh was raised and caused a storm on Twitter with several lashing out at the entrepreneur and hailing Anand’s sportsmanship.

Chess.com is an online platform for players across the world to play matches virtually.

Subscriber Only Stories
View All
UPSC Key- January 30, 2023: Know about Project 39A, Beating Retreat Cerem...
UPSC Essentials | Key terms of the past week with MCQs
ExplainSpeaking: How to evaluate a Union Budget
Mahesh Vyas writes: Why the job shortage is for real
Apply New Year promo code SD25
Top Sports News Now
Click here for more
First published on: 15-06-2021 at 22:44 IST
Next Story