Who is Kidambi Srikanth’s opponent in the World Championships final, and can he beat badminton’s wunderMan?

Singapore's Loh Kean Yew, 24, beat Viktor Axelsen in Round 1 and has been compared to the very fast Lee Chong Wei 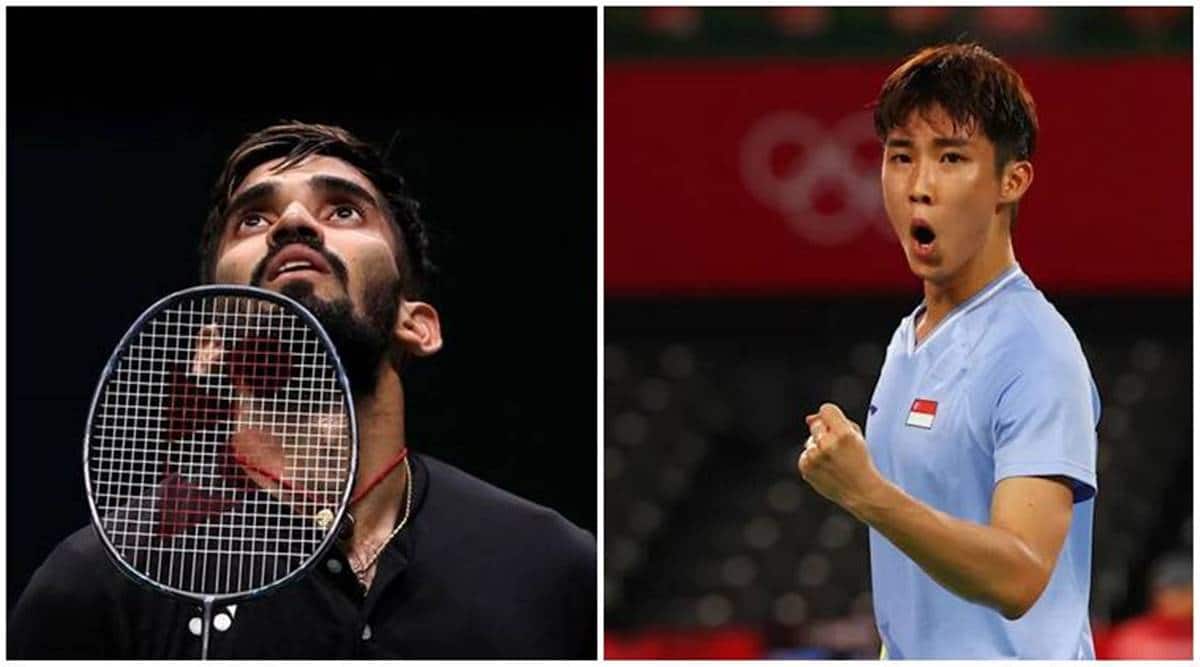 Sideline out smashes will be unforgivable in a World Championship final. Kidambi Srikanth has sprayed them far and wide, while looking down yawning gaps on the court. And someone as speedy as Loh Kean Yew will not even offer those spaces. Precision on length can hinge on the drift and the smashes go long, but Srikanth will need to rein in his profligacy on the flanks if he wants to win the World title.

At 28, Srikanth has mountains of experience of winning. And of losing – the latter hopefully sufficient enough for him to not stare down that losing barrel. And it is this experience that will be his biggest ally in a matchup that looks leaning heavily in favour of the Singaporean shock finalist.

Loh beat Viktor Axelsen in Round 1 ofcourse and the surprise ceased surprising of course. For someone who came to the fore staggeringly beating Lin Dan in 2017 at Thailand Masters – albeit when the ageing Chinese legend was licking his wounds – this World Championship has been a breathless ramming of a juggernaut. Yet, he has wins against all the top names – Kento Momota, Viktor Axelsen, Lee Zii Jia, Chou Tien Chen and Taiwanese Tzu-wei in the lead-up to this December World’s.

But Srikanth is pickled in net perfection, he’s a master on the net, and though he might not have the wind of confidence under his sails, he has proven you don’t need to be swaggering around to win. He looked positively finished physically against Lakshya Sen from Point 1, but body language is no indicator big his resolve or even deeper mastery of this sport.

Loh is fast. Comparisons with Chong Wei are inevitable, and superlatives relative to Anthony Ginting won’t be off the mark. He is quick to get under the shuttle, quick to disperse it, and quicker still to finish. He doesn’t kill the bird, more buries it; smothering might be unsuitable cause it takes time. So what Srikanth is up against is a super-charged opponent, on sky high confidence, who’s forgotten what it is to lose. Even lose narrow. MCU and DC strips have been exhausted by blithe metaphor seekers comparing him to super powers, though his gig is a racquet-shuttle.

Against such an opponent Srikanth will have to control the net, be the lord of the strings hoisted in between. Take charge given his multitude of tricks, to neutralize the fast pace around the length and breadth of the court. Keep it short, so that the ensuing lift gives him time to get under the shuttle.

While Srikanth has put away two Chinese with brainy takedowns and is riding his own version of grimacing, grimy confidence this week, the Sen win did bring a genuine grin on his worried face, perhaps because of the edgy pressure of the all India encounter.

Yet, he hasn’t looked like he’s unfurled his full range of attack. Srikanth in good touch mixes up things: and against Loh what’ll work is more drops, smashes to the flank (which don’t wander aimlessly out). Loh is defending like a machine on his body, but hasn’t really been sent scurrying back and forth – something Srikanth will need to work towards.

The nets kissing the tape for that delicate height – which can’t be lifted, but which doesn’t limp out on own side – will need precision, confidence and luck too.

The grimy scuffling singles at the net, flat-flat-push-here/there-crosses at net-push again-front/back net battles laced with deception, give Srikanth a tiny chance.

All this week, Srikanth’s sideline smashes and backhand cross pushes from mid-court have been terribly tardy and indisciplined. Loh won’t allow for those indiscretions. Getting the merry Singaporean tangled for 5-6 points on a go, looks like the only toehold right now.

Loh lost at Indonesia to Viktor Axelsen and had told Straits Times: “I wasn’t patient enough throughout the game. I should have been more patient and kept some rallies going instead of trying to kill him… Against Viktor, it’s risky.”

Before being Singapore’s big World Championship hope this week, the 24-year-old pricked ears winning against Super Dan. He followed his older brother Kean Hean – like Srikanth followed Nandakumar to the Gopichand Academy – to scholarship in school in Singapore at 13.

Born in Malaysia, his parents secured him admission in Singapore in 2019 and after some teenage quibbles, he settled in.

“When the time came for me to move here, I was angry because my friends were all in Malaysia,” he told The Straits Times. “But my mother already bought the ticket to send me here, so what to do?” he had quipped to the Singaporean daily.

“So slowly, I started to make friends and adapt to life here.”have had no regrets. After spending so many years training and developing in Singapore, I made many new friends and was ready to be a Singapore citizen, serve national service and represent this country. I am honoured to wear the Singapore flag on my chest,” he told ST. After beating Antonsen he was shown kissing the Singaporean crest on camera, grinning his wide goofy smile.

A country that best had a Ronald Susilo, but nurtured love for a sport its mixed heritage population so loves, was now taking the next step – almost like Marin in Spain.

Loh had been part of Pune Aces in Premier Badminton League few years back – one of the little known signings, and it is only in recent months that his career has reached stratospheric heights.

Wins against top names have come in a tizzy, and even in a depleted World Championship, he has looked otherworldly with his speed and blitzing attacks.

Talking on his earlier wins, he had said to Straits Times: “It has been a pretty good run but it was not as easy as it (sometimes) seemed. Preparation was crucial. Before games, the whole day I was in my room, fighting my own battle mentally… in order to perform. That was the toughest part.”

He’s not put a step off this week to bring on the ‘only a human’ disclaimers. That will be for Srikanth to prove. It’ll need a super-species effort.

‘He made restaurants brands’: Jagannath Shetty, founder of Pune’s iconic eateries, dies at 89