To be Olympic contender, while sharing court with partner Satwik, the well-mannered shuttler needs a dash of narcissism and menace; none of it viewed as negative in sport. 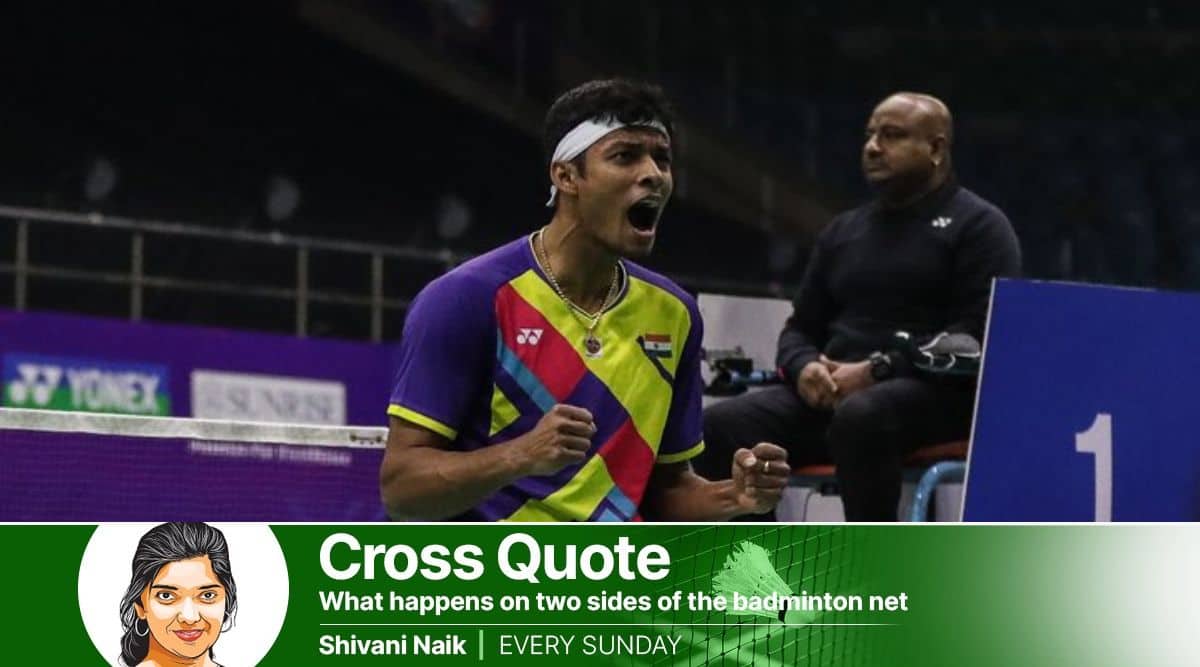 One part narcissism, two parts menace and a healthy sprinkling of devil-may-care. They warn you against all those in life. But it’s the recipe to turn the well-mannered doubles shuttler, Shetty, into a bit of a winning machine.

No one’s asking Shetty to go from a front-bencher to a wannabe ill-behaved bad-boy. It’s just some focussed shuttle-hogging and pouncing that’s recommended. Because manning the net demands a certain personality, especially if you haven’t grown up in Indonesia or Malaysia, where the cheekiness starts coursing through veins when matching skills with far superior seniors.

India has no precedent to Satwiksairaj Rankireddy and Shetty in men’s doubles, they are the first bonafide prototype. That’s one reason, Shetty, the playmaker, will need to pull on a confidence-bolstered garb and start loving his own wristy play. It’s not about hacking at the bird mindlessly, but getting in line with the shuttle and hitting it early, which is a combination of anticipation and footwork.

More than anything, it’s staying on his toes, ready to be mobile in both lateral direction and vertical dimension. He also doesn’t need to be afraid of the shuttle flying at him or suffer a brain freeze, as coach Mathias Boe has been audibly yelling out through the season.

By all accounts, it has been a successful breakthrough season for the Indian duo, with Thomas Cup and Commonwealth Games titles, tour wins at Delhi and Paris, and the first World Championships medal, a bronze. A Top 5 surge is imminent. But the pair aren’t exactly the talk of the town, nor viewed as Paris Games contenders, yet. They have a win-loss head-to-heads of 11-0 against Indonesian ‘Minions’ Kevin-Marcus and 7-0 against Malaysian world champions, Chia – Soh.

Two Indians bossed the net in tennis and badminton – and weren’t exactly conforming to the checklist of common traits seen in those positions. Leander Paes wasn’t tall or powerful. Jwala Gutta wasn’t the quickest on her feet like Japanese or Chinese. But both had great hands and a laser eye for noticing, processing and pouncing on the opponents’ weaknesses.

Shetty isn’t lacking in any of those, though he’s had to work hard on each of them, having started out as a backcourt player with a proclivity to bang down smashes. Tall too and hence forced to learn to bend and crouch. It’s not the skill he will be found wanting in though – if anything, he works doubly hard. It’s the attitude: one part narcissism, two parts menace; none of it viewed as negative in sport.

Dr Vece Paes recalling what the great tennis coach Tony Roche had noted trying to make sense of Leander’s effectiveness on court, had said: “The perception that Leander and his reflexes are quick, Tony had said, is because he goes out of his way to dare opponents standing at the net.”

A bit of a grudging compliment, while trying to gently steer him away from singles into doubles, Roche was actually highlighting what was at the crux of Paes’ staggeringly successful doubles game, that marked him out as a leader in any of his 100 partnerships.

Shetty will need to reach that skill-level to buy into his own invincibility, if he has to avoid those matches where Boe is shredding him apart for being laidback and generally lackadaisical.

It’s not about sharpness of strokes or clever serves but internalising that instinct that the forecourt is his kingdom, and he the ruler.

Read |From aggressive to intimidating: The Satwiksairaj Rankireddy-Chirag Shetty story

Jwala Gutta had once explained: “When Arif Sir spoke, I always took his instructions very literally. So when he said ‘the minute the shuttle crosses the net, it is yours’, I went after it as if my life depended on it.”

It’s what turns badminton into a boxing ring – that combative zeal demanded off those at the net, who go from sentinel to point-blank snipers. Doubles turns into a near-contact sport when the bird crosses the partition at high speeds that can push you back, like a hammer drives a nail. Yet you must keep taking that assertive lunge forward to attack the shuttle for bodyline barrages of your own. Like running into a storm at full pelt.

Being constantly in that crowded line of fire also demands an unflappable temperament. It’s where the slightly over-thinking Shetty will need to loosen up a tad.

Jwala, easily India’s greatest doubles shuttler, before Satwik-Chirag went a step ahead of her with Tour wins, would say with relish: “I’m not worried ever. I take less pressure. I am the creator, who sets up partners for the kills. I have two opponents to take care of.” There was a bit of white knight syndrome there too: “Every fraction of second is important, I know if I go wrong, partners will be helpless.”

Far too often, indecision or nerves in crucial moments, against the Malaysian and Indonesians, have tripped up Shetty who’s in charge of the tempo of the game, rather than him daring opponents at close-range.

(1/2) Exactly a year ago, we returned empty handed from the Olympic games in Tokyo. Glad that Tokyo had better things to offer this time around. We couldn’t go all the way but we are sure to give everything that we have to convert the colour of the medal in the future. pic.twitter.com/Fo8lRjtR1K

Jaseel Ismail, one of India’s finest doubles practitioners from the previous generation, wants Shetty to take the initiative and not hang back, in trying to disturb the opponents. He reckons it’s a game of confidence – one good game at the highest level will bring in more wins and take them to the Top 5 and contention for the Olympic medal.

Satwik brings the mic drop smashes and firepower plus the surprise deception and calmness to this pair. Still it’s Shetty who will need to do the heavy lifting – literally, and slip into the net role. There’s scope to be creative which suits his ingenuity and intelligence.

But the net demands an extroverted bearing or at least someone spoiling for a good scrap. “I like facing attack first and I’m good at decision-making,” Jwala used to say.

The studious Shetty, who googles whatever he sees compulsively and is voracious in learning about new things, will need to grow an appetite for a fight. India’s next medal might just be hinging on him accepting the fighting challenge of pulling off a full-tilt diva turn.