TV 2 Sport of Denmark has been chronicling quarantine and isolation woes of Danish shuttlers. Russian doubles veteran Ivan Sozhonov was recorded by partner Vladimir Ivanov, literally shuddering while the testing official poked the swab stick fishing for a sample. 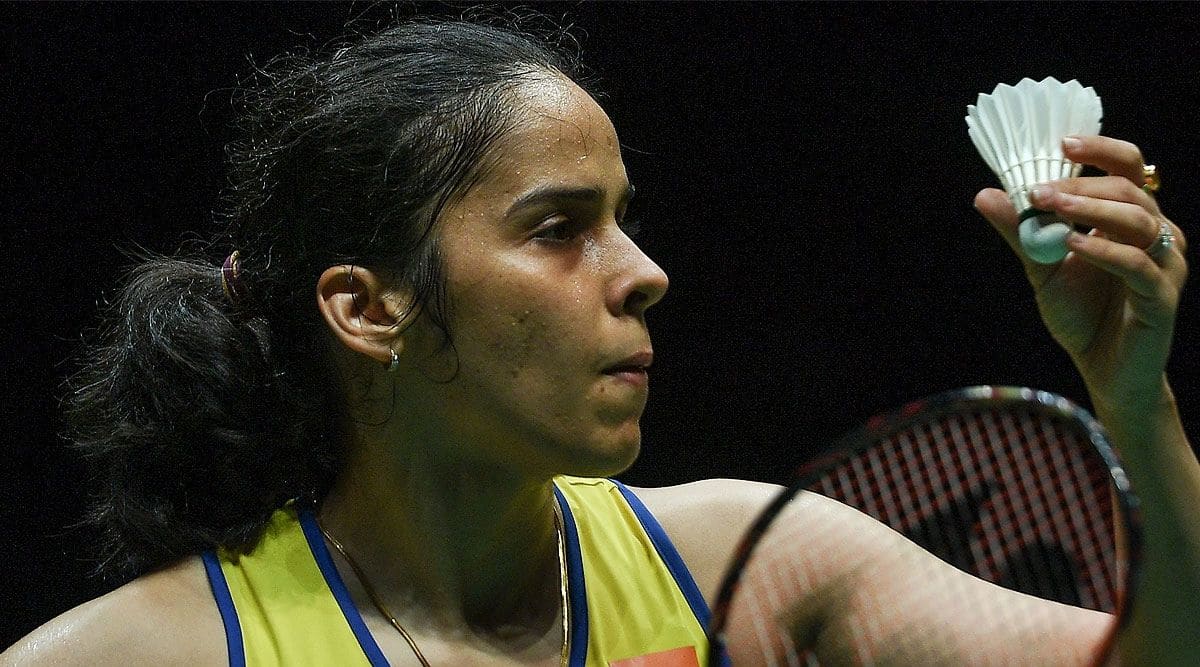 Saina Nehwal has claimed over 24 international titles, including 11 Superseries crowns in a stellar career, besides winning a silver and bronze at the World Championships and a bronze at 2012 London Games. (File Photo)

While Kidambi Srikanth suffered bleeding from a swab test gone awfully wrong, where fragility of his capillaries, irritation caused by three previous tests and even his “tense nature” were attributed by the BWF, he was hardly the first athlete in Bangkok to wince at the sight of the swab stick being sent curving up his nostrils.

TV 2 Sport of Denmark has been chronicling quarantine and isolation woes of Danish shuttlers. Russian doubles veteran Ivan Sozhonov was recorded by partner Vladimir Ivanov, literally shuddering while the testing official poked the swab stick fishing for a sample. It was a particularly forbidding 10 slow seconds of writhing reaction, as he sent the cotton flying from the tester’s hand, like a drowning man gasps for air.

The video would find resonance with the Danes. While Mia Blichfeldt told TV 2 Sport, “You want to crack the chair together and get that stick out of your nose. It’s really, really uncomfortable” adding she invariably left the room with unintended tears of instant pain, doubles player Sara Thygsen called the test “completely grotesque” and “10 seconds in hell.”

To be fair, the tester didn’t look particularly comfortable either, trying to calm down the tall Russian, a formidably built All England champ from five years back while extracting past gook. But it was no surprise that repeated proddings like these would inevitably rupture a vessel at the slightest jerking movement.

Hans-Kristian Vittinghus would describe the unavoidable testing as “stinging in places not very nice”, while Anders Antonsen would tell TV 2 Sport that though he’d cracked the code and not burst any capillaries, “There are some who take it harder than others. It’s not funny. There is also a difference in how deep they go when they test us.”

Srikanth was hardly tense when he dispatched Sourabh Verma in straight sets to be the only men’s singles player to head into Round 2, with Antonsen becoming the biggest casualty after an upset loss.

Antonsen himself had been on tenterhooks after half expecting to test positive on the PCR – he too was recovering from an early December infection. Prepared to be asked to step away, he would later sound relieved that the Indians had opened the doors for those like him who had sufficient antibodies and were non-threatening or infectious to others, but perennially at the risk of throwing up a positive.

Japan’s Olympic organising committee and Olympic Countermeasures Conference in the host city this gone December has in fact considered the likelihood of ruling out post-symptom and recovery “positives” with an immediate IgG retest, something that Thailand employed in case of the Indians prompted by BAI.

Malaysians weren’t too happy about their young shuttler Kisona Selvaduray being asked to play Saina Nehwal after her withdrawal was overturned. This their official social media account would note while officially recording their “displeasure” at how the Badminton World Federation handled the opening day disarray post a spate of positives.

“While we are pleased that some of these players have re-tested negative, it is however unjust to any player to be asked to participate in the first round again, especially after a decision to give a walkover was published in the official website,” the tweets read.

Both Saina (who comfortably beat Kisona 21-15, 21-15 on Wednesday) and HS Prannoy (who lost in 3 to Lee Jii Jia), were due to play Malaysians, and while there was no attempt whatsoever to officially protest, their stated reluctance to play the Indians despite the BWF go-ahead had been registered. While the matches went ahead Wednesday, even while two more tests of support staff of Europeans threw up positives, the tournament stayed on the edge.

“We will not protest the decision but it is unfair to Kisona, who was already prepared to face Busanan (Ongbamrungphan) of Thailand in the second round. We have expressed our displeasure and we hope BWF will not repeat this again,” Malaysian association’s Kenny Goh was reported as saying in Straits Times.

Kisona though would tell the BWF after her loss that she had grown up idolising Saina after her CWG gold. Playing Saina was ‘a dream come true’ Kisona said post-match. The Indian, exhausted after she was packed off in an ambulance with someone who she couldn’t communicate with in English, would admit she slept from 9 pm Tuesday to 1 pm next day to recover from her exertions following Covid-19 related chaos.

The Danish shuttlers were also the first to raise an alarm about surveillance used to keep an eye on the players in the hotels. TV 2 Sport highlighted through a photograph how a “command centre” not too far from the hotel watched the hotel lobbies and corridors for every unannounced stepping out.

Once when the public system chided a couple of players who were lunching and talking to each other with room doors open, the Danes were completely spooked.

Much of their shock is down to Denmark having hosted a tournament in October which didn’t need these extreme measures. While there is general acceptance that Covid threat needs every last caution, being watched so acutely did rattle the Europeans.