All England Open 2022: Gayatri Gopichand and Treesa Jolly pull off a famous victory 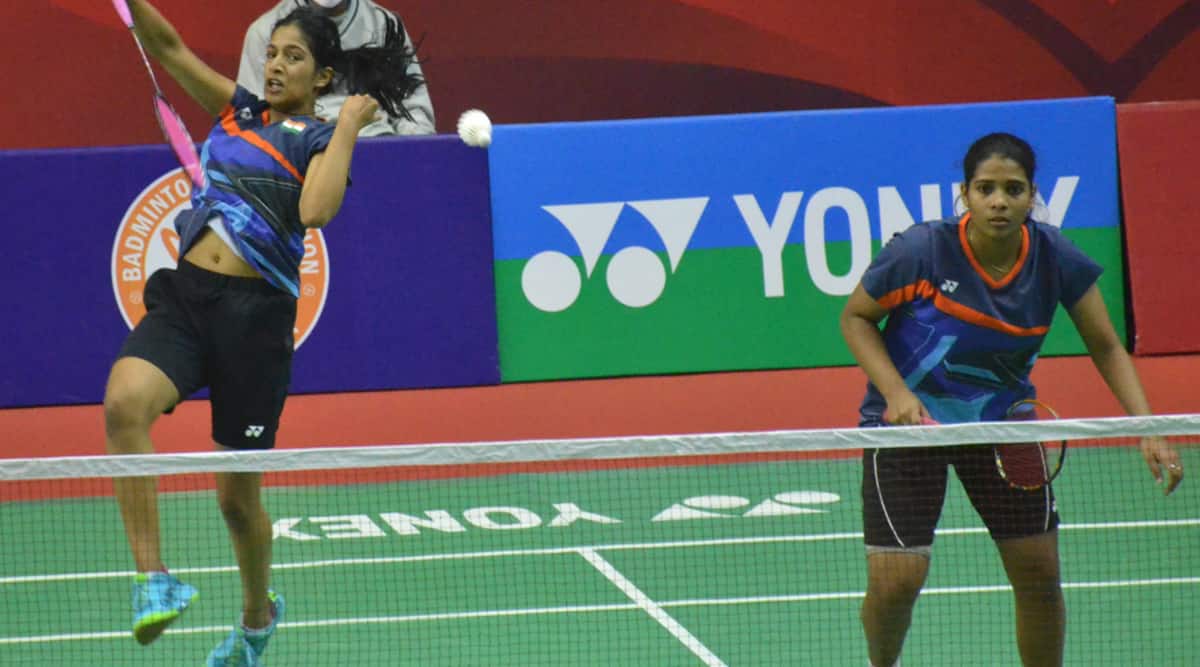 A day earlier, Treesa Jolly was across the court from her jump-smashing, attacking role model, Indonesian Olympic champion, Arpriyani Rahayu. And in the next 24 hours, she took over the attacking mantle from her hero in women’s doubles at the All England, and rattled Korean World Championship silver medallists Lee Sohee – Shin Seungchuan.

Gayatri Gopichand has always borne the instinctive reflexes at the net – she likes the pace of that eyeball to eyeball position and revels in the confrontation while keeping her poise. Elated just two days back to get an entry into All England, she seamlessly looked the part, holding her nerve and switching serves on a historical day for Indian women’s doubles at All England.

The Indians were 18-20 down in the second after defensive errors in the opener lulled the Koreans into believing that the 21-14 margin would be the general tone and trend of this quarterfinal. Treesa-Gayatri had other plans. The Koreans should have known, after the Indian teens came back from 12-18 down in their opening round. But lightning wasn’t expected to strike twice. Little did they know that Gayatri held Wonder Woman’s sturdy hand bracers at the net, and Treesa was carrying Thor’s Mjolnir hammer from the back.

With all the lifts coming to midcourt from that side of the court drift, Indians went on an all-out attack. Defensive errors from the first set had puddled up because smashes were coming hard from that end and defending became untenable. Lessons were quickly learnt. Then Treesa took a brave punt on a back-serve which threw the Koreans off. 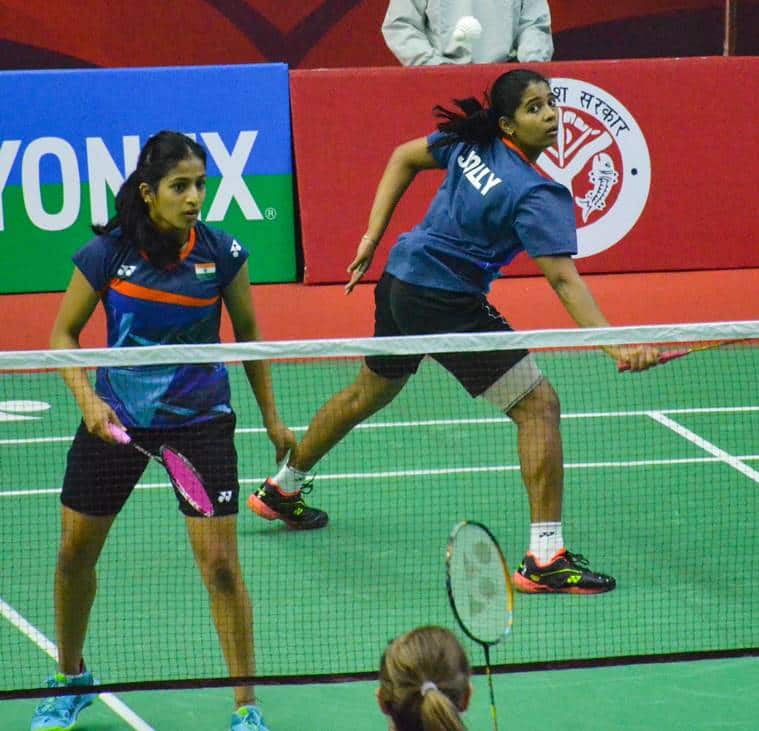 Smashes rained down next three points, with the pace visibly increased as Indians levelled at 22-20 in the second.

While Treesa’s explosive movements from the back, her jump and hit striking the shuttle high and with a sting, plus mixing it with drops, was leaving the Korean toes tangled between front and back, Gayatri was setting it up expertly, when intercepting at the net. As the game wore on, her attacking charges at the net increased too, which meant the Koreans had it coming from both flanks, on all possible lengths. And ceaselessly.

“We didn’t think much at that point. Just one point more,” Treesa remembers of forcing the decider.

In the third, the Indians bolstered in confidence by now, refused to retreat into their unfancied shell or reset to the median, and drove the Koreans further back by not backing off. Treesa soared for her smashes, but mixed it so delicately mid-air that the Koreans just couldn’t rustle up a counter.

Gayatri’s positional sense and clever defensive reflexes were picking the other half of points as she would gleefully wade back and assume attacking roles without batting a lid. The Indians froze the Koreans at 11-8, and then sprinted to the finish thereafter, as the Top 5 opponents faded away, a tad startled.

This was excellent doubles play at work, but also two distinct singles games from junior days pulling their weight, ready to cover the whole court if needed.

Gayatri Gopichand, daughter of Pullela Gopichand and Sydney Olympian doubles shuttler, PVV Laxmi, took a decision a few seasons ago that she wanted to ace doubles, though she was doing reasonably well in singles. Her parents were boggled, but the girl was determined. She loved marshalling the net, had a feel for that role and caught the net in ways that can’t be taught. In that regard, she was her own person.

Once into doubles, the available crop of 4 players was split into net & backcourt pairings, and Treesa Jolly, also 19, was partnered with Gayatri. India boasts of two jump smashers in junior doubles ranks – Tanisha Crasto who plays mixed as well, and Treesa. The teen from Kannur in Kerala who has been training in Hyderabad for a while now, combined with the deft net player, and the two got down to work.

Gayatri is known to listen and absorb instructions like a sponge, and then use her own intellect on improvisations. Treesa had a natural flair for attack, strong legs, and picked the jump smash on her own. “I don’t know how it happened, maybe it’s natural, but the coaches encouraged it,” she said after the match. But Indonesian Rahayu who wobbled out of the court when playing the Indians, had been a huge icon to take flight and thwack away.

“They are always calm and composed. I’ve never seen either of them panic,” Indian doubles coach Arun Vishnu says. “Just always dedicated to training and no complaints,” he adds. “What they do best is to switch to outright attack.”

What the coaches in Hyderabad worked on though was the invisible defense. “We left them to decide on their attack. But 60-70 percent of the work we do with them is on defense. And service and receiving. Just 20-30 percent on attack. Once they can keep the shuttle in the centre, we know, they’ll attack freely.”

It’s not just about compact defense, but how relaxed the two are in quick exchanges, not seeing defense as a burden. The Indians barely lost any points on defense against the Olympic champions.

The duo hadn’t believed their luck when they got a slot into the All England promoted from reserves. Then they beat the India Open champs, and when Rahayu limped off, the Indians were in the quarters – albeit after leading in Set 2 and staying on even keel in Set 1. “I didn’t think we’d even get entry for this tournament first of all, but the moment we did, we were happy that we could play with the world’s best,” Gayatri told BWF.

The All England happens in a large arena, with slow shuttles and demands insane physicality, and Koreans can at times look completely unbreachable. The Indians though took the sting out of the fancied opponents with their fearless attack and nerveless defense, matching them stroke to stroke.

Women’s doubles players typically hit their strides at 23/24, so the two have time to yank up their power and the punch in their strokes. When the top Japanese and Chinese start opening up the court, the Indians will have an almighty fight on their hands. But for today, they have marched into the semifinals of the All England.

PMC: Five-year term ends but functioning of panels of elected representatives to continue under administrator