Asian Games 2018 Day 12 Highlights: The Indian men’s hockey team fell to a defeat by penalty shootouts to Malaysia in the semi-final but the Indian athletes brought balanced that dissapointment up with two valuable golds and a silver. Jinson Johnson, who had won silver in 800m earlier, followed that up with a brilliant run to finish with a gold medal in 1500m. The Women’s 4x400m relay team won gold yet again while the men’s relay team squared off the athletics events with a silver. (MEDAL TALLY)

2 bronze, 7 gold and 10 silvers is what India's medal haul stands at from athletics events.

The final Athletics event at 2018 Asian Games has produced a silver for India. Muhammad Anas, Kunhu Muhammed Puthanpurakkal, Arokia Rajiv and Dharun Ayyasamy were in the fray and they ran a combined time of 3:01.84.

The final Athletics event at 2018 Asian Games has produced a silver for India. Muhammad Anas, Kunhu Muhammed Puthanpurakkal, Arokia Rajiv and Dharun Ayyasamy were in the fray and they ran a combined time of 3:01.84.

ANOTHER GOLD, THIS TIME IN WOMEN'S 4x400M RELAY. Hima Das, Poovamma Raju, Vismaya Koroth and Saritaben Gayakwad have taken the top prize with an incredible combined effort of 3:28.72.

Govindan Lakshmanan was denied a bronze due to disqualification earlier in men's 10,000m. He has a chance to make up for that now in the 5000m event.

Before Johnson, PU Chitra had won bronze in women's 1500m.

EVEN MORE GOOD NEWS. JINSON JOHNSON HAS WON GOLD IN MEN'S 1500M. The athletics field has been a happy place for India this year.

Some good news from Athletics. Seema Punia has won bronze in Women's discus throw. Her throw 62.26 is the one that helps her get the third prize.

Defending champions India out of the semi-final. They will have to settle to fighting for bronze. They lose the shootout 7-6.

He does score but Malaysia score off the next stroke. This is sudden death, meaning that India simply have to score off every shot they have.

Neck to neck stuff here. If the first five shots were all about the two goalkeepers, this is about the shooters. India currently trail 4-5, Manpreet taking and he needs to score.

Sreejesh unable to keep out the final shot, five shots have been taken by each team and it is 2-2

One shot left and Harmanpreet steps up, turns on the spot and scores, India 2-1 Malaysia.

Dilpreet Singh misses but Sreejesh manages to block the next, it remains 1-1

Akashdeep Singh is second for India and he scores. India 1-1 Malaysia

Harmanpreet is first up and he misses. He appeals for obstruction but the TV umpire rules against him

Firhan is the first for Malaysia and he scores. The umpire goes for a referral and the goal stays.

GOAL! Malaysia equalise with less than two minutes remaining on the clock. They might force this game into a shootout after all.

The women's discus throw final is underway. Seema Punia and Sandeep Kumari are in the fray from India.

End of 3rd quarter: An incredible quarter of hockey. India's penalty corners were spot on but Malaysia took advantage of some loose defending to score the one goal they have managed. All set up for a great final quarter now. 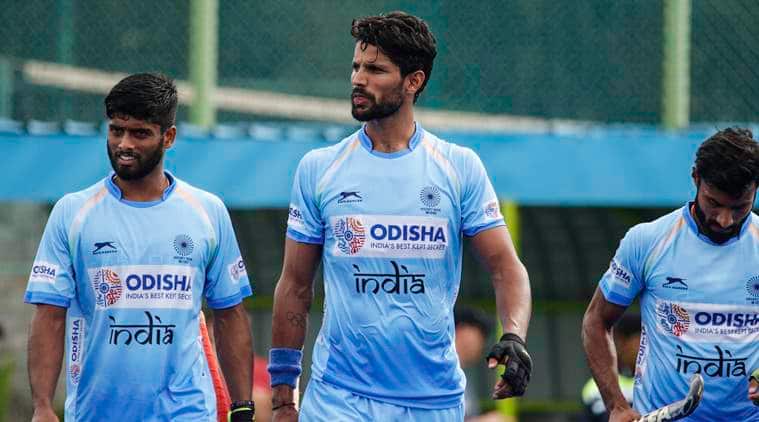 Asian Games 2018 Day 12 Live Updates Live Streaming: Brimming with confidence after scoring record number of goals, title holders Indian men hockey team will be eyeing another dominant outing as they take on tricky Malaysia in the semifinal at the Asian Games on Thursday. India displayed great attacking hockey in the pool stages and pumped in as many as 76 goals in five matches here to create the world record of maximum goals ever scored in a tournament. In the 110 years of international hockey, the 76 goals is the highest-ever scored by any team in a tournament, bettering Argentina's record of 68 goals scored in Pan-Am Cup in London (Ontario-Canada) in 2004.