Australia struck early as England lost their top order in a hurry on Day 2. 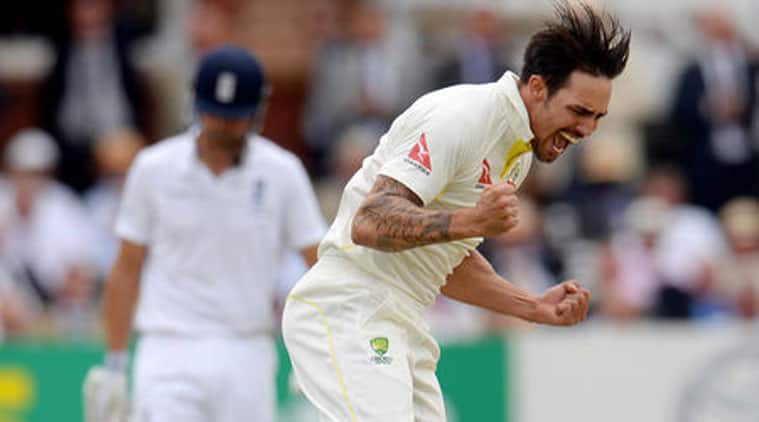 England vs Australia Ashes 2015: England take on Australia on Day 2 of the 2nd Ashes Test on Friday. (Source: Reuters)

Australia, after posting a mammoth score of 566/8, removed England top order without any resistance. The likes of Lyth, Ballance and Root were already back in the hut. The challenge for England is to survive the day and avoid the follow-on tomorrow. (Full Coverage | Fixtures | Photos)

We have made a statement: Rogers

Chris Rogers and Steve Smith shared an unbroken second-wicket partnership of 259 to lift the touring side to 337 for one, the perfect start following their disappointing performance in the first match of the series which England won by 169 runs.

Eng vs Aus Ashes 2015: Chris Rogers admitted that Australia were in the ascendancy in the second Test at Lord’s. (Source: Reuters)

Bowled too many bad balls: Anderson

England did not bowl badly but failed to hit the disciplined lines that set up their surprise 169-run win in the first Test in Cardiff last week.

Chris Rogers and Steve Smith plundered superb centuries to lead Australia to a commanding 337 for one on the first day of the second Ashes Test against England at Lord’s on Thursday.