What is sexual intent in sexual harassment? Here’s what courts have said

The court clarified that a physical contact could be given the colour of sexual harassment if it has an undertone of sexual nature or a sexual purpose. (Source: File Photo)

The observation by the Delhi High Court came during the hearing of an appeal by a Central Road Research Institute scientist challenging the clean chit given to her former colleague. She had alleged that while working in a laboratory of CSIR, the respondent entered the lab, snatched papers from her hand and threw them. She further alleged that the respondent had locked the door of the lab and was shouting and abusing a fellow doctor.

Here are the observations of other courts on sexual harassment

Blow on the back: In August 2017, a Delhi court ruled that a mere blow on the back could not be given a connotation of sexual harassment. The incident dates back to 2015, where two girls on a scooter were heading to school when the alleged accused obstructed their way, standing in front of the scooter and throwing garbage. The court recorded that the accused spit on the road and misbehaved with one of the girls after giving a blow on her back with his hand.
The court observed, “Even if during quarrel, the accused gave hand blow to victim on her back, then that act will not amount to showing any feeling or indication of sexual intent. Simply saying by the victim that ‘chhed chhad’ (teasing) was done is not fulfilling the ingredients of Section 11 of the POCSO Act,”

Sexually coloured remarks: In 2015, two men, petitioners, went on to a Bengali talk show named ‘Shonge Srijit’ and the host, also one of the petitioners in the case, ascertained if the other two petitioners were in love with the complainant. The two guests giving an analogy, reverted that they enjoyed playing cricket in the playground of Eden though the playground Eden did not allow them to play cricket at a time, while one played in the morning, another played in the evening.

In November 2016, the Calcutta High Court ruled, “This is clearly an innuendo referring to the sexual relationship with the complainant which has the sexual flavour to bring the same within the ambit of “sexually coloured remarks.” This conversation may give entertainment to the viewers at the cost of humiliation of the complainant who, as already pointed out by me, not only belongs to the same profession of the petitioners, but also the friend of both the petitioners for more than a decade.”

Abuses or type of words: In 2014, two minor girls were standing in front of their house in East Delhi, when 10 men, allegedly drunk, abused the girls and tried to drag them out of the house. The men ran away when the girls raised an alarm.

Observing the absence of sexual intent, a Delhi court said, “Even if, during quarrel any of the accused gave slaps to the victim or caught her by hairs or abused her, then that act will not amount to show any feeling or indication of sexual intent”.

Definition of sexual harassment under the law:

Indian Penal Code, 1860: Sections 354A (as defined under the Vishaka guidelines), 354B (sexual assault), 354C (voyeurism) and 354D (stalking) are additions made to the statute which explicitly define sexual harassment.

POCSO Act, 2012: Section 11 of the Protection of Children from Sexual Offences Act, 2012 states the definition of sexual harassment in case of a child. The primary aspect of the provision is the intention of the accused and following acts would be construed as sexual harassment if coupled with intention: 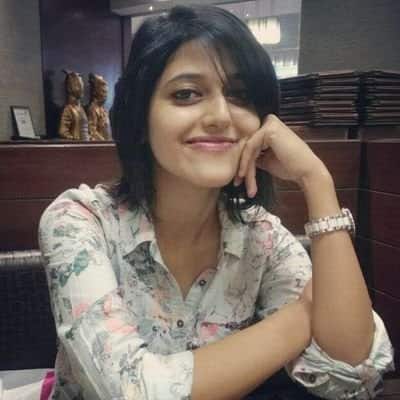