He widely read Indian and world history and wrote aggressively on the oppressive British rule in India, his admiration for fascism and his views on Muslims and Christians. 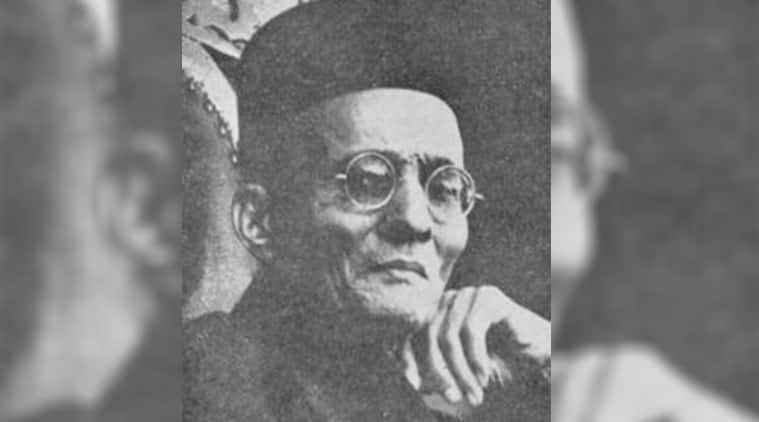 Well over half a century since Savarkar’s death, and especially at a time when the country is being ruled by the right wing, the revolutionary politician’s views have over and again been held up to a debate over Hindutva and its resonance in India. (Wikimedia Commons)

Ever since Vinayak Damodar Savarkar coined the term “Hindutva” and wrote his famous ideological treatise, “Hindutva: Who is a Hindu?,” scholars and politicians have been divided over the interpretation of his ideas of what the Indian nation constitutes. Written and published in the 1920s, while Savarkar was in jail, the pamphlet was path-breaking in the sense that it promoted the idea of Hinduism being a political and cultural identity, invested in all those who lived in India regardless of the faith they followed. Well over half a century since Savarkar’s death, and especially at a time when the country is being ruled by the right wing, the revolutionary politician’s views have over and again been held up to a debate over Hindutva and its resonance in India.

Born on May 28, 1883, to a Marathi Brahmin family, Savarkar had been attracted towards the radical arm of the Indian nationalist struggle since his college days. It was during his time as a law student in England that Savarkar began organising radical political activities for which he was imprisoned. He widely read Indian and world history and wrote aggressively on the oppressive British rule in India, his admiration for fascism and his views on Muslims and Christians.

Towards the end of his life, Savarkar was particularly noted for his detestation for Mahatma Gandhi and was one among those arrested for the assassination of Gandhi, though later he was acquitted. On Savarkar’s 135th birth anniversary, here are five lesser-known facts about him.

His book, ‘The history of the war of independence’, on the 1857 rebellion, was banned by British authorities.

As Savarkar got involved in radical activities while in London, he actively read up on the history of India and decided to organise anti-British activities on the lines of the 1857 revolt. He was so deeply moved by the mutiny tales of 1857 that in 1909, when the British held the 50th commemoration of the 1857 uprising to celebrate their own victory, Savarkar came out with his work “The first war of independence” in which he described the episode as being almost at par with the French and American Revolutions. In the book. Savarkar propounded that the 1857 mutiny was a well-organised and a collective uprising aimed at wiping out foreign power from India. “The seed of the revolution of 1857 is in this holy and inspiring idea, clear and explicit, propounded from the throne of Delhi, the protection of religion and country,” he wrote. 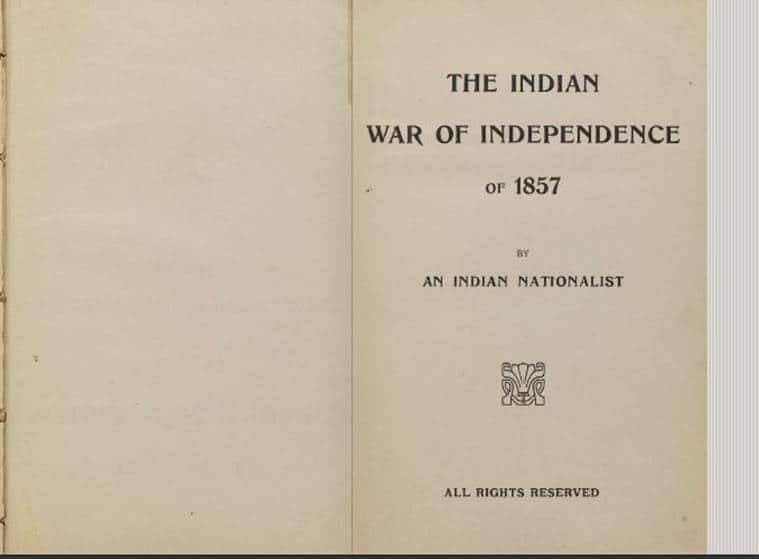 He was so deeply moved by the mutiny tales of 1857 that in 1909, when the British held the 50th commemoration of the 1857 uprising to celebrate their own victory, Savarkar came out with his work “The first war of independence” (archive.org)

The book was first published in Marathi. However, considering it to be inflammatory in nature, the British banned it across India even before it could be published. They even pressured the French press to not publish it. Over the years, however, the book has earned the scorn of Indian intellectuals as well who believe that it advocates an aggressive form of Hindu nationalism. “Savarkar’s account of 1857 has served to legitimise retributive violence in the name of Hindu nationalism,” writes political philosopher Jyotirmaya Sharma.

Savarkar admired Hitler and thought that he was best for Germany

Savarkar was president of the Hindu Mahasabha from 1937 to 1942. This was the most important period in international history and it was during this period that Savarkar repeatedly voiced his views on Indian foreign policy, particularly towards Germany and Italy. Speeches made by Savarkar, during this period, as collected by Italian researcher Marzia Casolari, show his deep admiration for Hitler and his Nazi philosophy. “The very fact that Germany or Italy has so wonderfully recovered and grown so powerful as never before at the touch of Nazi or Fascist magical wand is enough to prove that those political ‘isms’ were the most congenial tonics their health demanded,” Savarkar is believed to have said.

Further, Savarkar publicly criticised the Jews for failing to absorb into the German national fabric and compared them to Muslims in India as well. In 1939, at the 21st session of the Hindu Mahasabha, he is noted to have said that “the Indian Muslims are on the whole more inclined to identify themselves with Muslims outside India than Hindus next door, like Jews in Germany.”

Savarkar supported the establishment of Israel as he saw in the Jewish state a bulwark against Islamic Arab world.

A staunch supporter of the view that Hindu identity was part and parcel of the Indian nation-state, Savarkar held the opinion that Muslims were to be kept outside the country’s social and administrative fabric. In his writings, he often held the colonial view of Muslim men as being aggressive and tyrannical in India. “Intoxicated by this religious ambition, which was many times more diabolic than their political one, these millions of Muslim invaders fell over India century after century with all the ferocity at their command to destroy Hindu religion which was the lifeblood of the nation,” he wrote in his work, “Six glorious epochs of Indian history.”

Consequently, while Savarkar admired Hitler and Mussolini for their fascist views towards the Jews, he still supported the establishment of the Jewish state of Israel. “This was not only in accordance with his theory of nationalism, but he also saw in the Jewish state a bulwark against the Islamic Arabic world,” write Subho Basu and Suranjan Das in their article, “Knowledge for politics: Partisan histories and Communal Mobilisation in India and Pakistan.”

He fiercely opposed the Quit India movement launched by Gandhi

Savarkar was severely critical of Mahatma Gandhi and saw his methods as pretentious. He also criticised Gandhi for his appeasement of Muslims during the Khilafat Movement. Further, he also rejected the Congress’ claim of representing the interests of all Hindus in India. When Gandhi launched the Quit India Movement on August 8, 1942, Savarkar urged all members of Hindu Mahasabha to boycott it. He instructed Hindu Sabhaites who are “members of the municipalities, local bodies, legislatures, or those serving in the army…to stick to their posts across the country”. Though members of the Sabha boycotted the movement, they are believed to have still sympathised with the Congress’ struggle.

In 2015, the Shiv Sena wrote a letter to PM Narendra Modi asking him to “rectify mistakes” by posthumously honouring the revolutionary leader with the Bharat Ratna. The Sena believes that despite the patriotic ideologies propounded by Savarkar, the Indian government has continued to neglect him and that needs to be changed now.

The matter was brought up once again more recently during the controversy over Jinnah’s portrait in Aligarh Muslim University. “In the new regime, Deen Dayal Upadhyay gets honour, his portraits are installed on government walls. But there is no place for Savarkar’s portraits… it (the government) should immediately announce a Bharat Ratna for Savarkar. Otherwise, it should declare that its Hindutva is limited to politics,” Sena MP Sanjay Raut wrote in his column titled Rokthok.