A dead chinook salmon floats in a fish trap on the lower Klamath River on Tuesday, June 8, 2021, in Weitchpec, Calif. A historic drought and low water levels on the Klamath River are threatening the existence of fish species along the 257-mile long river. (AP Photo)

Cutting through the rocky canyons of southern Idaho, the Snake River was once home to millions of vibrant, red sockeye salmon. These industrious fish can travel over 1600km in their lifetimes (the equivalent of swimming from Mumbai to Muscat,) gliding across the American West to reach the Pacific Ocean, only to return home years later to spawn the next generation before dying.

This cycle has endured for millennia, even before the Nez Perce tribe settled across the Columbia River Plateau nearly 11,500 years ago. However, as is so often the story with climate change, the survival of the Snake River sockeyes is now in jeopardy. In 2015, amidst a record-breaking heatwave in Idaho, nearly 99 per cent of sockeye returning from the Pacific died — millions of them were cooked to death in the scorching waters.

For the Nez Perce, this loss is more than just economics. The tribe, like most indigenous populations, consider nature sacred. The salmon is not just a source of sustenance, but also a reflection of their way of life and their symbiotic relationship with their ancestral lands.

Once occupying millions of acres across the Pacific Northwest, the colonisation of the Americas resulted in the Nez Perce losing 96 per cent of their land and 40 per cent of their population as a result of violent conflicts with settlers and raging epidemics imported from the colonisers. Now, they risk losing one of their oldest cultural heritages.

State of indigenous peoples in America

Indigenous peoples are on average poorer and less educated than the rest of the population, according to US census data. A review of Federal Environment Management Agency (FEMA) documents by the New York Times also revealed that tribes are less likely to avail of and receive emergency funding grants in the wake of extreme weather events.

This, combined with their economic dependence on the land, a history of discrimination and an often vague and ineffective federal governance structure, makes tribal populations particularly vulnerable.

Across America, indigenous populations are suffering from the increasing risks of climate change. In the Pacific Northwest, home to the Nez Perce, coastal erosion and storms are destroying tribal lands, forcing them to move inwards.

Advertisement
Also in Research |Coca-Cola, canned food and Jazz nights: What American GIs brought to the streets of Calcutta during WWII

In parts of California and Nevada, extreme heat and drought compromise crop growth and leave reservations without a source of drinking water. In Alaska, where indigenous people comprise 20% of the state’s population, warming temperatures threaten rural tribes whose fishing and agricultural practices are not adapted to longer summers and shorter winters.

For tribes, these changes can be catastrophic, both to their way of life and to their long-term survival. According to a report from the US Department of the Interior, “Indigenous groups are projected to be amongst the communities most heavily affected by climate change” especially since “they are heavily dependent on their natural resources for economic and cultural identity.”

Indigenous peoples have long served as custodians of American land, pioneering practices that allowed ecosystems to flourish over centuries. A study in Brazil showed that deforestation rates across the Amazon were two to three times lower in lands held by indigenous peoples.

Additionally, a UN report on biodiversity found that indigenous peoples hold or manage a disproportionate amount of formally protected areas and areas with low human impact. These groups occupy 28 per cent of the planet’s land mass but more than 40 per cent of its protected areas. The practices used by those groups on protected lands have significantly contributed to their preservation.

According to a consortium of authors writing for the US National Institute for Health, “management practices conducted on many IP (indigenous peoples) lands, including indigenous community conserved areas and sacred sites, contribute to pollution buffering and nutrient cycling.” Moreover, the report notes, “the abandonment of these indigenous traditional management practices might result in increased levels of pollution.”

In recognition of this, government agencies have on occasion sought advice from tribes on their conservation practices. However, when weighing commercial interests against sustainability or the powerful against the marginalised, all too often, the latter are ignored to prioritise the former.

Gregory Hooks and Chad L Smith, in ‘National Sacrifice Areas and Native Americans,’ describe the environmental racism faced by Native Americans as a by-product of the treadmills of production and destruction.

The first treadmill refers to an ecosystem where a “coalition including businesses, labour and government” promotes economic expansion that results in “undesirable environmental outcomes.” The second narrows that focus, pointing to a system of “coercion” in which vulnerable populations like Native Americans are forced to disproportionately endure the destructive effects of these environmental outcomes.

This system, also described as environmental racism, began with the seizure of indigenous land in the early 1800s. In 1830, over 60,000 indigenous peoples were forcibly removed from their lands by the US government, an event now known as the ‘Trail of Tears.’

Describing this forced displacement, Hooks and Smith state that “Native American land…. was concentrated in the states west of the Mississippi, and they tended to be lands that were too dry, remote, or barren to attract the attention of settlers and corporations.” Those same lands are at a heightened risk of climate change due to the prevalence of drought.

Following the confiscation of native lands, the US government promoted commercial activities that led to further exploitation.

In 1944, when the government needed uranium to develop nuclear weapons, it sanctioned the lease of Navajo and Lakota nation lands for the use of uranium mining. Between then and 1986, mining companies blasted 4 million tons of uranium out of Navajo land. And when the Cold War deescalated thereafter, those companies left abruptly, unsafely abandoning more than 500 mines in their wake.

In 1956, cancer rates on the Navajo reservation were so low that a medical journal published an article titled ‘Cancer immunity in the Navajo.’ After being exposed to the mines and having their water supply contaminated by uranium run-off, the Navajo’s cancer rates have skyrocketed.

In areas near former mines, residents suffer stomach cancer at rates 15 times the national average. In some particularly badly hit areas, that number can rise to 200 times. Combined with the effects of climate change, these commercial activities have rendered large parts of reservation land virtually unusable, making tribes dependent on smaller parcels of land which are subsequently overexploited, continuing a negative cycle.

Despite these challenges, indigenous peoples are at the forefront of land conservation and climate adaptation measures. Thousands of years ago, the indigenous peoples of the West Coast would build rock walls at the low-tide line, allowing sand to pile up behind them and subsequently making the slopes of the beach gentler and expanding the area of the intertidal zones that clams occupy.

These simple clam gardens are extremely powerful in boosting shellfish numbers and have long been used to improve food security. Controlled burning of wildlands to prevent the spread of wildfires and improve soil quality was another policy used by tribes, allowing younger ecosystems to flourish and thereby improving biodiversity.

More than just their techniques, perhaps more importantly, the indigenous lifestyle was rooted in their respect for nature and, as such, tribes maintained a delicate balance of what they took and gave back to the earth. Hunting, fishing and agriculture were all conducted on a subsistence basis and as a result, indigenous lands were rarely overexploited.

As new challenges arise, indigenous peoples are once again responding to the crisis. According to a University of Oregon database, at least 50 tribes across the US have addressed climate risks and developed plans to tackle them.

To combat the decline in salmon populations in the Snake River, the Nez Perce tribe has worked with other tribal leaders and the US government to create a conservation framework, issuing an advisory report to Congress outlining what measures should be adopted.

One such measure, which has been supported by both senators from Idaho (in a rare bi-partisan agreement,) is the dismantling of four dams on the Snake. The Nez Perce have also purchased a conservation easement at the head of the Snake with the intent of using it to reintroduce sockeye salmon into the waters.

Representatives from the tribe have written an open letter to President Joe Biden, encouraging him to back this proposal and describing the preservation of the sockeye salmon as their duty to a species that has given them so much.

The block that keeps the NBA Finals alive 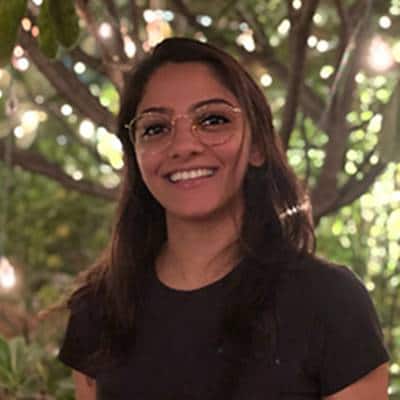