Muslim-born Salabeg, the Jagannath devotee who brought the Lord to the masses

The Jagannath cult is believed to be thousands of years old and has evolved over the years. 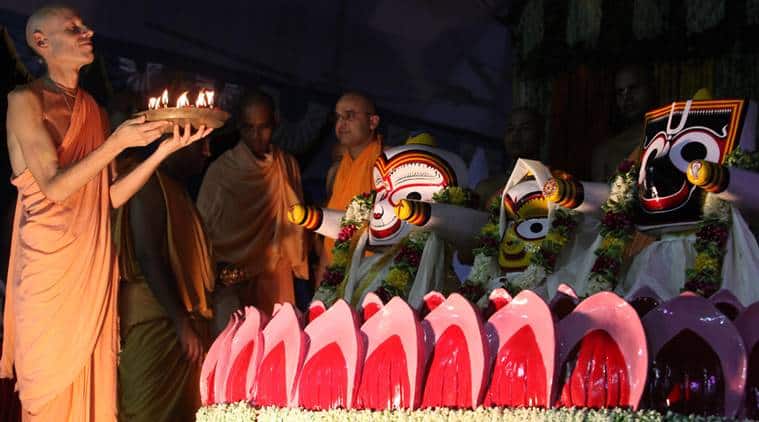 The grandiose Puri temple, dedicated to Lord Jagannath, his brother Balbhadra and sister Subhadra, is of paramount importance to Hindus as one of the four abodes or chardham and hence a sacred pilgrimage site. This centuries-old temple and stories of its origination find mention in old Hindu texts such as Brahma Purana and Rig Veda. Over the years, the cult of Lord Jagannath has expanded and transformed. There have been several devotees, stories of whose devotion became a part of the folklore associated with the temple. But one story stands out, that of Salabeg, a 17th-century poet who wrote paeans in praise of the lord.

Brother Balabhadra leads the way.
In the middle comes,
the sister with a pretty moon-face,
mingling with the noisy crowd
The ‘Dark One’ follows behind.
Says Salabega, i am a Yavana

The excerpt from one of the most popular poems written by him describes the annual ‘Rath Yatra’ of Lord Jagannath during which the wooden statue of the Lord is taken out of the temple, placed on a cart and paraded around the town for his devotees to have a glimpse.

There are a number of folklores associated with Jagannath temple which throw light on Salabeg’s deep devotion for the Lord. However, to ascertain his exact origins and identity, using the literary proofs that exist beyond his creations, it can be assumed that Salabeg was born in early 17th century. “Some have worked on his date of birth as 1606 or 07. As his writings say, he was the son of a Muslim father and Brahmin mother,” says Pritish Acharya, professor of history at Regional Institute of Education in Bhubaneswar.

Muhammad Yamin, the author of the book ‘Impact of Islam on Orissan culture’, in one of his articles, cites references from Baharistan-i-Ghalibi by Mirza Nathan and Dandyatabhakti Rasamruta of Ramdasa to corroborate these claims. Going by these accounts, it can be concluded that Salabeg’s father Jahangir Quli Khan or Lalbega served as Subedar of Bengal from 1607 to 1608. Salabeg’s father died just a year after he was born and hence he spent most of his time with his mother. This could explain his devotion to Lord Jagannath. Salabeg and his literary creations

The expansive complex of Lord Jagannath temple is every day visited by thousands of worshipers who sing songs, a number of them written by Salabeg. “Salabeg is eulogised a lot in Odisha. No doubt he is a great poet. He has helped a lot in simplifying the Jagannath tradition and making it easy to understand for the people. A movie has also been made on him because of his popularity,” says Prof Acharya.

According to local folklore, Salabeg began writing his bhajans in praise of Jagannath after his supplications were answered by the Lord. Yamin, in his book, has described the story as: “On the day of the car(t) festival, Nandighosha, the car(t) of Jagganath, on its way back to Simandira, did not move and remained static till the arrival of Salabeg at Puri.”

As the legend goes, after getting a glimpse of Lord Jagannath, Salabeg started living in Puri and composed his ‘bhajans‘ while living at the same place for the rest of his life. After his death, Salabeg was cremated at this very location where now lies his Samadhi — at Badananda in Puri’s Grant Road.

“Salabeg is the only devotee of Lord Jagannath whose Samadhi is situated on the way through which his chariot passes. To commemorate his devotion, every year during the Rath Yatra, the chariot is stopped outside his Samadhi for five minutes,” says Suryanarayan Rath Sharma, researcher and a specialist on Jagannath culture.

Salabeg’s literary contributions also came at a time when Bhakti movement in India had reached its pinnacle. The movement, which sought reformation of Hinduism by doing away with the priesthood and establishing a direct contact with the God, saw the emergence of poets and writers like Kabir, Nanak, Mirabai and Tulsidas among many others. “The 17th century Bhakti literature was an attempt at reaching out to God without the inter-mediation of priests. These people, including Dasia Bauri who belonged to a lower caste and Dinakrishnadas who was a leprosy patient, were not allowed inside the temple and thus approached Lord Jagannath through their poetry,” added Prof Acharya. 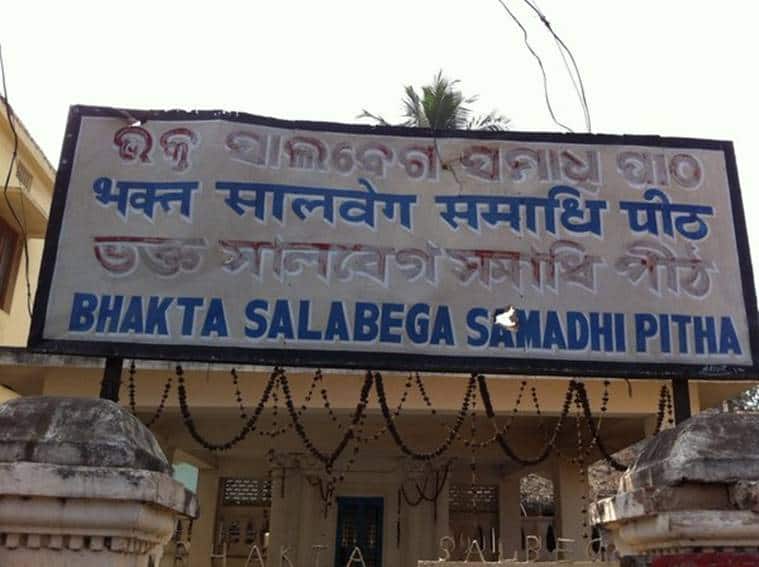 Contribution to the Jagannath cult

The Jagannath cult is believed to be thousands of years old and has evolved over the years. The main temple complex now houses more than 30 small and big temples dedicated to different deities. These structures were added over time as the tradition developed and transformed. One of the biggest changes which the temple witnessed was during this period, ie 17th and 18th century, when new poets and writers started using Odia language instead of Sanskrit to write Bhajans of Lord Jagannath.

“Earlier, only Sanskrit bhajans were sung inside the temple but these poets brought Odia in 17th and 18th centuries which helped in understanding the culture better. Salabeg popularised Odia literary tradition; he did not write chaste Odia and there lies his success because very ordinary people could also understand his bhajans,” added Prof Acharya.

Salabeg also holds a greater importance because his poems and writings have now become an integral part of the Jagannath tradition. Apart from him, there have been several other poets in Odisha with similar origins, like Uzir Beg, who have contributed to the cult of Jagannath.

BP Sahu, professor of history at Delhi University, finds nothing strange in Salabeg’s influence on Jagannath culture. “We try to look at the medieval times from the 21st century lens and if we look at it in that way, we will see Hindus and Muslims as polar opposites, which was not the case at that time.” He adds: “The Jagannath culture is not static and is developing. These contributions have only helped in diversifying it.”