Here is everything you need to know about Indian Jews

The Jewish community in India is one among a large number of groups who had come from outside the country’s modern territorial borders and made India their home. However, what marks the Jews out is their ability to blend into the local culture of the region. 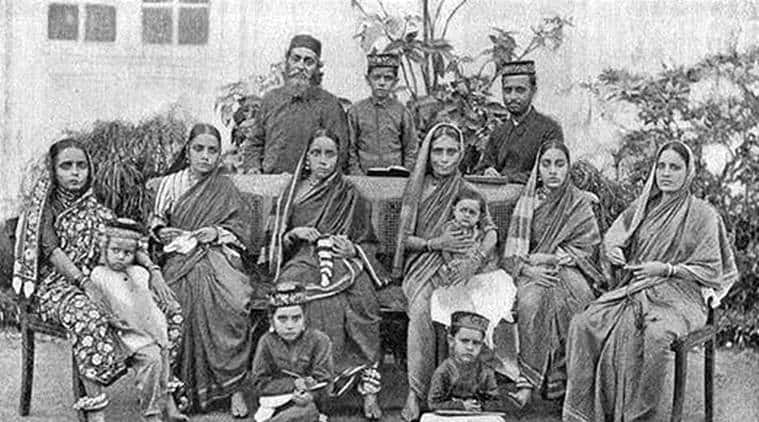 The Jewish community in India is one among a large number of groups who had come from outside the country’s modern territorial borders and made India their home. (Wikimedia Commons)

Tucked away in a corner of the high-end Humayun Road, near Khan Market, lies a modest looking structure, hardly noticeable to a passerby except for the large Star of David that adorns its front wall. Locating this humble piece of architecture is not an easy task as the community it represents, the Jews, is barely recognised by those inhabiting the area. The Synagogue Judah Hyam Hall is the only place of worship in Delhi for Jews, a special minority group whose entry into the country can be traced to 2,000 years back. On Tuesday, as PM Narendra Modi lands in Israel as the first Indian prime minister to do so, this tiny and barely visible community in India has demanded minority status for themselves, more as an attempt to get recognition for the large contributions they have made to India’s socio-cultural life, rather than for distinguishing themselves from the Indian majority.

“Israel is in my heart, India is in my blood,” says Ezekiel I Malekar, the Rabbi (head priest) of the Synagogue Judah Hyam Hall. The Rabbi, who has been the head secretary and caretaker of the synagogue since 1980 without any form of remuneration, claims that for the Jews in India, they are Indians first and Jews second. Looking back at the long history of association between Jews and Indians, he claims India is the most tolerant country in the world and one of the only places where Jews did not have to experience anti-semitism. The Synagogue Judah Hyam Hall is the only place of worship in Delhi for Jews, a special minority group whose entry into the country can be traced two thousand years back. (Express Photo)

The Jewish community in India is one among a large number of groups who had come from outside the country’s modern territorial borders and made India their home. However, what marks the Jews out is their ability to blend into the local culture of the region, through continuous contact with the natives and then the later foreign visitors. At present, numbering some 6,000 across India, the Jewish Indian identity developed over time. While today this small, tightly integrated group is busy protecting the last remnants of Jewish heritage in the country like the 35-odd synagogues spread across India, some cemeteries and schools, they are also known to have made significant entrepreneurial and cultural contributions to India’s rich history.

The three branches of Jewish identity in India

In his work on the Jewish community in India, Professor Nathan Katz makes an interesting point about the Indian case of contact with outsiders. “The study of Indian Jewish communities demonstrates that in Indian culture, an immigrant group gains status precisely by maintaining its own identity,” writes Katz. This phenomenon, he says, is demonstrated not just in the case of the Jews but also in the case of Zoroastrians, Christians and Tibetan Buddhists. Among the Jews, however, they did not just maintain their identity, but also welcomed influence from local cultural trends to mould it.

Jews in India, unlike those across the globe, are divided into three distinct groups as per their geographical location and origin myths in the country — the Cochin Jews, the Bene Israeli and the Baghdadi Jews. Each of these three categories arrived at different points in time and formed their Jewish identity as per the historical forces operant in India at that time. 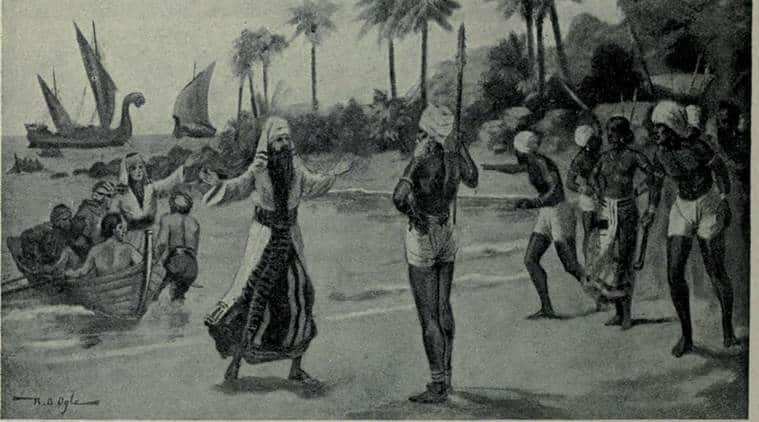 The Cochin Jews who first arrived in the contemporary state of Kerala are dated to about 50 CE. The local legend states that they moved to the country after the first temple was destroyed during the siege of Jerusalem and were warmly received by Cheraman Perumal, the ruler of the Chera dynasty.

The Bene Israeli, that numerically form the largest Jewish group in India, belong to the region in and around Maharashtra and Konkan. The date of their arrival is yet to be ascertained, but a local legend suggests that the Bene Israeli arrived between 1600 and 1800 years back when they were shipwrecked on the Konkan coast. As per the legend, only 14 of them survived and they took refuge in a village called Nawgaon, close to Bombay, now Mumbai. Over the years, this myth of origin has been grafted into the legend of the ten lost tribes of Israel, and the Bene Israeli are known to have originated from the northern part of Israel.

Like the Cochin Jews, the Bene Israeli also expanded the local origin legend to accommodate the folklore associated with the natives. Over time, most Bene Israeli historians pointed to the similarity between their origins in India and that of the Chitpavin Brahmins who also claimed to have arrived from outside after a shipwreck. The Bene Israeli, that numerically form the largest Jewish group in India, belong to the region in and around Maharashtra and Konkan. (Wikimedia Commons)

Speaking about the exchange of culture between the Jews and Indians, Rabbi Malekar mentioned that each of the groups had adopted several aspects of the local culture. “The Bene Israeli who went back to Israel still speak Marathi, they wear the local Maharashtrian dress and tie the Mangal Sutra in weddings,” he said. Use of coconut oil and camphor inside the synagogues, haldi and henna in weddings are few other examples of a Jewish culture in India, heavily influenced by Indianness.

After Israel’s independence in 1948, a large number of Jews left India in the hope of going back home. While most went in the hope of a better lifestyle and prosperity, breaking the ties with India was not easy.

The famous Jews of India

One of the most influential names in the history of Jewish presence in India is that of businessman Shaikh David Sasoon who arrived in Bombay in 1828. His arrival marked the beginning of the prosperity of Baghdadi Jews in India. Once in Bombay, he dominated the import-export trade. Starting with opium first, he moved his trade interests to real estate and textiles, gradually becoming the patriarch of one of the wealthiest Jewish empires in the world. The Sasoon empire soon spread from Bombay to Calcutta to Shanghai, Amsterdam, London and New York. As much as he was known for his business achievements, he was also a reputed philanthropist and went on to build several synagogues, hostels, schools, hospitals, libraries and charitable institutions. 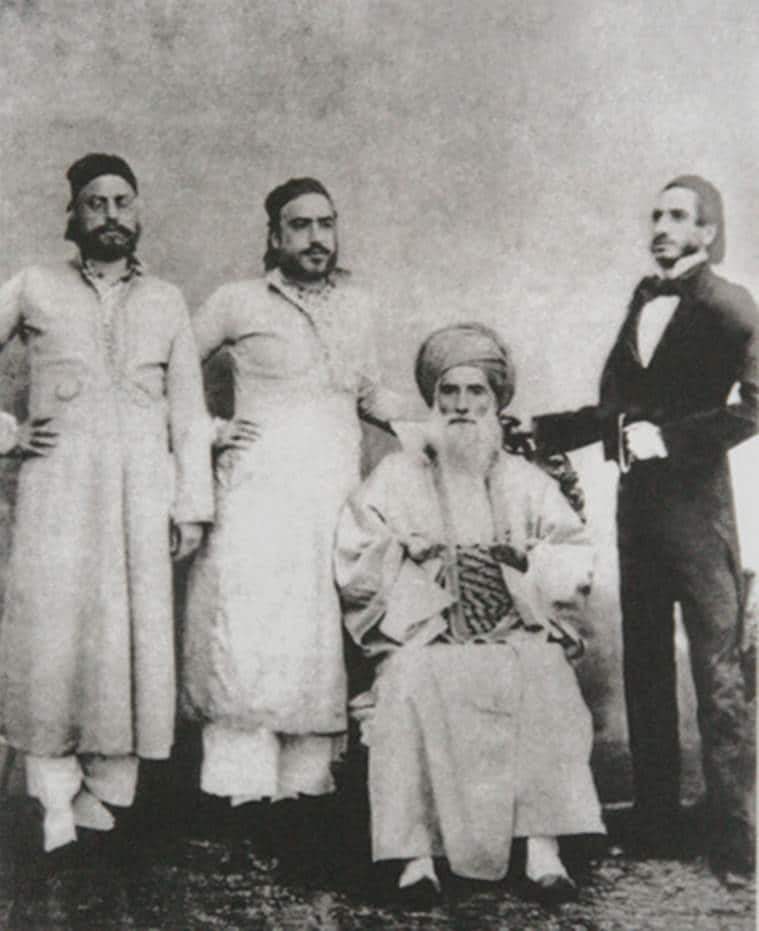 The Jewish presence in Kolkata is best felt when one drops by into the iconic bakery Nahoum and Sons in New Market. Established in 1902 by Nahoum Israel, the bakery was later managed by his son, David Nahoum who passed away in 2013. Famous for its rich fruit cake, the bakery had been an instant hit among the local British population when it opened and was later much loved by the local Bengali population.

Known for his contribution to secure India her victory in the 1971 Indo-Pakistan war, J F R Jacob was born in Calcutta in 1924 to a Jewish family whose presence in India can be traced back to the 18th century. Jacob served as Chief of staff of the Indian Army’s Eastern Command during the war and was awarded a commendation of merit for his role.

There are several other Indian Jews who have made a name for themselves in the world of art, theatre, business and several other aspects. When asked why after years of integration and peaceful coexistence did the Jews now demand minority status in India, Rabbi Malekar said that “our contribution to the progress and development of India has been great. At least as token, the Indian government can now grant our tiny community the benefits given to any other minority group in the country.”

Use of legislature to punish officers will hurt constitutional working: Yogendra Yadav