Ramzan: Practices and rituals you probably didn’t know about

Many among us know about roza as an essential practice among Muslims during Ramzan, did you know there are many other rituals that are followed as well? This ranges from e'tikaaf (a form of seclusion) to taraweeh (a special prayer at the end of the day). 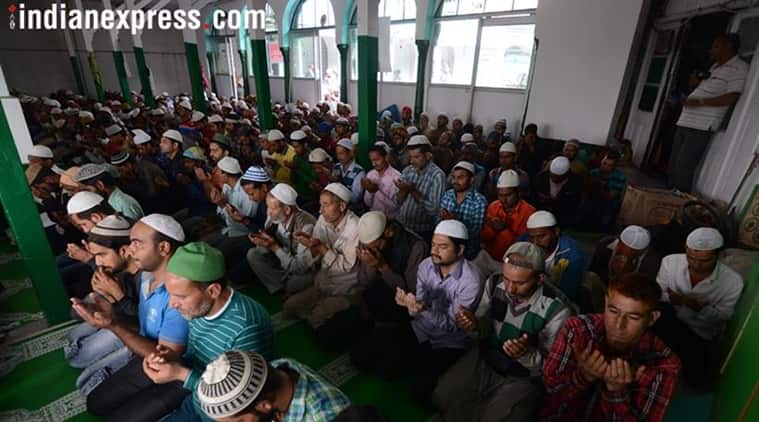 Indian Muslims offer prayers during the holy Islamic month of Ramadan at a mosque in Allahabad, India. Muslims throughout the world are marking the month of Ramadan, the holiest month on the Islamic calendar during which devotees fast from dawn till dusk. (Express photo by Pradeep Kumar)

When one talks about Ramzan, the holy month of Islam, the three things that popularly immediately come to mind for the medium-initiated are roza, salat (prayers five times a day) and iftar. While roza stands for fasting and salat/namaz for prayers, iftar stands for the breaking of the fast. But not known to many, there are actually many other rituals and practices that are associated with Ramzan — from e’tikaaf (a kind of seclusion) to suhoor (the polar opposite of iftaar, since it’s the last meal to be had before dawn).

Interestingly, the suhoor, or sehri, itself is almost equal — if not more — rich in content. As American author Sara Suleri evocatively describes sehri at home in her book ‘Meatless Days’, “The food itself, designed to keep the penitent sustained from dawn till dusk, was insistent in its richness and intensity, with bread dripping clarified butter, and curried brains, and cumin eggs, and a peculiarly potent vermicelli, soaked overnight in sugar and fatted milk.”

But let’s not digress from the spiritual and meditative aspects of this holy festival that spans 29-30 days, ending with the joyous sighting of the iconic sliver of the moon that would signify Eid ul-Fitr. The purpose of the month itself is to mainly inculcate three things among believers, “the spirit of God-fearing, the spirit of thanksgiving and the spirit of patience,” says Maulana Wahiduddin Khan, an Islamic scholar and founder of the Centre for Peace and Spirituality International. “Tazkiyah is also one aspect of the quran — to purify your soul, inculcate positive values,” he adds.

“The aim behind keeping roza is to purify oneself. One lessens the food intake, gives rest to the body and, of course, there is the importance of prayers during this time… especially at night after the obligatory prayer called Isha, there is another called Tahajjud, which is not compulsory, but during Ramzan people usually go to the mosque for these prayers. They would read the raqat (long section of prayers), either individually or collectively during this time,” explains Dr Zafarul-Islam Khan, President, All India Muslim Majlis-e Mushawarat, and editor of ‘Milli Gazette’.

Here it’s important to note that there are two aspects to the rituals and practices of Islam — farz (compulsory rules) and sunnat (culture or the recommended way of doing something, according to Prophet Mohammad). For instance, during Ramzan, keeping roza is a farz, but breaking the fast with a date (because that’s what the Prophet is said to have broken it with) is a sunnat. Similarly, before performing namaz, doing wazu (washing one’s hands and feet) is a farz, but starting the ritual of wazu with the right hand is a sunnat.

Here’s briefly looking at the various rituals and practices associated with Ramzan.

Everyday, from the start of the ninth lunar month of the Islamic calendar, mosques around the world sound a siren around two hours before dawn for people to partake of the pre-fast meal, or sehri. This comprises a heavy meal that would prepare one for a day of no food and water, so it has to be nutritious as well as substantial.

At dawn, another siren is sounded. It is recommended that Muslims recite parts of the Quran before the roza begins, with the intention of bringing the believer closer to Allah. But roza is not only about not eating and drinking during dawn to dusk, but also abstaining from all desires — including sex or even puffing a cigarette. The idea is to detoxify the body, mind and soul.

This is the breaking of the fast — preferably as a family and community — at Maghrib (around sunset). This is usually done with dates, and followed with fruits and then the more popular kebabs and other meat dishes. Iftar get-togethers and parties are quite common now around the world, as it promotes a sense of togetherness, and often people of other faiths also join in the celebrations.

This is a special addition to the Isha prayers for this month, and are prayed in pairs of two, but this also comes under sunnat and is thus not obligatory.

Performed after the Isha prayers, especially after 12 midnight, prayers of tahajjud are not restricted to just the month of Ramzan. However, many believers do make it a point to go to the mosque for these prayers late into the night, so that they may pray together and there is an amplification of positive energies.

E’tikaaf literally means going into seclusion. So it is not obligatory, but some people if they have enough time, they practise e’tikaaf, which means staying in the mosque for around 10 days, or the last few days of the month. During e’tikaaf, people recite Quran and Hadiths, and offer salat, explains Maulana Khan.

Among the five duties of a Muslim is to give alms to the poor in the form of a religious obligatory tax. Though it is waived the for the absolute downtrodden, or those who do not have a minimum income called nisab, but most are recommended to give a zakat in order to earn merit. It is customarily 2.5 per cent or 1/40th of a Muslim’s savings, and is believed that zakat given during the Holy Month accrues special merit. Though this is often regarded as a private and voluntary act, in some Islamic countries such as Malaysia and Saudi Arabia, it is mandated by the state.

Otherwise broadly an act of giving, during Ramzan, Fitrah translates to donating 2.5kg grain (any kind) or its equivalent cost by those who can afford it, to the poor, during the period of Ramzan. People usually give it towards end of the month.

Dr Zafarul-Islam Khan quotes legend to say that during ancient times, the archangel Jibreel would make it a point to rehearse the Quranic revelations each year with the Prophet, which has further translated to people reading the Holy Book at least once in full during the month. Though these eight rituals and practices are a combination of being mandatory and optional, depending on the believer, the essence of Ramzan remains the same — that of coming closer to Allah, self-purification, and cleansing of the body and soul, along with a sense of gratitude and harmony among people.