With less than 10% seats, Congress may lose Leader of Opposition post in Gujarat

In 1985, the winners, Congress, had made the Janata Party chief the Leader of the Opposition under similar circumstances, onus on Speaker of the new Assembly 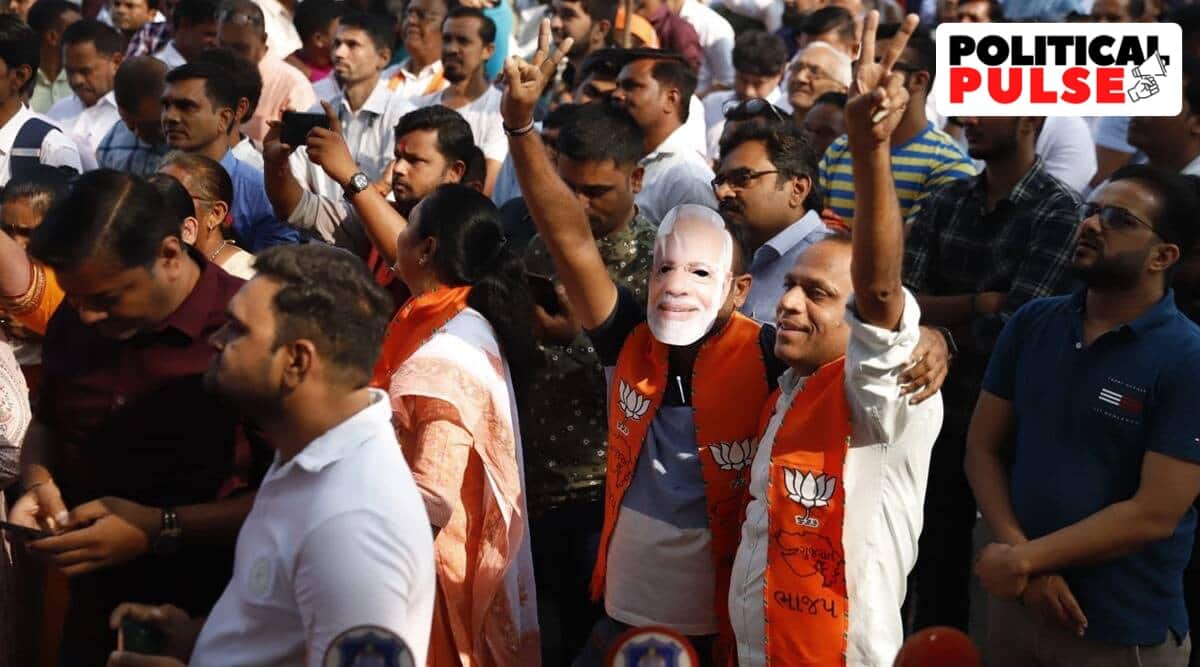 The BJP’s landslide victory in Gujarat poses another existential crisis for the Congress. With the party reduced to 17 seats in a House of 182, with the BJP winning 156, the Congress now faces the risk of losing the post of Leader of the Opposition (LoP) in the Assembly.

On Thursday, replying to a question on what if the Congress did not get 10 per cent of the total seats in the Assembly, Gujarat BJP chief C R Paatil said, “Then its right to be the opposition party will be taken away.”

A senior officer of the Gujarat Assembly, who wished to remain anonymous, said, “There is no codified rule in the Gujarat Assembly on granting the status of LoP. However, a norm is being followed by the Speaker since 1960, according to which any party that gets a minimum of 10 per cent of the total seats, gets recognised as an opposition party.” The Congress is one short of the 10% mark, at 18 seats.

“In case opposition parties individually fail to get 10 per cent of the total seats, it is left to the Speaker on whether to grant the status to the largest opposition party or not,” the officer added. As per the prevailing norms, the Congress is one seat short of getting formally recognised as an opposition party in the state Assembly.

Senior Congress legislator from Anklav constituency and former president of Gujarat Pradesh Congress Committee, Amit Chavda, said, “The ruling party can implement the norm (by not granting the status of opposition party to the Congress) if they wish so. If they do not want to implement the norm, then there are instances in the past when the status was granted to a party even if it was short of the number of members as per norm. There are no fixed rules. It is up to the ruling party.”

Must Read |Gujarat elections: How BJP’s historic win was helped by Modi juggernaut – and a failing Congress and over-ambitious AAP

Chavda cited the example of Rajkot Municipal Corporation, where, despite the Congress not having enough seats to get the status of opposition party, was granted the same. There is more precedence. After the 1985 Gujarat Assembly elections, when the Congress had won 149 seats, the Janata Party 14 and the BJP 11, Janata Party leader Chimanbhai Patel was made the LoP.

Must Read |BJP’s tale of contrasts: Why Gujarat strategy clicked, but Himachal did not

The post of LoP is also undefined in the Lok Sabha at the Centre, and has an uneven history. For several years in the early decades of the Republic, there was no provision for it. Since the time it became regularised, too — in the era of coalitions that began in 1989 — the directive of the first Lok Sabha Speaker, G V Mavalankar, that for a party to be recognised as the main opposition party, it has to win at least 10 per cent seats, has been followed as norm. This has never been legislated, though. Hence, since 2014, when the Congress returned as the largest opposition party but with less than 10 per cent seats, the BJP-led NDA did not allow the position to be filled, though it allowed the designated leader of the largest opposition party — the Congress — to sit on panels where the LoP’s presence is required.