Will highlight issue of cooperation against blackmoney at G20: PM Modi

"A key issue for me would be to highlight the importance of international cooperation against blackmoney," said Modi. 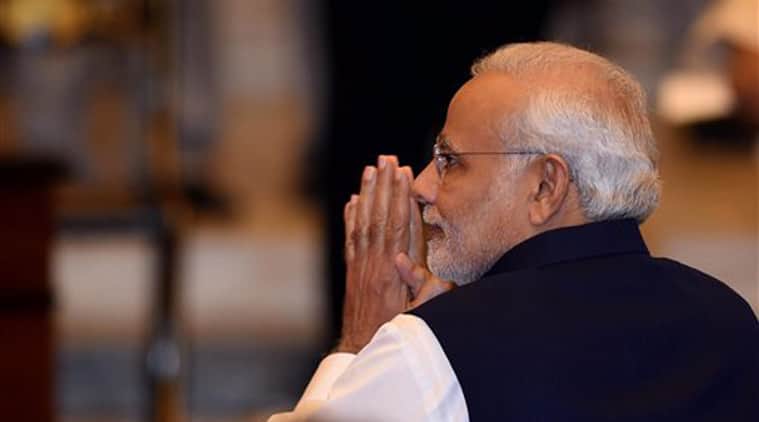 “A key issue for me would be to highlight the importance of international cooperation against blackmoney,” said Modi. (Source: PTI)

Prime Minister Narendra Modi on Monday said the importance of global cooperation against blackmoney will be a “key issue” he will highlight at the upcoming G20 summit in Brisbane, as he embarks on a three-nation visit from Tuesday.

Seeking to inject momentum in the country’s ‘Act East’ policy, Modi will undertake the 10-day visit of Myanmar, Australia and Fiji to attend key multilateral summits and undertake bilateral meetings during which India is expected to push for steps to create more jobs and improve world economy.

“A key issue for me would be to highlight the importance of international cooperation against blackmoney,” Modi said in a pre-departure statement.

As India attempts to unearth blackmoney stashed abroad, Modi is expected to renew the country’s commitment to a global response to deal with cross border tax avoidance and evasion.

In the statement, Modi said during the course of the ASEAN-India and East Asian summits in Myanmar Capital Nay Pyi and at the G20 summit in Brisbane and bilateral visits to Australia and Fiji he will meet over 40 leaders from countries representing Asia, Africa, Europe, North America, South America and Pacific Region.

At the annual summit of the Group of 20 of the world’s biggest developed and emerging economies, Modi said he intends to dicuss how it can accelerate creation of next generation infrastructure, which also includes digital infrastructure, and ensure access to clean and affordable energy. The two-day summit will be held from November 15. G-20 accounts for 85 per cent of the world’s economic output.

During his foreign tour, Modi will undertake a bilateral visit for talks with Australian Prime Minister Tony Abbott in Canberra after the G20 summit.

Modi will be the first Indian Prime Minister to visit Australia in 28 years since Rajiv Gandhi in 1986.

“While we have much in common with Australia, our political, strategic and economic relations have been below potential.

A closer strategic partnership with Australia will support India’s economic goals; promote our security interests, including maritime security; and, reinforce our efforts to foster a climate of peace and stability in our extended continental and maritime neighbourhood,” he said referring to his four-city, three-day visit from November 16 that covers Melbourne and Sydney besides Melbourne and Canberra.

Every cricketer aspires to wear whites for his country: Karn Sharma