Before 2024 battle royal, Bengal parties get ready for February face-off

TMC has started outreach ahead of panchayat elections, BJP to campaign on anti-corruption message, and CPM to launch a statewide programme. 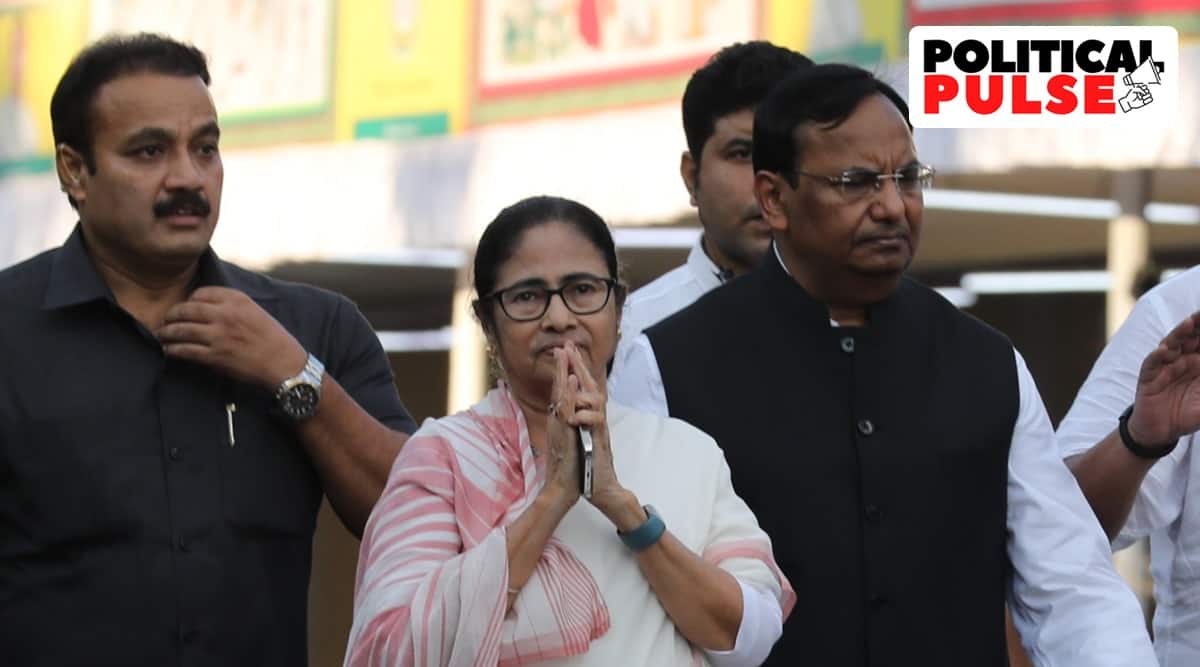 There is never a lull in the rough and tumble of West Bengal politics and this year has already seen civic body elections, arrests of Trinamool Congress (TMC) leaders in cases of alleged corruption, and the BJP’s attempts to put its house in order before the rush towards the election season in 2024.

But, before the all-important general elections, the political parties have to face a crucial test next February during the panchayat elections. And all the major parties are getting ready for the preliminary contest.

The women’s wing of the TMC started its “Chalo grame jai (Let’s visit villages)” programme to reach out to villagers from November 1 and this will continue till November 12. The party plans to organise panchayat meetings in every district and booth that will be attended by the top leadership of the Trinamool Mahila Congress. Starting Tuesday, the TMC women’s wing has been organising processions, gram sabhas, meetings at street corners, and door-to-door outreach to find out if women in remote villages are receiving the benefits of the Mamata Banerjee-led government’s welfare schemes. The women’s brigade will then prepare booth-wise reports and submit them to the party leadership by November 25.

The initial response was promising, said TMC state president and state minister Chandrima Bhattacharya. “This campaign will continue for the next two months. We got a huge response on the first day. The CPI(M), the Congress and the BJP are conspiring to defame the Trinamool government. But, that will not be successful,” she said.

The ruling party has been on the back foot the past few months over the school jobs scam and investigations into several of its leaders, including Chief Minister Mamata Banerjee’s nephew Abhishek Banerjee. It is keen on maintaining its grip on rural Bengal before the Lok Sabha elections and, according to insiders, the leadership wants to avoid a repeat of the political violence that broke out in the aftermath of the Assembly polls last year. There had been widescale violence in the panchayat polls in 2018 too and the BJP went on to post its best-ever result in parliamentary elections in Bengal the following year.

Opposition parties such as the BJP and the CPI(M) have also started gearing up for the rural civic elections. The Congress, which does not have as wide a statewide organisational network as the others, has not announced any programme yet. Its state president Adhir Ranjan Chowdhury, however, is concentrating his efforts on the party’s traditional stronghold Murshidabad.

The BJP, party insiders said, was preparing the blueprint for its panchayat campaign whose main plank would be the party’s anti-corruption message. The party is planning to reach out to voters starting this month. Sources in the party said the BJP central leadership had directed the state unit to prepare a list of corruption allegations against the gram panchayats the Trinamool controls and deploy location-specific messaging. If required, issue-based meetings and processions should be held, the BJP high command is learnt to have told its state leaders.

Said a BJP leader, “The BJP can use many other issues, besides local issues, in the panchayat fight. For example, allegations of corruption in the work of MGNREGS. Complaints of corruption in central schemes and recruitment corruption. Villagers too are searching for alternatives. We want to establish ourselves as a credible Opposition in the next couple of months.”

The CPI(M), meanwhile, has announced a statewide “Gram Jagao, Bangla Bachao (Awaken villages, save Bengal)” programme that will be held this month. The party has also finalised the slogans its leaders and workers will use to attack the ruling party.

A senior CPI(M) leader said, “Since Diwali, we have been trying to rush towards the panchayat elections. We will touch every booth in panchayat areas to strengthen our booth-level organisation. Booth-based teams are also being created for that. These teams will be led by young leaders such as DYFI state secretary Meenakshi Mukherjee, Dispita Dhar, and others. We know that in the panchayat elections we will not be in the driver’s seat. Now, the primary Opposition party in the state is BJP. We want to regain that position so that we put up a good performance in the Lok Sabha elections.”